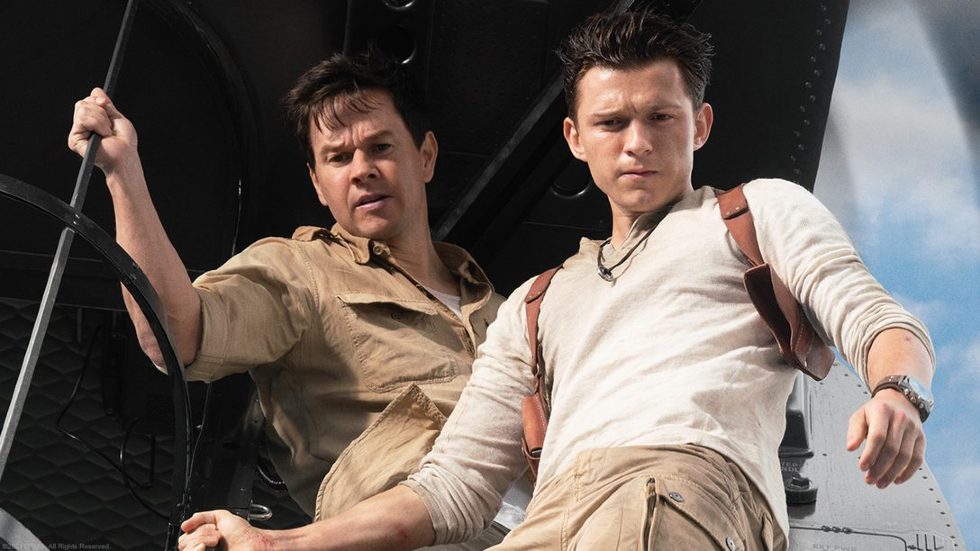 Uncharted is something of a paradox, perhaps a little bit of one that goes in directions that are better left…. uncharted.

Fine. Fine. I do this review seriously.

Uncharted is a movie that brands itself as being for everyone — both video game series fans and action flick aficionados. And that’s all well and good! But it puts it on a path that holds it back from being a film rooted in its direction.

Uncharted Doesn’t Take Itself Too Seriously

The major problem I have with video-game adjacent films and TV shows is that they exist on a spectrum of ultra-faithful or the most recent Mortal Kombat, which is to say they hit major characters and plot points, but not much else.

I will comment that a rare exception to this rule is 2020’s Sonic The Hedgehog, which didn’t take its source material too seriously, but it also didn’t take itself too seriously. The resulting film is one that charms and delights. Even if it’s cheesy, it knows who it is for — ’80s kids who now have kids of their own.

Uncharted charms, particularly with Tom Holland, but it doesn’t know who it’s for.

Is that a new PlayStation Productions animation? 👀

See it on the big screen before the @UnchartedMovie action begins! pic.twitter.com/FB8kXyyMAy

The movie starts with a Marvel-like Sony title screen that is a chef’s kiss for any PlayStation fan, and the film features more than enough Easter eggs, a very special cameo and enough callbacks to the games that it’ll feel honest to fans.

The problem is it wants to also be an Indiana Jones: The Video Game movie for those who haven’t followed the series, and that’s where it stumbles.

Let’s talk cast for a moment.

Tom Holland works as a sort of fresh-faced Nathan Drake. He does a great job of doing thief things… well, less than good. His charm leans heavily on messing things up and finding a way to fix them. And if that sounds a lot like his Peter Parker, I went into Uncharted wondering if there would be a comparison. I’m happy to report there really isn’t. 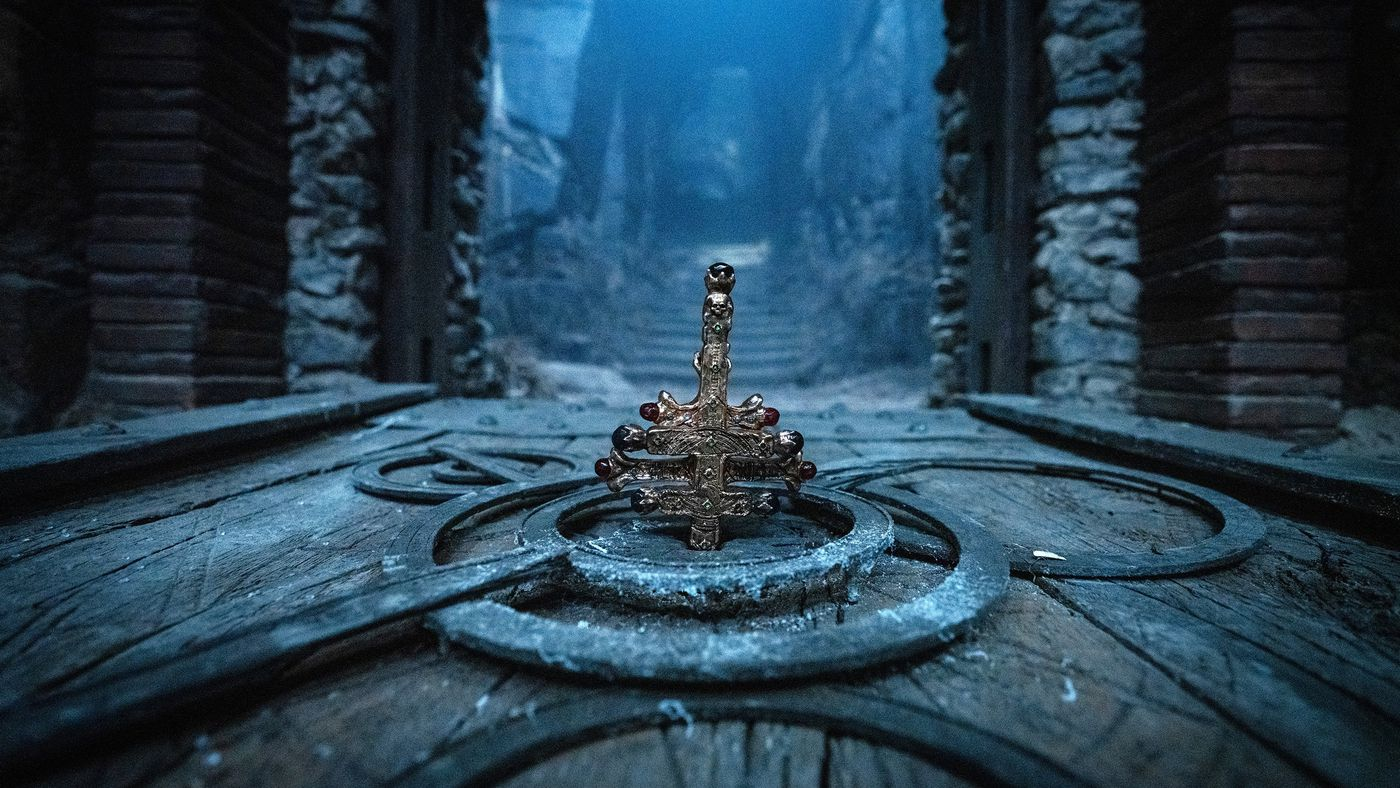 Tom’s Nathan Drake is suave and confident in a gangly history geek sort of way. It’s refreshing. Sadly, it doesn’t work that well when paired with Mark Wahlberg’s Victor “Sully” Sullivan, who is a less thick-as-thieves father figure and more Boston bro-like character Wahlberg was born in Boston to play.

Sophia Ali offers a slight helping hand to Holland with her portrayal of Chloe Frazer. The two young talents play well off one another with a gusto that may not be faithful to the cannon, but it offers a brisk amount of breathing room within that spectrum I spoke of earlier. However, it is not sustained, which becomes a real shame.

The problem with Uncharted is that even though it doesn’t take itself too seriously, it also wants to be something of a serious action hero movie for those unfamiliar with the gaming franchise. It’s a lot to stick the landing on a faithful adaptation of an IP when you are also trying to be something for those who haven’t yet bought it. It’s this point that holds Uncharted back.

Antonio Banderas’ Moncada and Tati Gabrielle’s Braddock are undeveloped baddies that hog a lot of space in a series populated by baddies who would have been much better foils and would have done more for the video game IP additions.

[Spoiler alert for the Uncharted games]

Uncharted has always been about greed and what it does to different people. Series writer and Naughty Dog co-president Neil Druckmann have always posited that an understanding of history and what makes us human has endured as a counter to greed.

Uncharted‘s movie writer team seemed to have missed that or simplified it to save some time. 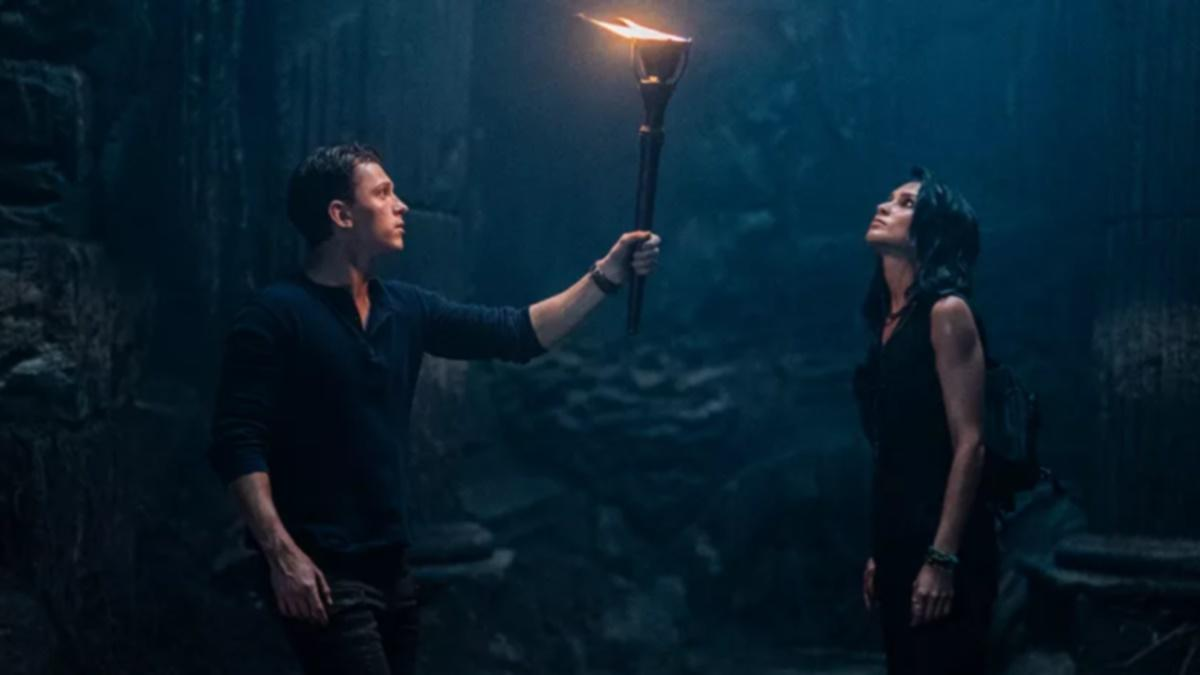 Moncada is a spoiled trust-fund kid and that’s about it.

At one point early in the film, Sully quips that if you see Braddock, you should turn and run in the other direction. But this advice seems comical because she’s so incredibly average at best in terms of being a put-together criminal for hire.

The pair’s plot would be right at home in a James Bond movie, but it’s even less believable. It’s fun at times though, especially when helicopters are involved.

I really can’t believe I’m saying this, but I think I’ve found the centre point on my spectrum in the form of an action flick with video games in its veins and appeasing everyone on its brain.

Tom Holland could have called in this film that is a result of his deal to save Spider-Man, but he delights as Nathan Drake. The problem is that there’s not much else in terms of characterization or story development to work with here.

Uncharted is far from a bad film that has no direction, but it’s equally not sure of the direction that it’s taking. This is all to say that it’s a little bit… uncharted.

I’ll see myself out.