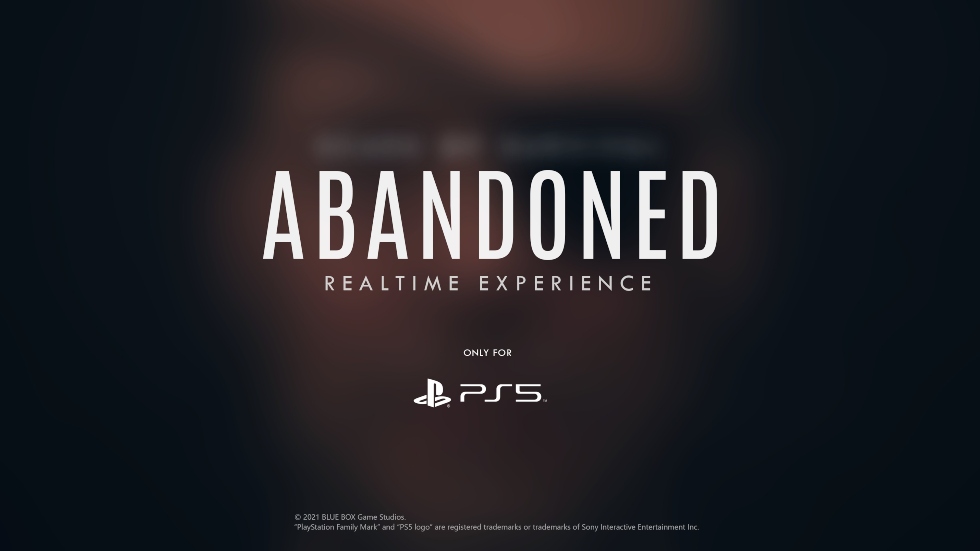 Today, Blue Box Games Studios, the mysterious indie studio behind the PlayStation 5 exclusive dubbed Abandoned, has released a new teaser image. The image immediately reignited speculation that there is some secret Kojima link behind the studio.

This morning, Blue Box stated that its Realtime Experience PlayStation 5 app, the perplexing app used to house the game’s upcoming gameplay reveal, will be available in Japan on August 10th. This is the same day the “Introduction” aspect of the reveal is set to release worldwide.

Following that, Blue Box released a teaser image on Twitter along with a caption asking, “Are you ready? We are!” The image reiterates the Abandoned Realtime Experience app name as well as the PlayStation 5 platform exclusivity.

However, it’s the blurred background image that caught the community’s interest. In the background, a character donning an eyepatch can be made out. This immediately created a whirlwind of theories that traced to one of the most iconic characters who wears an eye patch, Solid Snake from Konami’s Metal Gear franchise.

Normally, a blurred image of a character with an eyepatch would be nothing to write home about. However, Blue Box has already been dealing with a narrative that is associated with famed developer Hideo Kojima and Silent Hill. This narrative has stirred up a whirlwind of theories and corkboard conspiracies online that Blue Box lead Hasan Kahraman made a statement online. In his statement, he attempted to assure the community that he was not an actor, not affiliated with Kojima, nor Silent Hill.

However, Blue Box has also leaned into the chaotic nature of the conspiracies in a now-deleted tweet stating that Abandoned’s real title starts with “S” and ends in “L”. Regardless of whether Blue Box is indeed associated with Kojima, the studio’s marketing department unequivocally enjoys stoking the fires.

It’s also worth pointing out that the teaser image contains some blurred text. I couldn’t begin to make out what it may say. However, everything should begin to make more sense come Aug 10th when the Abandoned Realtime Experience app is finally accessible. The app will be available for preload on July 29 on PlayStation 5.