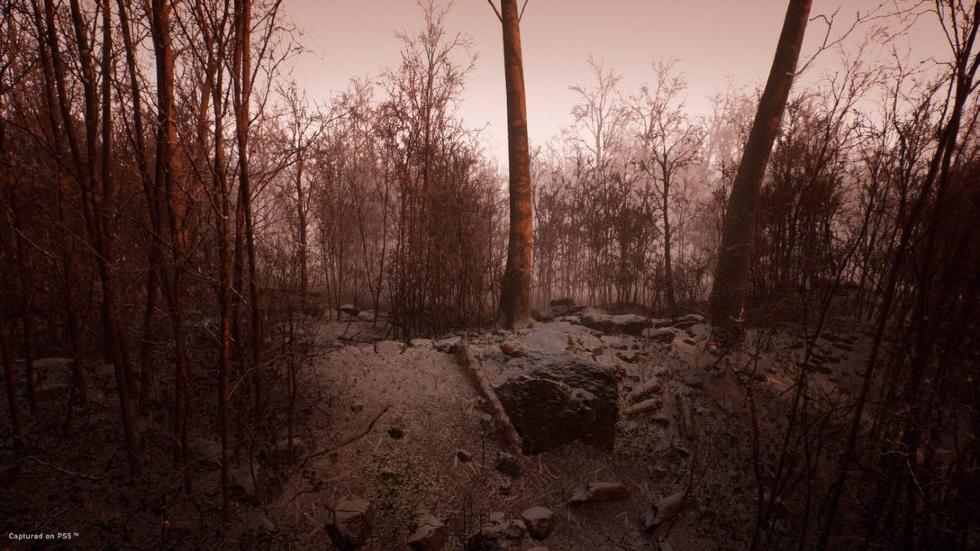 UPDATE: Blue Box Games has responded to the Kojima rumours on their barren website. 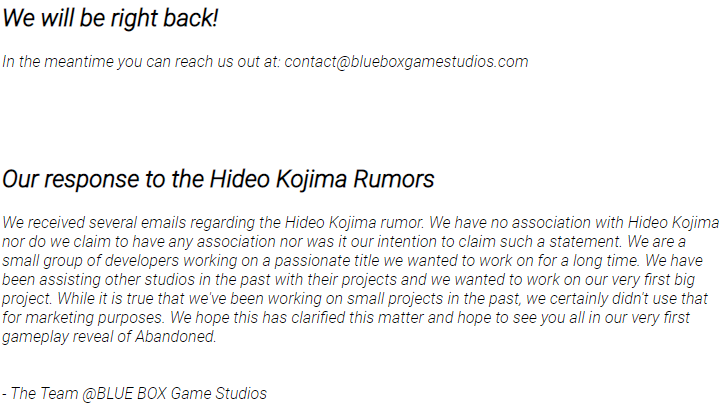 Sony Interactive Entertainment revealed a new trailer for Abandoned, a new “cinematic-survival” game coming to PlayStation 5. The game is currently in development and it’s from Blue Box Games, a studio, which according to VentureBeat‘s Jeff Grubb, has a “spotty” history due to the fact that they’ve never released a major console game before.

If this sounds familiar, Kojima at one point came up with the name Joakim Mogren, “Joakim” is an anagram of “Kojima,” and Mogren referencing his work on Project Ogre. This character Kojima created also worked at the fictional Moby Dick Studio, a Swedish studio that was at the time, working on The Phantom Pain.

Grubb mentioned that there is no website for Blue Box Studio, they have a game in Early Access but it hasn’t been updated and it has another game that never moved past the defunct Greenlight program on Steam. To put it simply, there are far too many red flags with the announcement of Abandoned; Fool me once, shame on you; fool me twice, shame on me.

Abandoned is a new survival horror title with a focus on realism and immersion as you escape the woods.

How it taps into the PS5’s DualSense controller and 3D audio: https://t.co/NOta4uVBfl pic.twitter.com/Rom5fkSFyf

Hasan Kahraman, the Game Director mentions that the game focused on Jason Longfield, who awakens in a strange forest with no recollection of how he got there. Turns out, he was kidnapped and left there for reasons unknown and he’ll have to survive long enough to figure out why.

Kahraman mentions that the studio wants to take full advantage of what the PlayStation 5 offers with the DualSense wireless controller and 3D audio. “We wanted to emphasize realism through user immersion. This would not be possible without the DualSense wireless controller. Players will feel each and every interaction during gameplay – such as being struck by a bullet. Pulling the trigger on a loaded or unloaded gun will feel different. Equally 3D audio will help shape your decisions and tactics, using the accurate positioning of gunshots out in the wilds to help decide your next move.”

There isn’t much information to go on by the post on the PlayStation Blog and quite honestly, I wouldn’t put it past Kojima if he planned this out years in advance. This could also be the work of another developer looking to get the community riled up but from past experiences, this is unlikely to be true. Especially since the current rumblings indicate that Phil Spencer is planning on publishing Kojima’s next project on Xbox.

Abandoned will be available exclusively on PS5 Q4 2021.