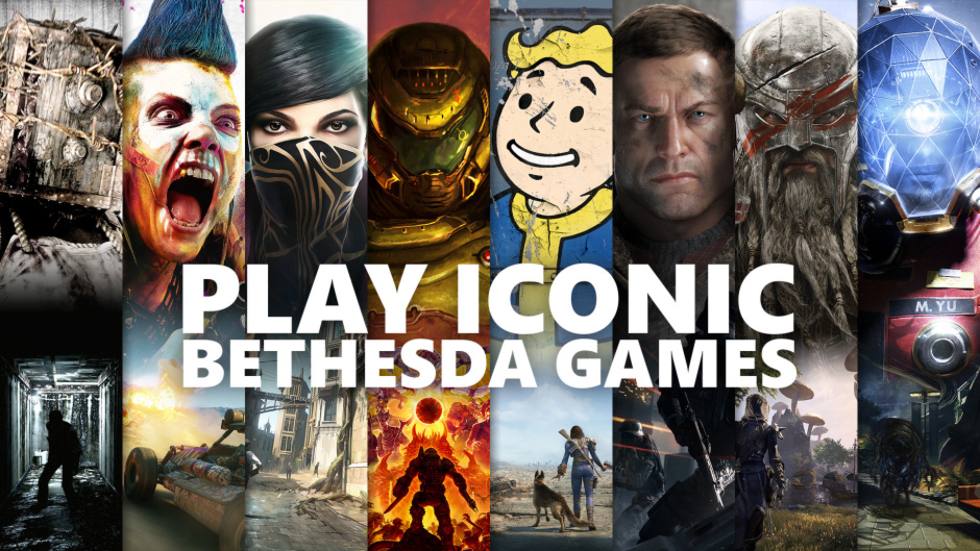 It has been almost six months since Microsoft acquired Bethesda’s parent company for $7.5 billion USD, this week it was revealed that Bethesda’s game studios and its IPs would be officially joining Xbox. Today it was announced, as part of the eight game studios joining Xbox is that 20 games from the company’s “iconic” history of “award-winning games” will be coming to Xbox Game Pass starting tomorrow.

Those games include titles from franchises like Dishonored, DOOM, The Elder Scrolls, Fallout, Prey, Rage and Wolfenstein. Out of the 20 games added, about 16 of them will be playable on PC, console and mobile devices for Xbox Game Pass Ultimate subscribers. You can check the full list of games on Microsoft’s Xbox Wire blog post. 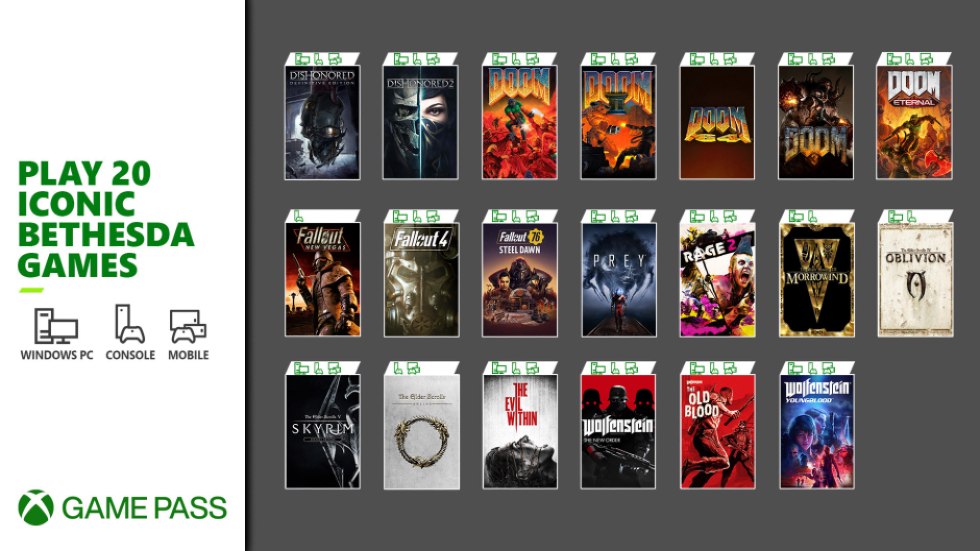 It should be noted the Bethesda addition to Xbox Game Pass doesn’t include every game from the company’s vast history. There is a lack of inclusion of games like DOOM (2016), Fallout 3, Rage, The Evil Within 2, Wolfenstein II: The New Colossus and possibly more.

So part of Microsoft’s acquisition and today’s round table discussion was the question if all Bethesda games would be exclusive to Xbox platforms going forward. Xbox Head, Phil Spencer tried to answer that fair question the best he could without revealing too much.

Will Bethesda games going forward be exclusive to Xbox? Here's how @xboxp3 addressed the question.

Sounds like:
– Goal is to build games exclusively for Game Pass, but
– Have to honor existing deals.
– May be existing franchises that still ship elsewhere. pic.twitter.com/WSchdBOMXo

“So obviously I can’t sit here and say ‘every Bethesda game is exclusive’ because we know that’s not true. We have games that exist on other platforms and we are going to support those games on the platforms they are on. They are communities of players, we love those communities and we’ll continue to support them,” Phil Spencer explained.

“But if you’re an Xbox customer, the thing I want you to know is that this is about delivering great exclusive games for… platforms where Game Pass exists. That’s our goal, that’s why we are doing this, that’s the root of this partnership that we are building and the creative capability we will be able to bring to market for Xbox customers is going to be the best it’s ever been for Xbox after we are done here.”