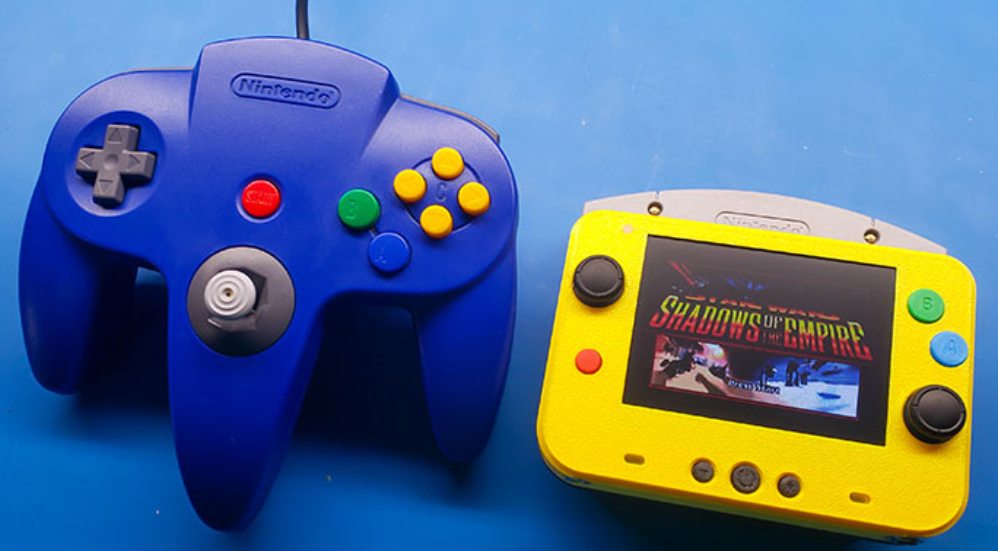 Gunnar Turnquist of Waltham, Massachusetts built the world’s smallest Nintendo 64 console back in December 2020. You can check out the video below or on his YouTube channel.

Speaking to Guinness World Records, it was revealed that the modified console sits at 8.4 cm X 11.8 cm X 4.50 cm (3.3 in X 4.64 in X 1.77 in). The reason Turnquist built the world’s smallest N64 was simple – he wanted to challenge himself and that’s exactly what he did. With a love for challenges and a desire to break boundaries with innovation, Gunnar Turnquist said, “I was inspired to make this project since I love the N64 and it was my first game console I had growing up.” “I started learning electronics when I was 13 years old and when I saw online that people were building their own portable consoles I thought it was the coolest thing ever and I had to try it. There have been many friends and teachers in my life that have helped me along the way. High school teachers that became interested in and guiding me through my projects,” says Gunnar.

His console is built using authentic parts and the project was met with some difficulties, one obstacle was having to trim the motherboard down to ensure that it would fit in the case while still functioning at a fraction of the size. Then, the second hardest part was ensuring that mapping the connection and tiny wires worked when soldered. By combing old technology with modern techniques and equipment like 3D printing and microcontroller programming, anything is possible. The LCD measures 3.5″ and an expected battery life of roughly 1.5 hours. Turnquist also included fully functional N64 controller buttons right into the build and the finished project is what you see in the video. It’s a pretty cool project that proves how far we’ve come in terms of technology and how modders try to improve on these designs.

“Anyone can learn how to make their own portable console and other DIY electronics projects. It can be a steep learning curve, but you start with something basic and improve each project from there.”