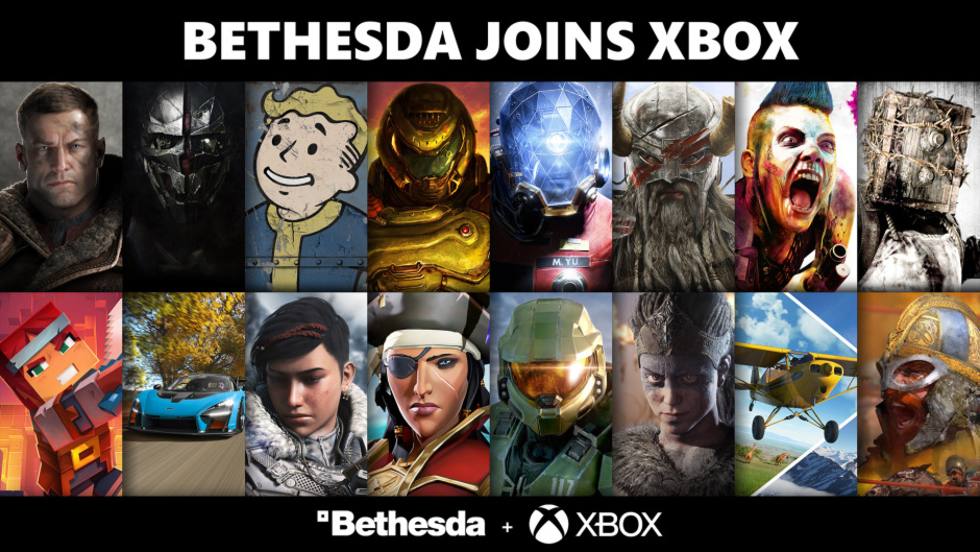 After being acquired by Microsoft in September, and receiving approval from both the SEC and European Commission, today is the first official day that ZeniMax Media is owned by Microsoft as part of Xbox Game Studios, in a deal that saw the Seattle-based giant spend $7.5 million USD to acquire.

“This is an exciting day for Xbox. Today we officially complete the acquisition of ZeniMax Media, parent company of Bethesda Softworks. It’s an honour to welcome the eight incredibly talented development studios – Bethesda Game Studios, id Software, ZeniMax Online Studios, Arkane, MachineGames, Tango Gameworks, Alpha Dog, and Roundhouse Studios – and their passionate global communities to the Xbox family,” said Phil Spencer. “Now that everything is official, we can begin working together to deliver more great games to everyone. At every step building toward this moment, I’ve been inspired and motivated by the creativity, insight, and community-first approach of the talented people at Bethesda. Our goal is to give these teams the best foundation for doing their greatest work and to learn from them as we continue to build Xbox into an inclusive platform for all players.”

“This is the next step in building an industry-leading first party studios team, a commitment we have to our Xbox community. With the addition of the Bethesda creative teams, gamers should know that Xbox consoles, PC, and Game Pass will be the best place to experience new Bethesda games, including some new titles in the future that will be exclusive to Xbox and PC players.”

Microsoft plans on sharing more about what’s going to happen next for the teams but for now, expect to see Bethesda titles on Xbox Game Pass in the near future. Xbox plans on sharing more details this week and I’m really interested to see how the executives plan on approaching exclusivity. From what was mentioned, this is going to be a case-by-case basis. I’d be worried if Microsoft purchased all these studios without keeping these games multiplatform — what most industry analyst speculate is that these games will perform best on Xbox.

Of course, I wouldn’t be surprised if some franchises split and become exclusives on the Xbox platform, and the money spent needs to be recuperated somehow.

Over at Bethesda, Pete Hines spoke about the acquisition.

“First, let me say that we’re not making any landmark announcements or changes right now. As we’ve all shared, the expectation is that Bethesda Softworks and our studios will continue as we have in the past, just with more support and resources than we’ve ever had before. Obviously, Game Pass has been an important initiative for Xbox, and we’ll be working on putting even more of our games into Game Pass than ever before. Beyond that? Stay tuned, we’re just getting started together.”

Hines also spoke about the passing of Robert Altman, which happened last month. Altman was a founder of ZeniMax Media and helped nurture the company into what it is today.