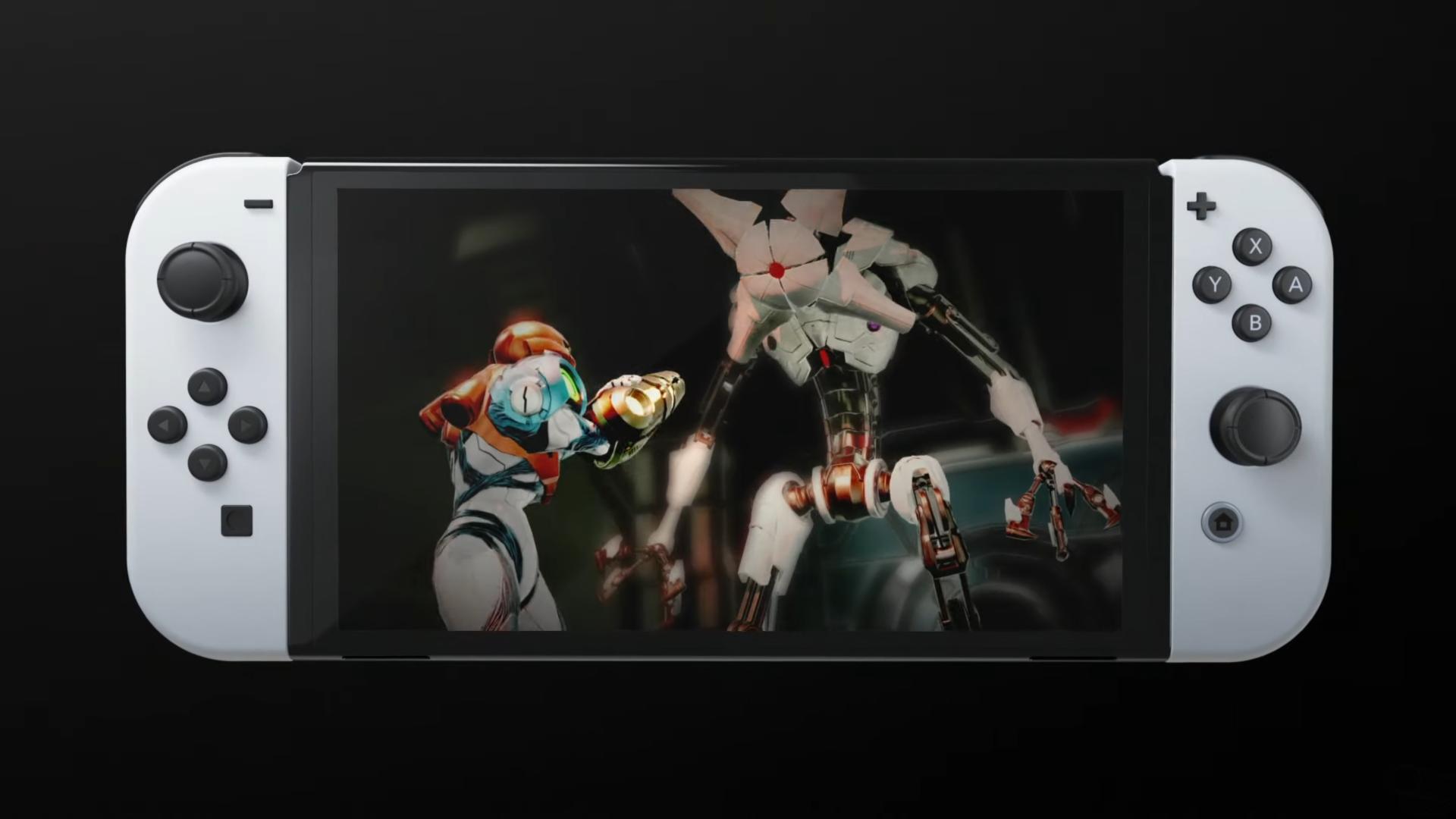 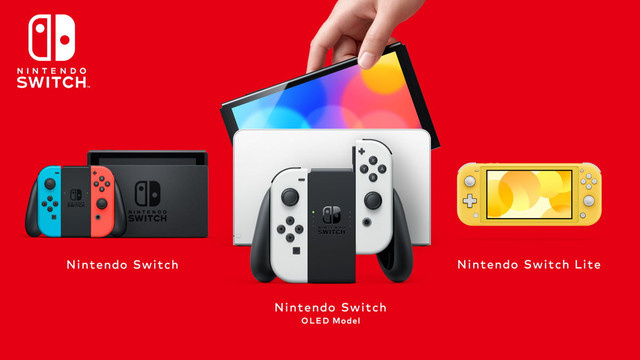 According to Nintendo, the OLED model will have an overall similar size to the standard Nintendo Switch but with a large, “vibrant” 7-inch OLED with vivid colours and crisp contrast. There’s also an adjustable stand for anyone who likes tabletop mode, a new dock that has a LAN port, 64 GB of internal storage, and enhanced audio. 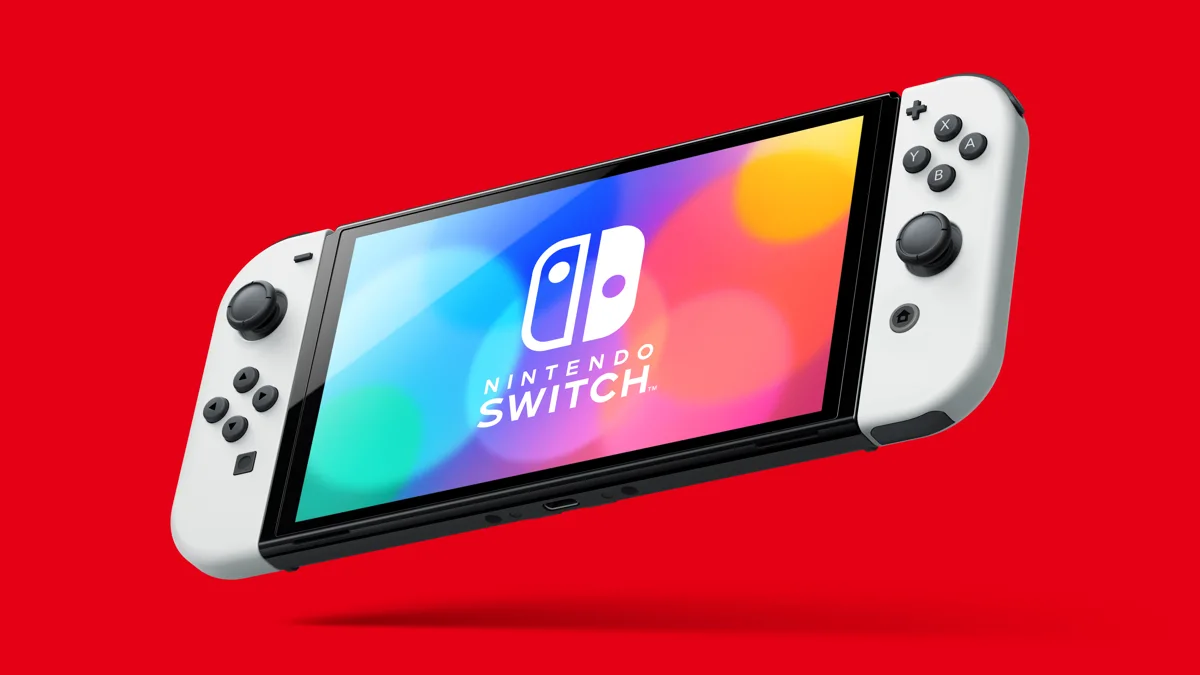 The new stand is a great change for the four-year-old console. In particular, Nintendo’s console will offer an adjustable stand that allows players to freely tilt the system and adjust the viewing angle, so you’re always getting the best image from that gorgeous OLED screen. That’s a big change for someone like me, who went out and purchase a tablet stand so I can play tabletop mode at the table, and I am here for it.

Nintendo also confirmed two colour variants will be available at launch on October 8. One is the white model we’ve seen today in the video, with white Joy-Cons, and a white dock with a black console. If that’s not colourful enough for you, Nintendo offers a neon red/neon bluet set with a black dock and black console.

Also, don’t worry about your existing Joy-Con not working because Nintendo confirmed the new Nintendo Switch OLED model is compatible with your existing peripherals. You can also transfer your digital library and saves and Nintendo has a link here that will walk you through the process.

I also noticed there was a distinct lack of mention about whether or not the new OLED model will be able to play games at 4K. While it has been rumoured for months that the follow-up to the successful Nintendo Switch would include 4K, I will report back once I receive clarification from Nintendo. As of this posting, it seems like TV mode will support “up to 1080p via HDMI,” but I’m hoping that isn’t the case.