The Soulsborne genre has been replicated and iterated on by many development studios. TinyBuild and Cradle Games’ Hellpoint is another example of a studio taking the Dark Souls style of gameplay and challenge and adding their own personal touch to it.

Hellpoint is every bit as dark, menacing, and difficult as you’d expect from a game so intrinsically tied to Soulsborne games of the past. Rather than the gothic-inspired landscape often seen in the genre, Hellpoint places players in a desolate and disturbing sci-fi setting. Though, don’t bet on battling tall, thin Martians on your journey. The gallery of creatures you’ll find is every bit as hellish and obscure as you’d come to expect. 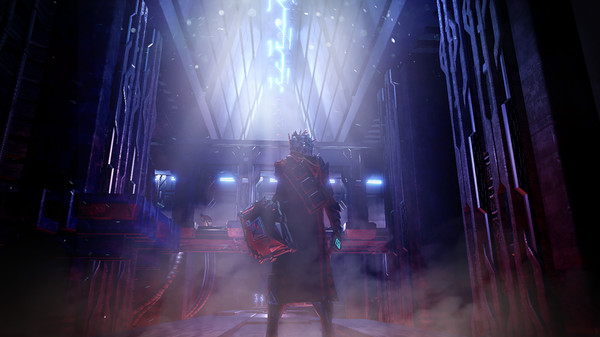 If you create a breakdown of everything a Souldborne game needs to have, you can bet Hellpoint has made sure to include it. Hellpoint does bring quite a few interesting changes to make itself stand out. Though, the game simply cannot top what has already been done in the past. The deep and interesting lore is non-existent. Above all else, the game fails to give the player any meaningful direction.

In Space, No One Can Hear You Scream

Hellpoint takes place on a derelict space station called Irid Novo. As you begin, you step into the role of a cloned body, birthed by a large machine. You’ll begin to walk through the abandoned corridors of the station, soaking in the atmosphere and hidden intrigue. Outside, you’ll undoubtedly realize the Irid Novo is circling around a large black hole. Through the game’s opening hours you’ll learn the ins and outs of surviving the many enemies that have spawned inside the station. 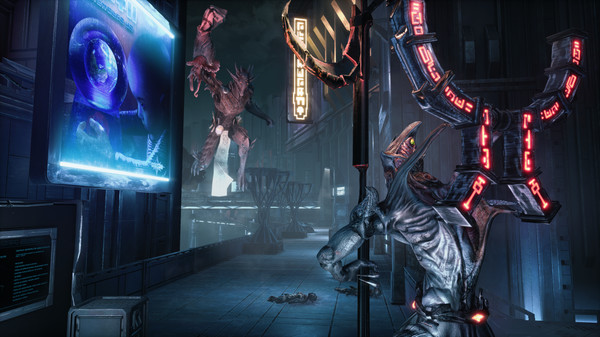 Through trial and error, you’ll flow through the motions of dying over and over again. Like any great Soulsborne game, that tiring climb up a mountain to get through a difficult section of the game is one of the genre’s mainstays. Hellpoint manages to do that very well. The varying enemy types and the sheer number you’ll face at any given time is challenging but rewarding.

Though, hours in, I realized I still didn’t fully understand my goal. Here I was, shield and sword in hand but no obvious objective. I’ve gone through entire sections of the game, haphazardly advancing room to room only to now begin to question why I was here in the first place. Looking at games like Dark Souls or Bloodborne, From Software offers a vague explanation through the narrative, but backs that up with cryptic and fascinating pieces of lore. Beyond a few unclear conversations given by NPCs, it was frustratingly difficult to find any context withing Hellpoint. 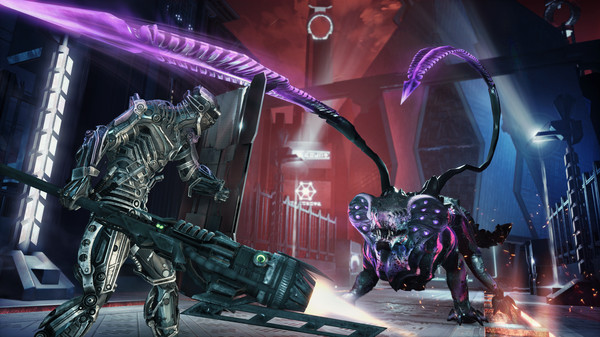 This lack of direction can also be seen during the general exploration of the game. You are not given any map of Irid Novo to reference as you venture deeper into the labyrinth of interconnected areas and points of interest. Scattered throughout are pieces of equipment, Axions (which act as currency for upgrades), and material to strengthen your weapons. At no point during my playthrough was I confident that I was heading in the right direction. Encouraging the player to explore on their own omission can be a good thing. Unfortunately, I felt as though when I reached a new area or found a boss, it happened by accident.

A Spark in the Dark

When you are finding your way through the twisting corridors of the station, you’ll experience a few really interesting changes to the formula. The first is the deep-seated ‘Black Hole Clock’. As the Irid Novo orbits around the black hole, it advances the clock seen on the top-left of the hood. As it reaches certain intervals, it affects the world around you. During the ‘Black Hole Hour’ specific yellow doors will unlock, typically uncovering loot or a unique boss to fight. You’ll also come across areas which will set upon a horde of enemies during these intervals. The time between the Black Hole Hour varies depending on the area but it was a welcomed addition to the gameplay. The only problem I found with the black hole mechanic was that it is never fully explained to the player what it will affect. Without actually pinpointing what the player should look out for, there’s the possibility that effects could go unnoticed. 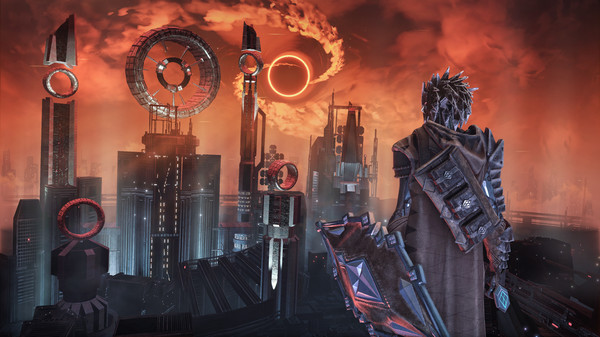 Additionally, Hellpoint takes a few core concepts of the Soulsborne genre and puts their own twist on it. Breaches act as the game’s bonfire, where players will respawn, upgrade their character, and more. However, unlike most games in the genre, enemies don’t respawn when resting at a Breach. Instead, enemies will spawn over time. This gets rid of the tired grind to return to the place you died and have to navigate through the enemies you once killed. Though, it does add the surprise element of when the enemies suddenly respawn when you’re running across the map. Likewise, Breaches won’t replenish your health injector (Estus Flask if you will). In Hellpoint, your core healing item will replenish the more you deal melee damage.

Hellpoint incorporates a fun addition to player deaths. Upon dying, which you’ll likely do many times, the game will spawn a “ghost” version of you. The ghost will walk in the general area you died in and attack you on sight. In my experience, the ghost always possesses the same weapons and armour you wore as you died. These fights can be a little challenging as you’re facing an opponent mirroring your own strengths and weaknesses. Given that you probably died in a populated area, pressure mounts as this fight will usually grab the attention of other enemies, who join the fray.

Tech Issues Are as Scary as the Enemy

A game as challenging as Hellpoint heavily relies on buttery smooth framerates in order to combat the many foes. Unfortunately, Hellpoint suffers heavily on the technical side. Any time the screen has too many enemies on it, the framerate drops and controller input latency goes up. It’s a frustrating endeavour that boils down to thrashing and rolling in order to try and stay alive. Clipping is another critical issue where enemies could reach and hit you through walls and other objects. 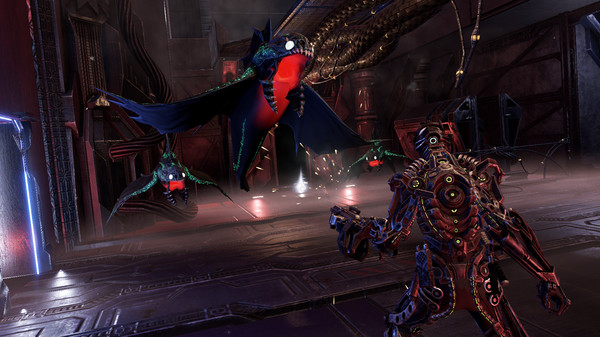 Hellpoint brings a few interesting aspects to the table to innovate off the Soulsborne genre. However, the game follows too closely to a formula it can’t keep up with. With a lack of detailed lore to invest in or meaningful direction, I felt my ambitions to face the horrors on the Irid Novo to be forced.

Hellpoint offers a stellar setting that sits in between Dark Souls and Dead Space, which is a very refreshing take. A lot of the conceptual art and enemy models are interesting enough to grab your attention as you nervously progress between each area. Though, the game lacks refinement in one of the most important departments, the FPS. For a smaller indie project, Hellpoint does have enough to invest in for Soulsborne fans looking to seek their teeth into a new experience. That said, for any player pondering over whether to dip their toes into this challenging sub-genre of games, it may leave a sour taste in their mouths.