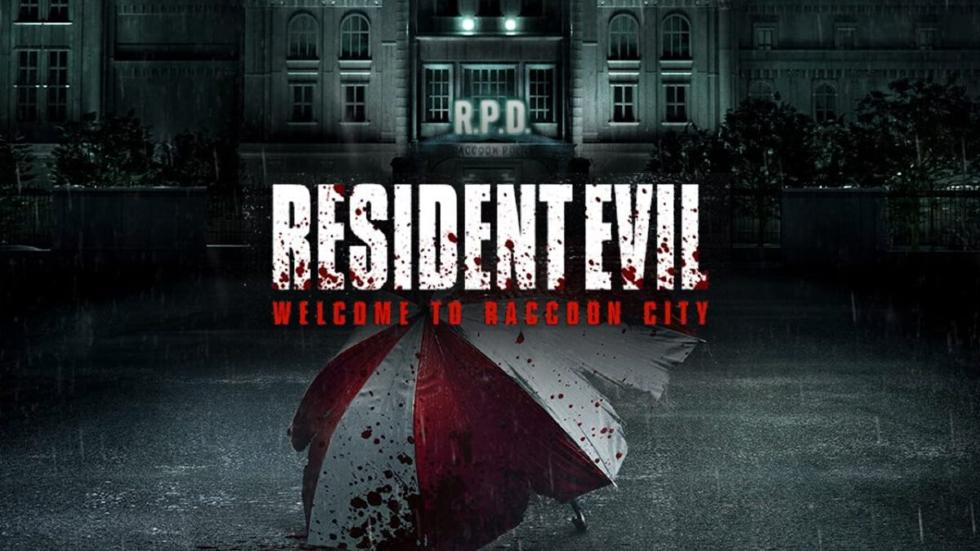 Resident Evil: Welcome to Raccoon City is a rebooted film adaptation of the long-running video game horror franchise. Following the six-part Resident Evil film series largely helmed by Paul W. S. Anderson, the new film brings it back to the roots of the Capcom game franchise.

We sat down with Robbie Amell, a Resident Evil fan since the 90s, who is now portraying Chris Redfield in the film. As a fan, we spoke about the surreal nature of seeing direct references to the game be adapted for the film.

Steve: What was it like to step into the shoes of such an important character in the Resident Evil franchise?

Robbie: Oh, man, it was super cool. The meeting kind of came out of nowhere. I had a Zoom meeting with Johannes Roberts, the director. We just geeked out for an hour talking about the games and his version of the script. You could tell he was a fan and cared about the source material. It’s based on Resident Evil 1 and 2, and every week on set, there were multiple times I was just going like, “Oh, no way, this is awesome.” Sometimes there were things in the background that aren’t even talked about, they’re just there. Other times it was walking into the mansion for the first time and just being like, “This is unbelievable, I’m walking into the game.” Johannes went to Capcom and asked for the blueprints for the Spencer Mansion and the [RCPD] station because he wanted it to be accurate. He was the right guy for the job. It was a total dream come true for me

Steve: When crafting your take of Chris Redfield, was there a conscious effort to take important aspects from the source material but put your spin on it?

Robbie: Well, the nice thing was Johannes wrote a script that was accurate in my mind to the characters. So, half my job was done for me. Luckily, I look a lot like the character from the games so you know who it came down to the awesome wardrobe fitting. They had the flak jacket it’s an actual Vietnam flak jacket, which was super cool.

You have to take some liberties with things just because you’re making a movie but at the same time, you want to be as accurate as possible. The nice thing for me was I got to go back and play Resident Evil and Resident Evil 2 and watch some of the cutscenes. You’re like, “Well, I can’t do that because that’s not gonna work in a live-action movie.” A ton of people have asked me if I’m punching boulders in the movie and stuff like that. It’s a really fun idea but ultimately doesn’t really work for reality.

I got to have a blast working with great people. I feel really good about the characters that are on screen. I think everybody did a great job with their characters and bringing them to life from the game I think that it is you know, it’s the adaptation that fans of the game have been waiting for. I also think it’s a movie that people who haven’t played the game are just gonna dig. It’s a fun 90s zombie movie that is surprisingly dark and scary. The jumpscares are legit! 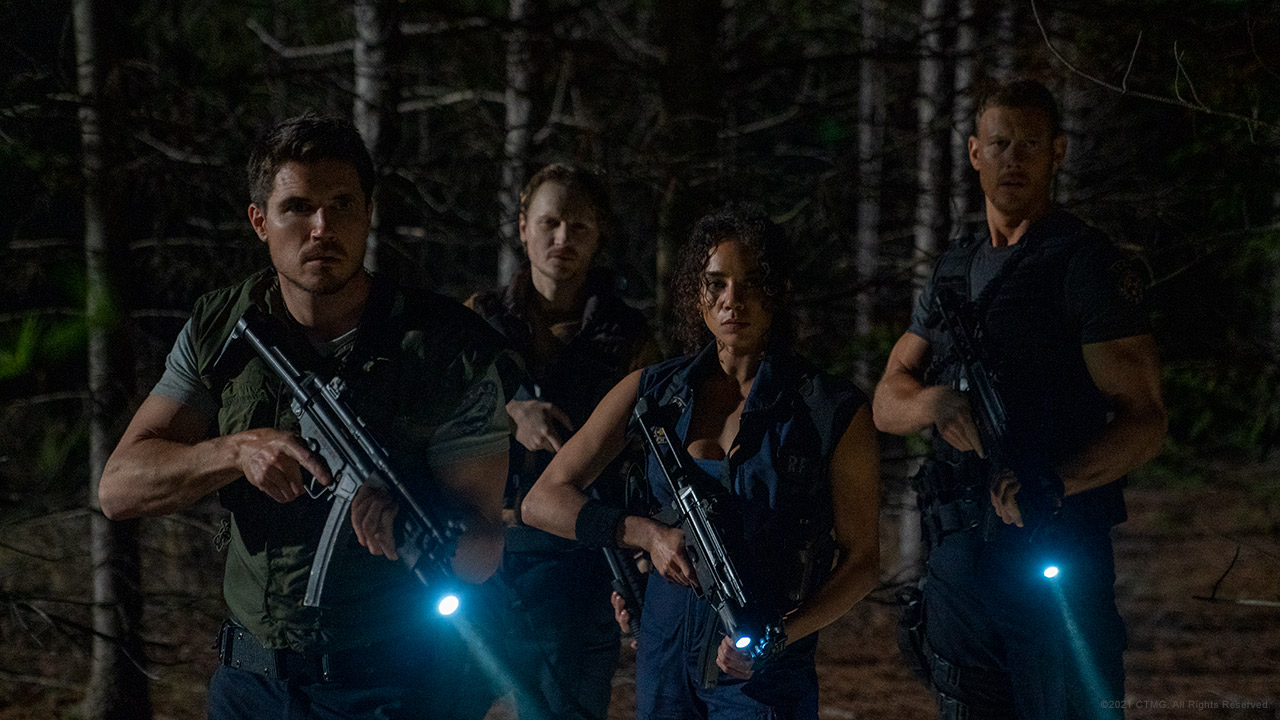 Steve: Your time on screen is split between being a part of this ensemble cast but you spend a fair amount of time with the infected as well. Are there any anecdotal stories you can share from the production days?

Robbie: I mean, shooting was a little bit weird because it was pretty prime COVID-19. So, you didn’t get to know everybody as much as you would a normal shoot. We were bubbled amongst the cast, which is a bit of a bummer. We were really lucky to be working so everybody just did what they had to do.

The fight scenes were cool because all the zombies were stuntmen and women in full hair, makeup, wardrobe and looking like zombies! The cool thing was I got to–you know that the scene where I’m in the dining room fighting off zombies? It’s just me with an MP5 with an LED light on the end we just choreographed the whole thing and got to shoot it over and over again. In the scene where Aiken is upstairs struggling with his zombies, I’m fighting three downstairs and we were just able to go for it. We didn’t have to worry about––I don’t want to say hurting other people because that’s never what you want to do. But they were stunt players. So, we were able to push things a little further. You never want it to feel fake with the action sequences so it was cool and it was just fun, man. I got to kind of live out the dream for a few months.

Steve: Did playing Chris give you a different view or appreciation for the character at all?

Robbie: No, I wouldn’t say a different view because I think that it is fairly accurate to the games. At the same time, I was the one playing him. So it’s my version of Chris that’s in the movie anyway. I wouldn’t say it changed anything. I think what’s cool is in the games, he’s fairly stoic and “Action-Hero Chris.” I think in this you get to see his struggle with his sister having left and coming back. Also, Birkin is such a prominent figure in his life, who is ultimately the villain of the movie.

I think there’s a little more for me to play with as an actor and some substance there for the audience. The video games are amazing. The first one is a haunted house game, and there’s not a ton of storyline to the cutscenes and stuff. So I think that the connective tissue that Johannes built into the script is great. I think that it’s something that that just adds some substance.

Steve: Removed from Chris Redfield, Robbie, you approach the Spencer Mansion. Do you go in? Does curiosity get the best of you? Or do you hightail it out of there?

Robbie: Man, this depends on the stakes. If there are friends in the mansion, I’m going in. If there’s not, I’m not taking that risk. I’m out of there. I’m not going in for the fun of it.