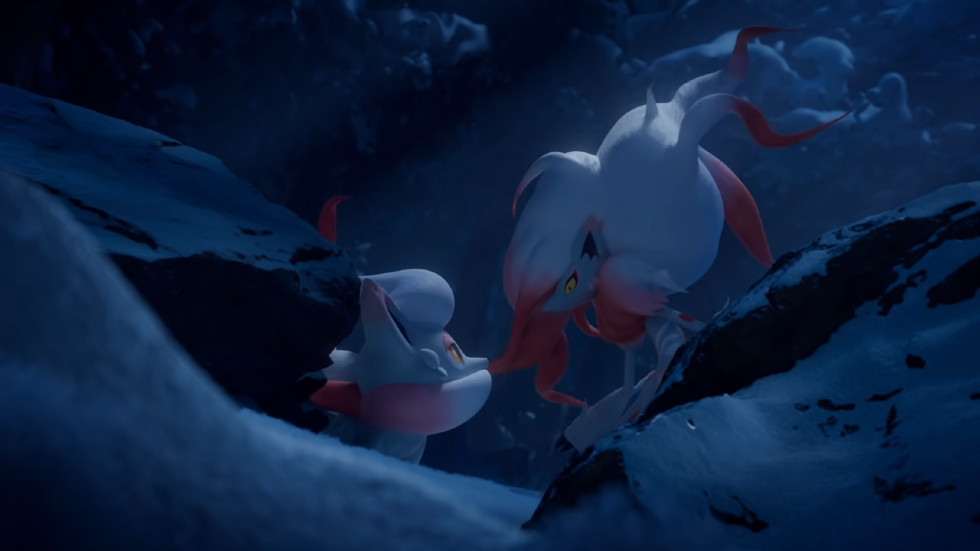 Hisuian Zorua and Zoroark Were in the Scary Pokémon Legends: Arceus Teaser

Yesterday, I had posted a video, a rather creepy one from The Pokémon Company that served as a found footage discovery somewhere in the Hisuan region. I had a hard time deciphering what the video was trying to tease yesterday. Today is a new day, however, and we now know what the video was teasing, given that the restored footage has been uploaded to YouTube. What we see in the footage are more regional variants of Pokémon —Hisuian Zorua and Hisuian Zoroark who will appear in Pokémon Legends: Arceus next year.

It’s the same video from yesterday, only now fully restored giving us a look at the two Pokémon. Curiously, it doesn’t seem like things go well for the photographer, who encounters Snorunt before being ambushed by a mysterious force. Then, the video shows Hisuian Zorua and Hisuian Zoroark appearing in the frame and coming over to the human before walking away from him.

While that’s all these teaser shows, Hisuian Zorua and Hisuian Zoroark look really neat and I’m excited to see what other familiar Pokémon we’ll encounter. I’ve loved the variants found in the Galar and Alola regions, they’ve been a nice little way to keep the series fresh. Adding in that we’re going back to the earliest period in the Sinnoh region, there’s quite a bit to be excited about for next year.

Pokémon Legends: Arceus will launch on Nintendo Switch on January 28, 2022