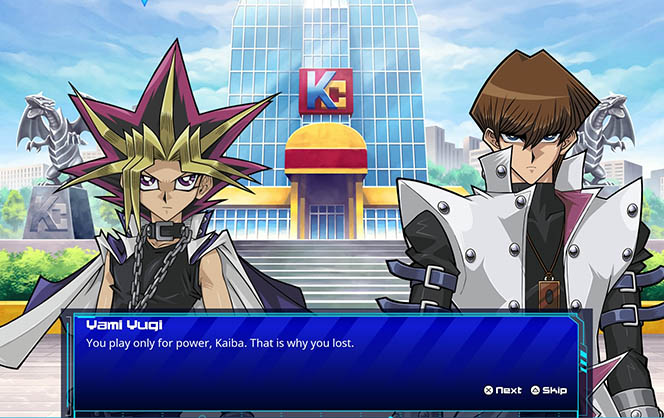 Yu-Gi-Oh! Legacy of the Duelist Released for Next Gen Consoles Fans of the series will also be able to purchase add-on content at the game’s launch. Each add-on set is based each season of Yu-Gi-Oh! including the original series, Yu-Gi-Oh! GX, Yu-Gi-Oh! 5D’s, and Yu-Gi-Oh! ZEXAL. Each including a single-player story duel, an avatar, and most exciting of all, two complete decks owned by the characters from the respective series. Admit it, the idea of harnessing the power of Dark Magician from Yugi’s deck sounds pretty exciting! For those new to the series, player will be able to access the game’s tutorial and learn how to play the card game right off the bat, while, veteran players will be able to get into the Story Campaign, customize their decks easily and more efficiently with the new Deck Editor, and be able to duel with more than 90 characters. Players will also be able to challenge other duelists online in the Battle Pack Sealed Deck and Draft Play.

Yu-Gi-Oh! Legacy of the Duelist is now available on the PlayStation Network and Xbox Live for $19.99.