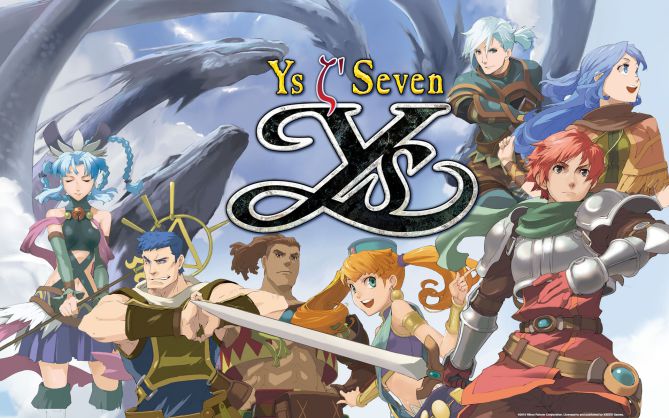 XSEED announced last week during a Twitch livestream that Ys VII would arrive on PC later this summer. The port will feature upscaled graphics, a solid 60 FPS and a reworked script.

Tom from XSEED took to the company’s forums to talk about the port of my second favourite Ys title, only trumped by Ark of Naphistim. Even though I understand many fans of the series didn’t take well to the seventh entry, I found myself enjoying the departure from past titles. We tried a few upscaling options, but they looked kind of… bad. I think they might still be available as a togglable option in the game’s launcher, though I’m not 100% sure on that. Even if they are available, though, they will be defaulting to off for reasons which will become apparent should anyone enable them. 😉

(And procedural upscaling is really the only solution there, as those are the textures that exist — there do not exist any higher-res versions we can work with, sadly.)

It’s actually kind of fascinating looking at the PC version’s textures, as some of them are naturally quite high-res, while others aren’t. The port overall looks much better than the PSP version, though, if only for the character models, which are noticeably higher-res and more detailed across the board.

The kingdom of Altago is rebuilding around a newfound peace after years of war against the merciless armies of Romn. The classic adventuresome duo, Adol and Dogi, arrive in the harbor of Altago City and quickly find themselves in a scuffle with the Dragon Knights, the kingdom’s military police body, when attempting to save a local girl from harassment by one of their commanding officers. Upset by the interruption and subsequent humiliation, the commander arrests Adol and Dogi, charging them with espionage.

The king of Altago, however, having known of the duo’s pending arrival from an old trusted friend, quickly releases the pair from prison and summons them to his chambers. He tells the men about an ancient shrine that was uncovered after a recent earthquake, and asks for their help in investigating this mysterious new find. Adol and Dogi oblige, unaware that they are about to take the first steps on a long journey to save all of Altago from long-forgotten ancient forces, and to reunite the estranged five tribes who serve and protect the Five Great Dragons – deified beings who may well be the world’s last hope.