Still debating whether or not Yoshi’s Woolly World has enough bang for your buck?  Wondering if it’s packed with enough gameplay for your hard earned money?  Yours truly, EMG Smash Central has all the details on the good, the bad, and the wooly.  You can check out my video review below, or continue reading! Overall Look and Feel
Made by the developers of Kirby’s Epic Yarn, Yoshi’s Woolly World takes place in a similar universe made entirely out of yarn. This includes everything from objects to enemies, and, of course, Yoshi himself. The only things not made out of yarn are the collectible gems and stamps, but we’ll get to those later.  Previous Yoshi games have used things like paper and cardboard to create environments, so the Yarn aesthetic provides a really fresh look but also stays within the craft-type themes of the other games in the series.  The yarn look is more than just something you appreciate at first glance and forget about because the game is designed in a way that you really FEEL the yarn and not just see it. Platforms and Structures depress a little when Yoshi steps on them due to their softness, his shoes turn into little wheels when he runs, he can unravel entire areas just by pulling on a string, and those are just a few examples of how the game really makes you feel the Woolly World around you.

Controls
Immediately when you start up the game you’re greeted by an image displaying the different types of controllers that can be used for Woolly World. Personally I prefer the gamepad because it’s already in my hand when I turn the game on, but if you want something smaller the Pro Controllers feel extremely comfortable.  The Wii Remote is actually the only control style I didn’t enjoy because it’s too small and doesn’t have enough buttons for every command, making certain actions awkward to perform.  However the other control types also have different button layouts to choose from, so its not like you’re ever forced to use something you don’t enjoy.  In terms of gamepad functionality, Yoshi’s Woolly World doesn’t use the gamepad in a unique way or force you to use it for specific actions, which can be either good or bad depending on your preference. Personally I don’t like looking down at the pad a lot because it hurts my neck, but using the gamepad in creative ways is always fun. Woolly World is also one of the many Wii U games you can just play on the gamepad if someone else is using the TV, which is extremely convenient for gamers who share the TV with their family or roommates. Once you hop into Woolly World you’ll notice the game draws many similarities from the Mario and Donkey Kong side-scrollers, whether it’s certain enemies or obstacles, and even some in-game mechanics pay homage to the Mario and Donkey Kong games.  Instead of coins and bananas, however, colourful gems are the in-game currency and can be traded for badges which can make things a little bit easier, or put good ole pooch by your side for the whole level.  Grabbing gems also unlocks stamps which can be used to make the creative miiverse posts you see before each level and around the different worlds.

The levels are generally on the simple side in terms of difficulty, however there are tons of collectibles in every single level. Not having a time limit makes finding all the collectibles slightly less challenging, but once you start rushing and getting careless you might find yourself dying often and restarting levels.  Then all of a sudden a super simple level ends up taking half an hour to complete, and your cute colourful Nintendo game starts to get more challenging. But, you don’t have to find everything in every level to progress and enjoy the game.

There’s also a Mellow Mode for younger or less experienced players, which gives Yoshi a pair of wings to soar over any areas in a level that are really giving you a hard time. Players like myself will probably just avoid Mellow Mode because we find fun in a challenge, but for someone like my 4-year-old nephew, Mellow Mode is perfect. You can also switch Mellow Mode on in the middle of a level, or even change your control scheme or add a second player.  Speaking of co-op mode, playing with your friends is really fun, but it has the same little annoyances that Double Yoshi has after scanning in a Yoshi Amiibo.  You can’t run through the other Yoshi, which can get you stuck or trapped sometimes, you can’t explore certain areas unless they come with you, and if you’re too close together you’re likely to hit each other with yarn balls, which could push you into a pit of lava if you’re not careful!

Little things aside, though, having a double Yoshi or a coop partner can really help reach certain areas without needing to jump on an enemy or obstacle. Not only can you bounce on each other’s heads, you can swallow Yoshi and shoot him like any other yarn ball. This allows you to launch your friend or double Yoshi to areas that might be hard to get to, or you can use them as an emergency yarn ball when there’s nothing else to use. Yoshi’s Woolly World is a game that quickly claims your attention just from the amazing visuals and an extremely textured universe, but after playing it the game REALLY sucks you in. Although scouring the levels for all the collectibles is really the only challenge this game offers, it seems like it’s designed to be something to enjoy and laugh about with family and friends rather than something to really grind and take seriously. Hardcore Completionist Gamers will get a ton of replay value trying to complete their Yarn Yoshi collection and unlock everything there is to see in the game, and the laid back casual gamers will have a ball experiencing the new Yoshi universe.

A very subtle but significant part of a game is the soundtrack, and Woolly World has a pretty generous amount of amazing sounding tunes. The different themes and instruments really reflect the individual levels and worlds within the game, and you can also go into the menu and listen to your favourite songs as much as you want.

Overall Yoshi’s Wooly World is everything you’d expect from a Yoshi game and more. It has all the retro mechanics that older gamers know and love from the SNES and N64 days, and incorporates a ton of new features like mid-level transformations to shake things up a bit. It’s enjoyable for both the experienced gamer and the new or casual gamer, and can be played solo or with others. You don’t need another save file for coop play and friends can jump in and out at any time. You can change the difficulty whenever you want, as well as your control scheme. The only way you could have a bad time playing this game is getting frustrated trying to collect everything, but whenever that happens you can just look at Yoshi’s cute little yarn wheels or propeller and all of your problems disappear. Well, maybe not.

For more reviews and gameplay head on over to our YouTube channel. 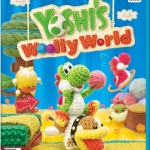