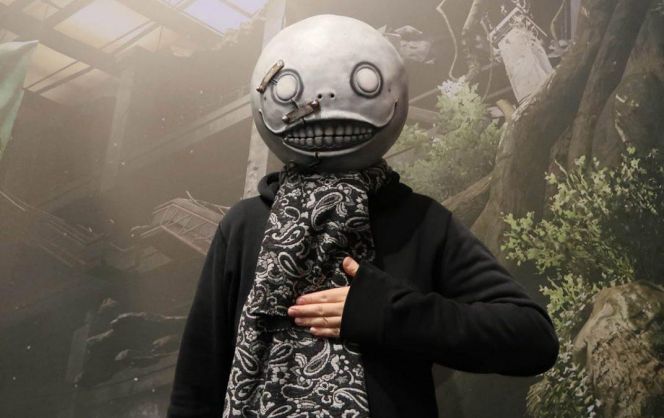 Speaking at the SEA Summit in Singapore, creator the NieR and Drakengard series, Yoko Taro was participating in a  Q & A, he spoke about himself and answered questions from the audience. Taro being who he is, spoke rather candidly about himself and provided some entertaining answers.

The translation comes from Famitsu, which was reported by Siliconera, here are the highlights:

Q: Yoko san, have you ever thought about making a movie based on a game?

Yoko Taro: I’ve thought about it before, but it would require money, so first and foremost I’d like to find someone with money.

Q: What about the next Drakengard title?

Yoko Taro: I believe this one goes to the Square Enix producer who is over there if the producer says he’ll give me money then I’ll make it anytime.

Q: What if you were to make the next NieR title?

Yoko Taro: I think I’d imagine a NieR: Automata sequel that everyone is thinking about, then make something that is not that. I’m going to ruin it, is what I’m thinking.

Q: Yoko Taro-san, you’ve touched up on video games, novels, and stage plays, so what form of media would you like to work on next?

Yoko Taro: I think this may be off-putting, but I’d like to make an adult video. I think of it as something I’d like to at least make once in my lifetime.

What will he do next?