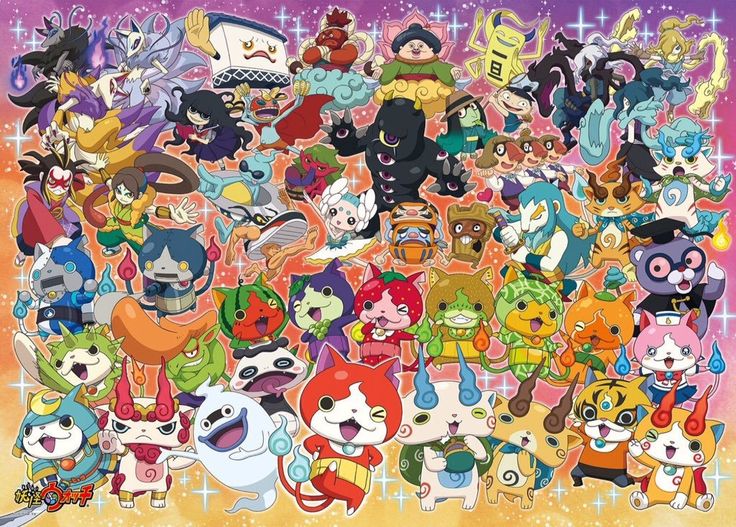 The Yo-kai phenomenon continues in 2016. Canada has seen the launches of the YO-KAI WATCH video game for Nintendo 3DS, a line of Hasbro toys and games, a top-rated animated series, and the mobile game sensation YO-KAI WATCH Wibble Wobble all in the last six months. The world of Yo-kai continues to grow as new video games, toys and shows make their way to Canada this year.

All things Yo-kai continue on Sept. 30 when YO-KAI WATCH 2 launches in Canada exclusively for the Nintendo 3DS family of systems. Already a huge hit in Japan, the sequel to the first smash hit, which is once again developed by LEVEL-5, offers the same deep RPG gameplay and wacky adventures as the first game. The new adventure also offers many new areas to explore outside of Springdale, more than 100 new Yo-kai, a new-and-improved in-game Yo-kai Watch, and even the ability to travel back in time! YO-KAI WATCH 2 will also launch with two versions, YO-KAI WATCH 2: Bony Spirits and YO-KAI WATCH 2: Fleshy Souls, each featuring rare Yo-kai that can only be found in their respective games.

“After being such a massive sensation in Japan, it’s great to see Canada start to embrace the mischievous and lovable Yo-kai,” said Pierre-Paul Trepanier, Nintendo of Canada’s General Manager and Senior Director. “We’re excited to continue bringing fun Yo-kai experiences to Canada this year.”

To expand the Yo-kai brand, Hasbro will add new items to their YO-KAI WATCH line this fall. New toys include the YO-KAI WATCH MODEL ZERO, designed to look like the watch worn by Nate in Season 2 of the animated series. The watch includes YO-MOTION TECHNOLOGY that brings Yo-kai characters to life in a new way. Fans can insert a YO-MOTION YO-KAI MEDAL into the watch and see a projected animation of that character. Hasbro will also release a new series of collectible YO-MOTION YO-KAI MEDALS which are compatible with the new watch. Additionally, fans will be able to collect and trade their favourite YO-KAI WATCH characters in a new way with the YO-KAI WATCH Trading Card Game.

Also coming for YO-KAI WATCH fans is a new season of the YO-KAI WATCH animated television show. This season, join Nate, Whisper, and Jibanyan as they get the new Yo-kai Watch Model Zero. But just because he has a new watch, that doesn’t mean Nate’s life will get any easier. Season 2 has more Yo-kai, more miniseries, more episodes, and, most importantly, more laughs! Tune in to see how a whole new cast of Yo-kai interrupts Nate’s normal life in unexpected and hilarious ways. Fans who missed the first season can catch up before the second season starts by picking up the DVD of YO-KAI WATCH – Season 1 in stores late 2016 or by streaming the show on Netflix now. Fans can also catch the YO-KAI WATCH manga series from VIZ Media (Volume 5 debuts this month).

Finally, all of your favourite Yo-kai have wobbled into a hit mobile app called YO-KAI WATCH Wibble Wobble. This Top Ten app on the iTunes store brings the fun of Yo-kai characters into smart devices with a puzzle-game twist. With new events coming monthly, this game will continue to grow bigger and better.

The original YO-KAI WATCH video game introduced Canadians to the mysterious Yo-kai. In Japan, these invisible beings – not ghosts or spirits … just Yo-kai! – are steeped in folklore and based on common concerns that everyday citizens have. If a child misplaces homework or an adult can’t stop babbling at a work meeting, for instance, it’s probably the work of a troublesome Yo-kai.