After being revealed earlier this year, fans were met with a September 2022 release date for Xenoblade Chronicles 3, the latest game from MonolithSoft. In a surprising turn of events, Nintendo has announced the game is now moving up two months and will now launch on July 29, 2022.

Nintendo released a new trailer featuring a look focusing “more about the game’s story, characters, and strategic battle system, where you can team up with up to seven characters.”

You’ll play Noah and Mio, the two protagonists we’ve seen in the previous trailer as they deal with the threat and conflict between Agnus and Keves on the Aionios.

With six other characters from the other nations joining Noah and Mio, the party will set out to learn the real reason behind the conflict as they make their way to the Swordsmarch.

Each character has a role to play in battle and will offer ample strategy when dealing with enemies. Noah is a Swordfighter and deals in close-range while Mio is a Zephyr and can draw attention from enemies. You’ll also be able to change classes later on and use the new Interlink system.

The Interlink system uses pairs of characters — Noah and Mio, Lanz and Sena, Eunie and Taion — to form into Ouroboros if certain conditions are met. The Ouroboros comes with their own movesets and can turn the tide in battle. 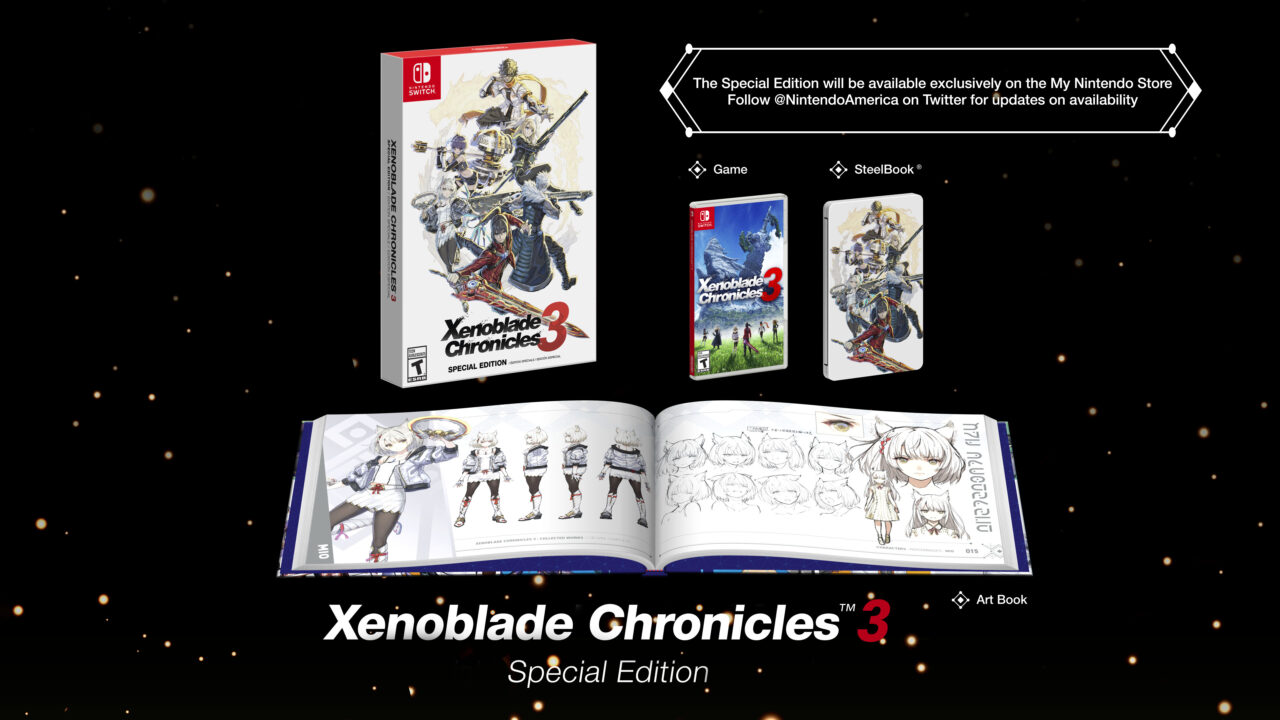 Lastly, the trailer revealed a Special Edition of Xenoblade Chronicles 3 that includes an art book, the game, and a steel book launching exclusively on the My Nintendo Store.