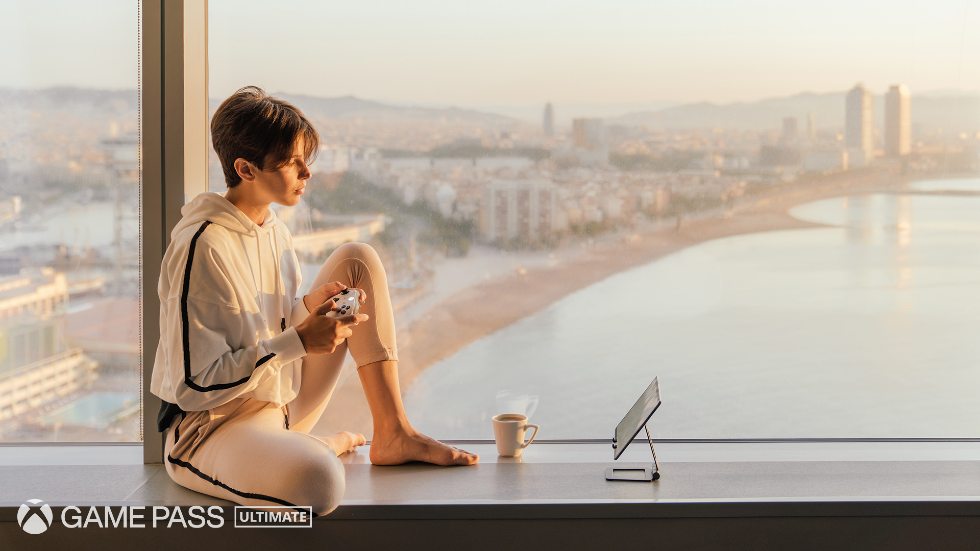 Xbox Wants to Tell You About What’s Next for Gaming

Phil Spencer spoke about what’s next for gaming and reiterated how important Xbox is to Microsoft in the lead-up to the company’s E3 presentation. “Our mission at Xbox is simple,” says Spencer. “We are here to bring the joy and community of gaming to everyone on the planet.” Huh, that’s quite a task but one Microsoft is ready to tackle. To do that, Microsoft plans on empowering anyone who wants to play video games with the people you want, anywhere you want. 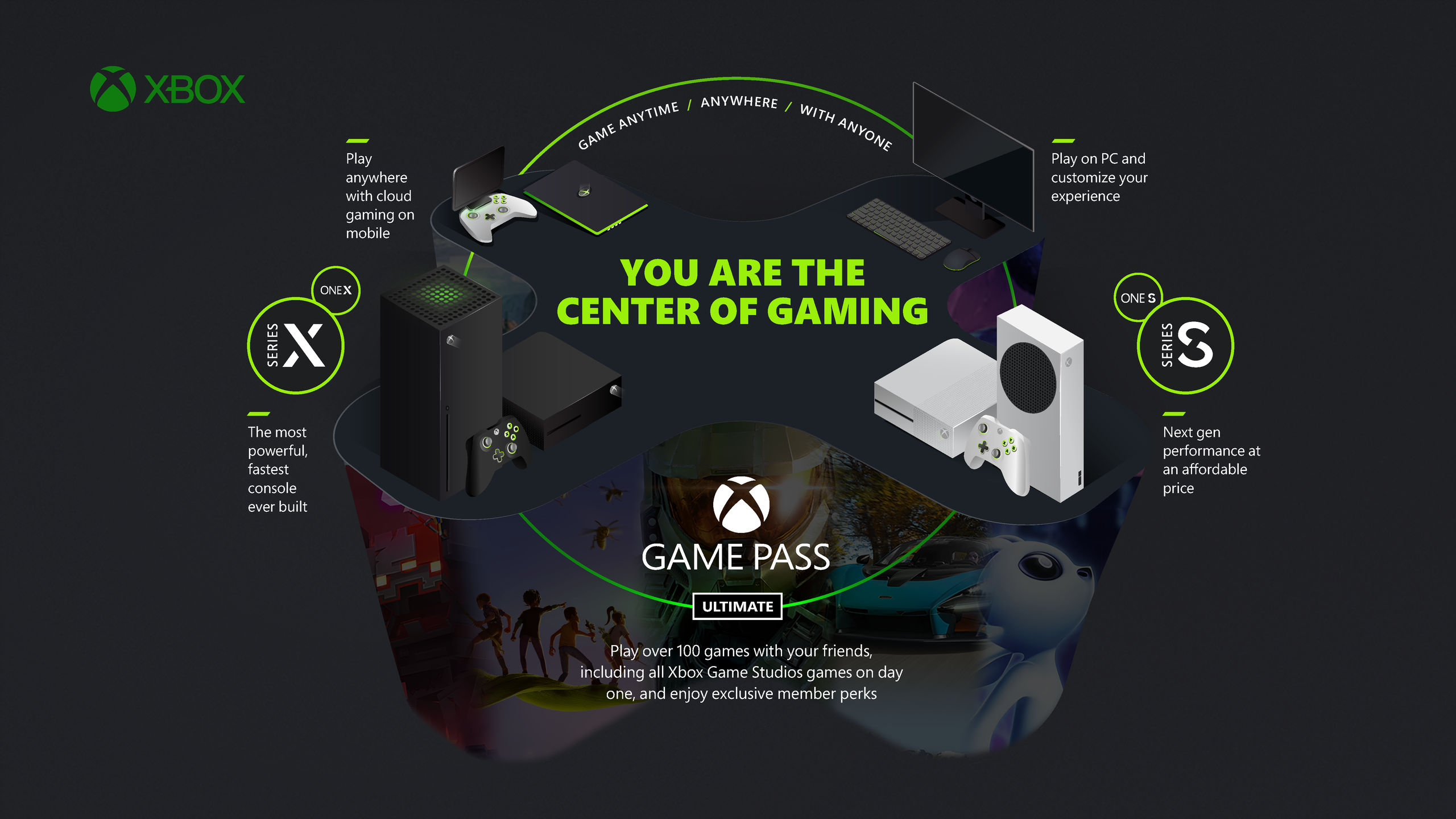 Xbox is about breaking down barriers, which have been the norm in the industry for decades. “It’s not about the hardware or the software or the pixels, it’s about the people,” Phil Spencer says. And he’s entirely right.

Games build bonds, build bridges, and generate empathy. It creates community and regardless of your device, you should be able to play with friends. Microsoft leaders believe that only Microsoft can achieve this mass scale of community and I believe Phil because they are the ones leading the charge and going out and above and beyond to make Xbox available everywhere. 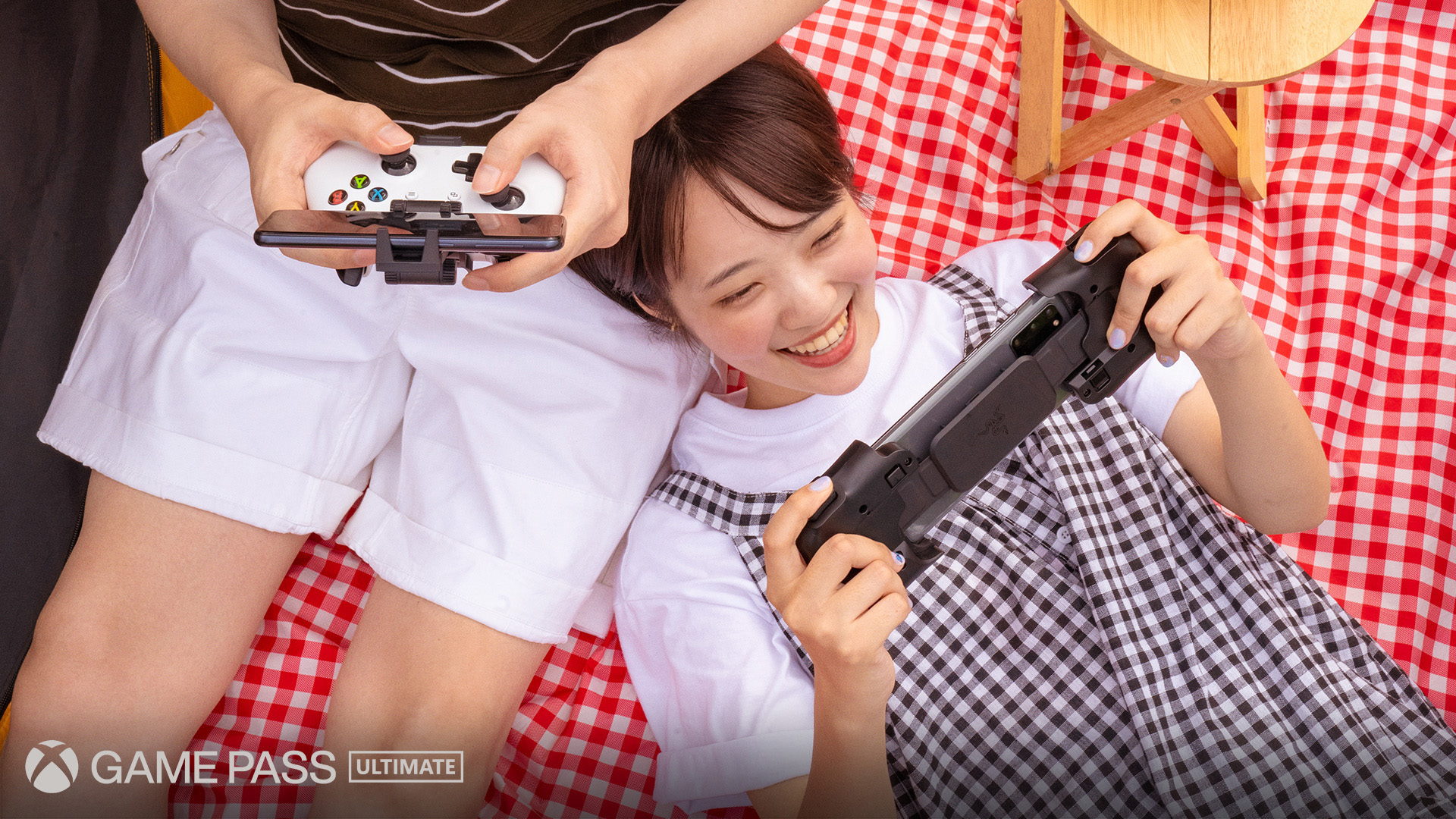 Microsoft CEO Satya Nadella and Head of Xbox Phil Spencer spoke about why gaming is so important to Microsoft. Nadella says that gaming has always been important to the company. The first Flight Simulator launched three years before the first version of Windows. Gaming is fundamentally aligned and woven into Microsoft’s mission to bring joy and empower users and companies to achieve more.

“We believe we can play a leading role in democratizing gaming and defining that future of interactive entertainment at scale,” says Nadella. “There are three key areas we believe we have incredible a competitive advantage, the first being cloud computing, the second being infrastructure, and the third being our focus on empowering the creators.”

Since the inception of personal computers, the devices have always been limited by the cost and power of the device you’re using. Whether it’s a PC, tablet, phone, console, there’s also a cost associated with these devices. If you don’t own any of these, you couldn’t play video games with your friends and you missed out on a global community. 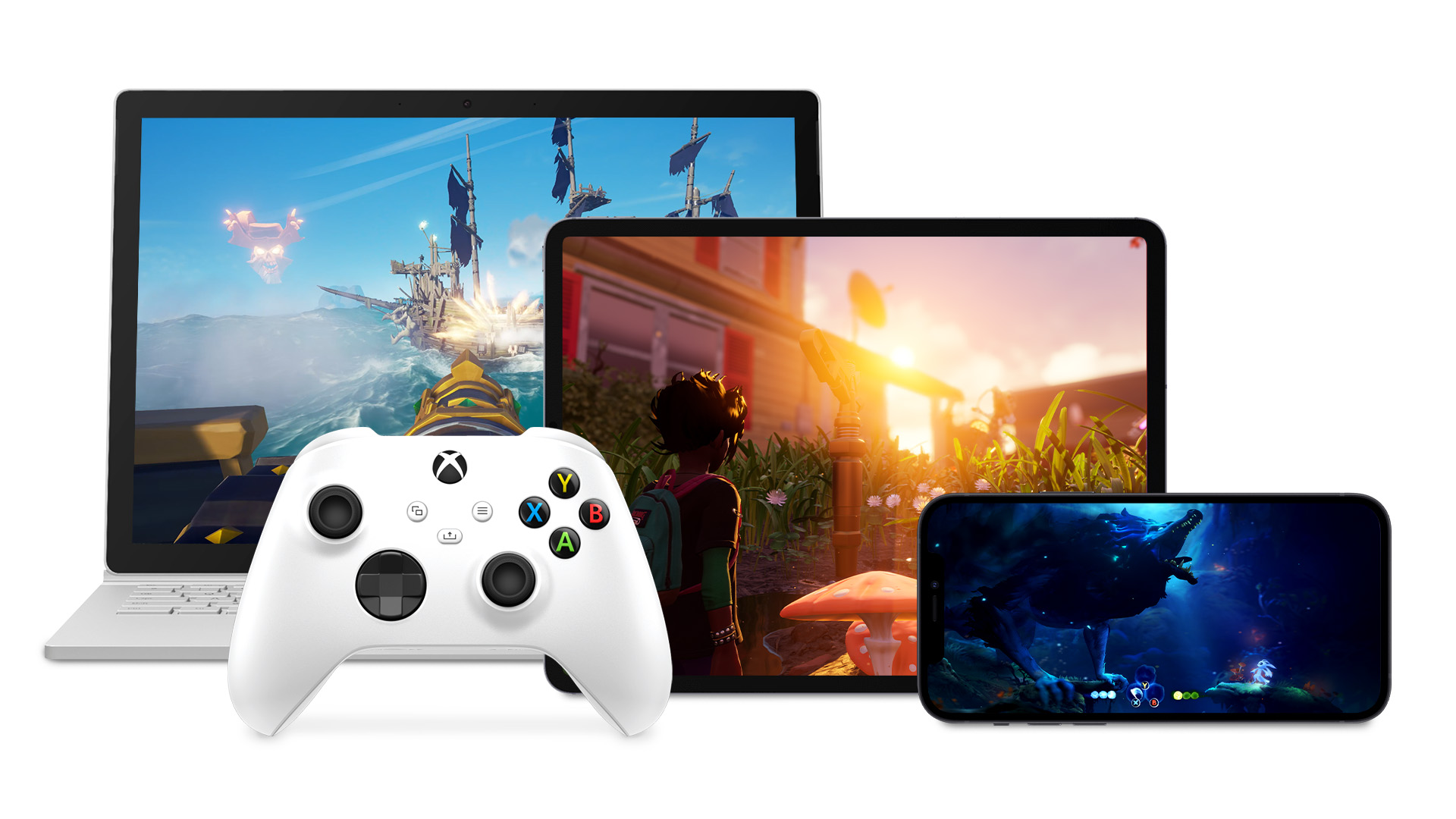 With the power of Microsoft Azure, that’s going to change. Cloud gaming is helping remove these barriers but don’t worry, there’s still a place for all your devices, too. The cloud offers a robust gaming experience, even on lesser devices. Nadella reiterates how the cloud has helped games like Flight Simulator allows developers to recreate a “digital twin” of our world and companies like Pearl Abyss scaling their gaming using the power of the cloud.

Azure PlayFab has been immensely crucial to developers by allowing them to continue development after a game launches. The service gives developers the tools to experiment with gameplay, gather data and analytics about their product and improve things via the cloud service, with more than 2.5 billion player accounts and backends more than 5000 games.

On GamePass, the plan is to continue investing in the service and expanding to more geographical locations. The recent acquisition of Zenimax is something Phil Spencer is proud of and says that they will continue to bolster the service by offering first-party titles on the service.

For the last few decades, the only way to play video games was to purchase them outright. For many, this limits how many games they can purchase and what they can enjoy, this model has limited the audience essentially and also the creators. That’s why Game Pass was born, to bring more players in and make games more accessible to anyone.

Nadella says that looking at the next decade and the evolution of technology helps shape their plans. “I think one of the most defining trends will be how the balance of creation and consumption is achieved and the changes that come with it.” 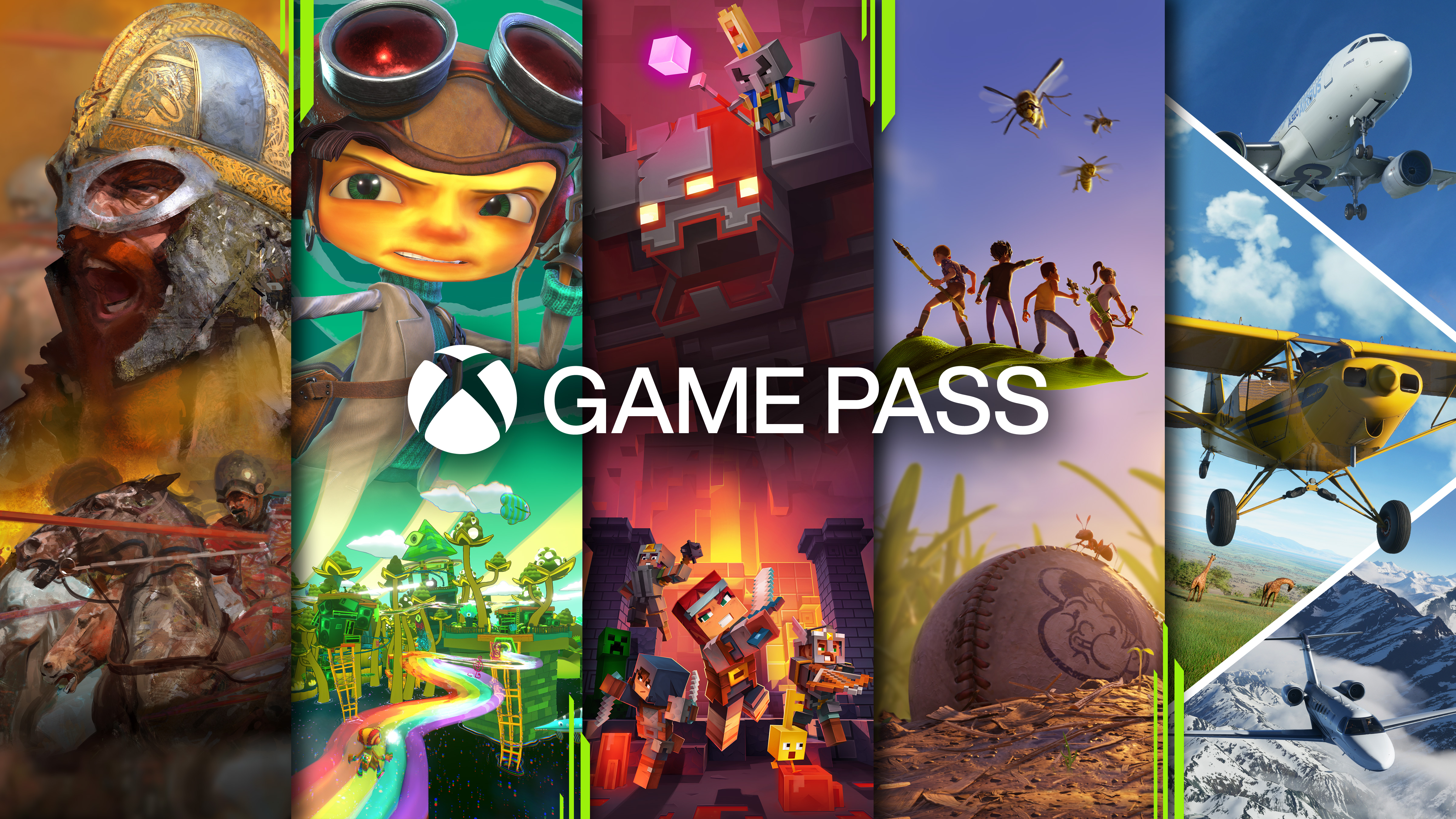 Using Minecraft as an example, creators have built communities around this game. “There are growing communities that want to discover and explore and build on others’ creations,” Nadella states. “I believe we need that virtuous cycle between content, consumption, and commerce.”

One of the coolest things about Minecraft is how people use the game to create new worlds to maintain even a sense of community and belonging that’s so important in times like these. “They’re creating entire college campuses on Minecraft,” Nadella says. “They’re expanding that economic opportunity, too. In fact, creators have generated over $350 million from more than one billion downloads of the mods, add-ons, and other experiences in the game.”

Sarah Bond kicks off a discussion by saying video games are the most complex form of media that exists. “They’re interactive, multi-variant with branching storylines and they have consequences.” Video games are also pushing boundaries when it comes to tech. As much as creators want to create ubiquitous experiences, the reality is that the legacy dev tools used today do not have the capabilities to do that.

So, with the power of Azure, the tools to make these games are being developed. With cross-network play, cross-saves allow you to switch across devices, and a lot of this is possible because of the cloud.

The indie project, ID@Xbox has helped deliver over 2000 games through the program. Those creators have generated over 2 billion dollars in revenue. A lot of this is because of the freedom Xbox offers developers through its services, allowing developers to freely work on one game and then move onto the next one.

“Gaming has really become core to the Microsoft cloud. What is clear to me is that if you look back, Xbox Live was one of the first big Microsoft cloud applications that have been created, really long-run, and it’s still super strategic, all that backend work that we’ve done. It’s essential to the future success that we have, not only for, of course, gaming that we have in the company but also how it applies to the cloud.” Jason Zander, EVP of Azure. “So I get to use those folks that have all this knowledge and this strength from gaming and learning and being able to take the tech and what we have learned from that and pull that thinking into the rest of the cloud. And it’s a unique asset that we have at Microsoft.”

Phil invited Kareem Choudhry, CVP of Cloud Gaming and Liz Hamren, CVP of Gaming Experiences & Platforms to speak about Xbox and what they are working on. The discussion begins with Hamren stating that both the Xbox Series S and Xbox Series X were created at two price points to meet the needs of all console players.

Xbox Game Pass members play 30% more genres and play 40% more games. And more than 90% of members said they played a game that they would not have tried without Game Pass. 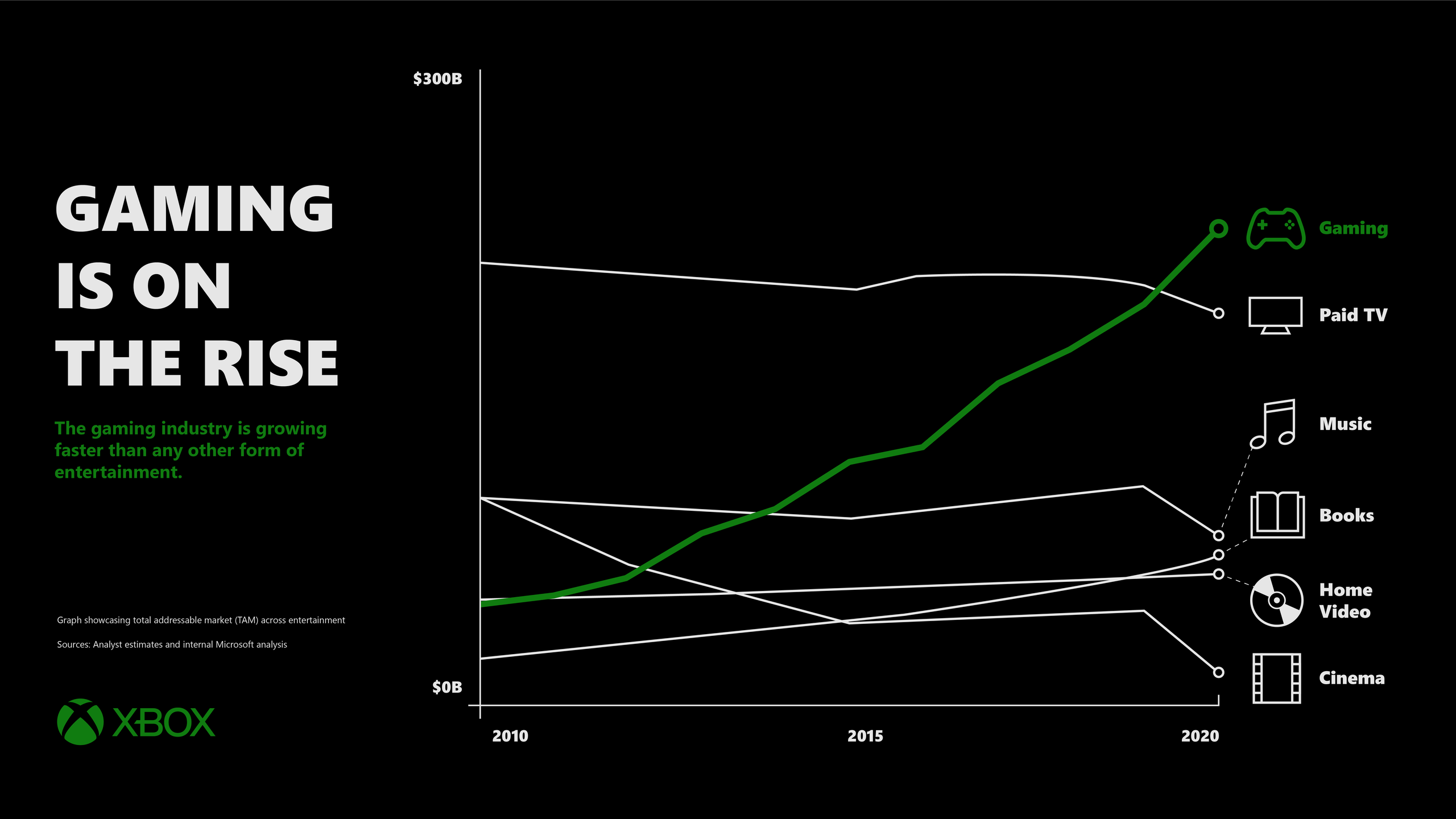 On average across the Game Pass library, partners see engagement go up by more than 8x when as they enter GamePass. An example is Square Enix and People Can Fly’s Outriders, which launched on Game Pass on Day One. It was a top-ten selling digital game launch week and introduced millions of players to the game.

And with these analytics, Xbox is working with global TV manufacturers to embed the Xbox experience directly into every internet-connected TV. Xbox is also working on telecommunication providers (Rogers, Bell, EB Games) on purchasing models like Xbox All Access, giving consumers the option to own a console and Xbox Game Pass for one low monthly price. 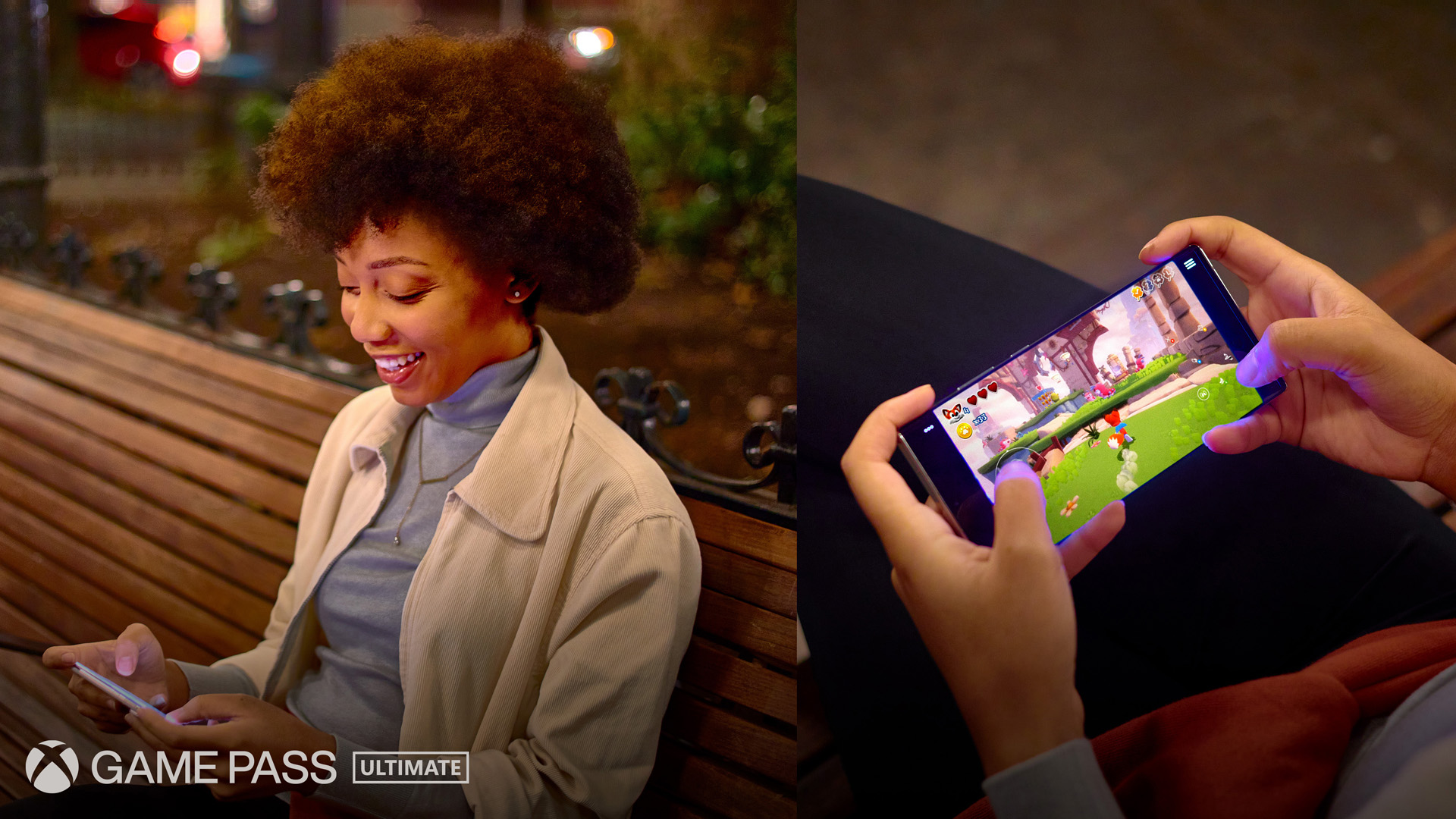 In the next few weeks, cloud gaming on the browser will open to all Xbox Game Pass Ultimate members. With Edge, Chrome, and Safari support, players will be a click away from gaming on almost any device. Microsoft’s data centres around the world are being upgraded with the latest hardware. This gives gamers faster load times, improved frame rates, and Xbox Series X|S optimized games.

With the recent acquisition of Zenimax, there are now more than 23 studios worldwide developing games for Xbox. The goal is to release “at least one new, first-party” games into Game Pass every quarter. Dozens of genres are being worked on by first-party teams with a steady stream of exclusives coming.

First and foremost, we are committed to building a diverse collection of studios that deliver a predictable pipeline of high-quality games. We’re committed to creating games that generate excitement, anticipation, and engagement with our fans.”Matt Booty, Head of Xbox Game Studios says. “We’re in the entertainment business, and I believe the best thing we can do is to provide the guidance, the resources, and the support to our studios so they can make the best entertainment.” 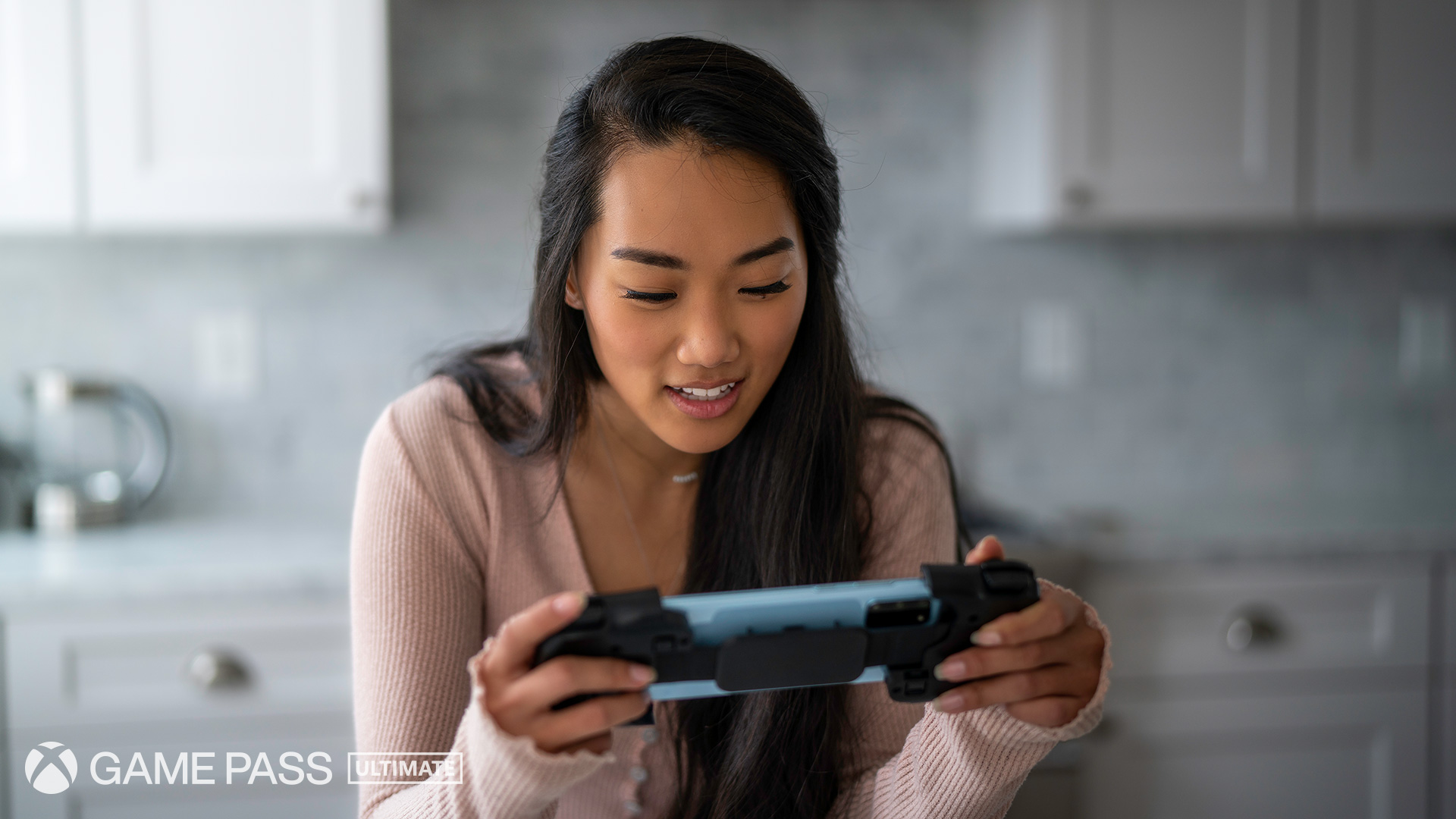 All the studios working under Xbox Game Studios are creator-led. What that means is that each studio has a degree of autonomy to pursue any creative passion they may have and make games they like to make.

Speaking to Phil Spencer, Matt Booty says that all of these decisions being made, all of it, is possible because Game Pass opened up so many opportunities for all the teams under the Xbox umbrella. This revolutionized how players connect with games, and also share and play them with each other.