Microsoft published the Xbox Transparency Report this week, bringing to light several surprising facts. Dave McCarthy, CVP of Xbox Player Services says to expect a new report every six months detailing all the changes being made.  This report reveals data from January 1 up to June 30 of this year.

The company has been rather proactive in ensuring a safe community for online players. Microsoft states it enforced over 4.33 million fake or compromised accounts in just the first half of 2022 alone, out of a total of 4.78 million total enforcements. This includes producing unsolicited spam, cheating, adding and deleting follower numbers and other actions that take away from playing video games online. In total, this number represents around 57 percent of the enforcement taken in the first six months. During this reporting period, Microsoft saw a nearly 9x increase from last year regarding proactive enforcement.

Breaking down what the above means, the proactive enforcement led by Microsoft has decreased reports from players. The most recent reporting period saw a 36 percent decline in player reports during the same period in 2021. 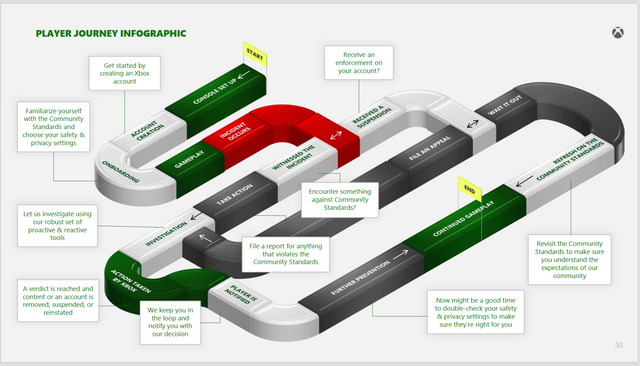 And if you were wondering how precise this process is and how many false bans had been doled out — a mere 9,250 accounts were reinstated with 142,000 enforcements sticking.