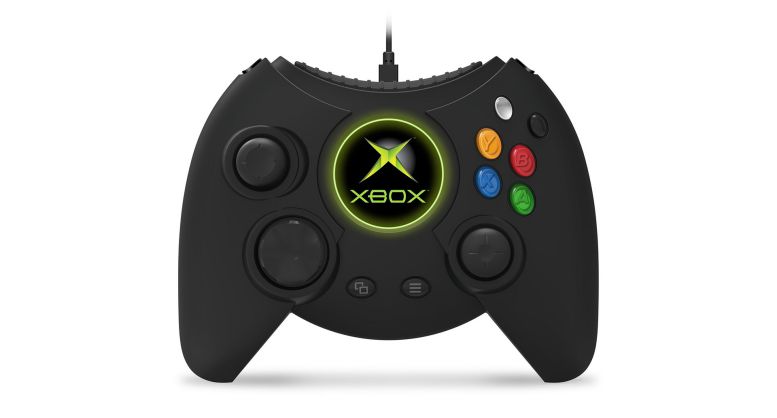 Xbox One Gets A New Duke Controller

If you want to talk about throwbacks, look no further.

THE NEW DUKE CONTROLLER is available at the END OF MARCH for $69.99 And what a wonderful moment! Thanks @XboxP3 Thanks @Hyperkin!!! pic.twitter.com/KB9C6BYxCe

Original Xbox designer Seamus Blackley and Hyperkin have announced that the Duke will be available at the end of March for Xbox One and PC. The controller will cost $70 USD and comes at much lower than I expected. For the price, it’s a nice relic that has gotten a makeover for a new generation, and it’s beautiful, if not bigger than I remember.

Featuring an  OLED screen in the center, the Xbox logo flashes when turned on – a neat gimmick that will for sure get the elite Xbox community happy. With spaced out buttons, a USB cable, and left and right bumpers to be compatible with the Xbox 360. Sadly, it isn’t wireless and requires to be plugged in to use, most likely due to the OLED center which would lead to battery drain that wouldn’t be sustainable.

Are you getting one?