Everything Revealed at Xbox Gamescom 2021 Event 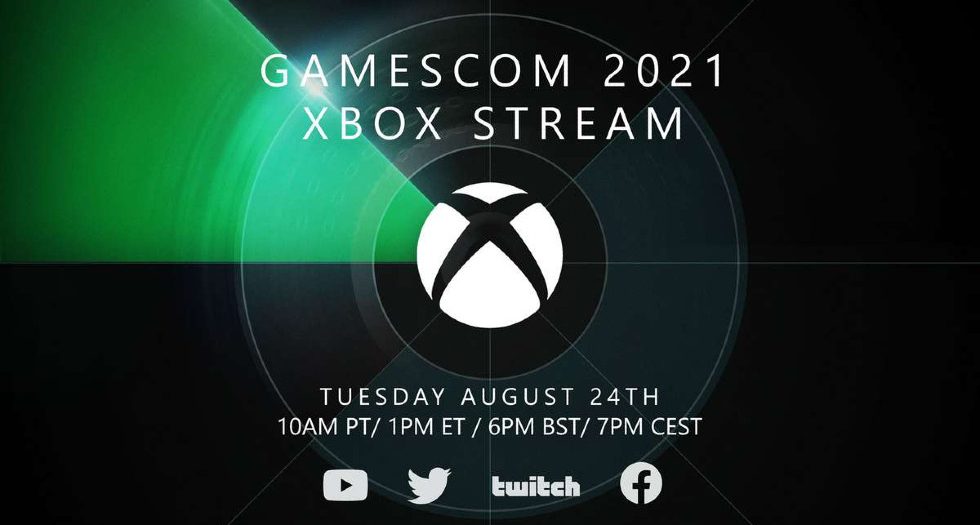 During the stream, Microsoft showed off new footage of highly anticipated games such as Forza Horizon 5 and Psychonauts 2 . We were also treated to the gameplay of Into the Pit and Wasteland 3 DLC, both of which are slated for 2021, plus much more.

To begin, Techland provided us with a brand new look at Dying Light 2 Stay Human, which is primed to release on December 7. In the new gameplay footage, we had a chance to get a look at The City, the central location of the game, overrun by the undead.

Techland’s spotlight on Dying Light 2 showed off the various factions players can expect to encounter. As Techland noted, one faction sports medieval armour, emphasizing the modern dark age the world of Dying Light 2 is set in. Additionally, the new gameplay really helped give us a good scope of how important parkour will be when traversing The City. Dying Light 2 also features a paraglider to help players get around when in the shoes of central character Aiden Caldwell.

The game is set 20 years after the first one and has you in control of Aiden Caldwell, a guy with parkour skills that has to help protect the city from the infected.

As announced back at E3 2021, Microsoft is bringing a few new features to Flight Simulator.

Of course, to follow up on the previous announcement of the Top Gun Maverick crossover, Neumann discussed the DLC is still slated to release for free alongside the film later this year. To tide us over, on September 7th, World Update 6 will be released and will update Germany, Austria, and Switzerland. 100 scenic regions in the areas will be updated alongside new landing challenges and tours, all in celebration of Gamescom 2021.

Neumann also announced that the ‘Local Legends’ plane Junkers has been scanned and will be implemented into the title. On top of that, the studio is partnering with Volocopter to feature their personal air vehicles within Microsoft Flight Simulator come November. A Reno Air Race expansion, the biggest expansion for the title will also be releasing this fall.

First up on September 7th, the World Update VI launches which bring Germany, Austria, Switzerland to the game as a free update.

The Microsoft Flight Simulator team has also teamed up with Germany-based Volocopty to bring their eVTOL air taxi to the game. The vehicle will be coming to the game in November 2021.

Next year will see the addition of fighter jets from Top Gun: Maverick to coincide with the film’s release (which was recently delayed from November 2021 to May 2022).

And finally, Reno Air Races will be coming to Microsoft Flight Simulator this fall, so you can race against your friends or other players.

Microsoft and Humble Games have announced a selection of indie games coming to Xbox Game Pass on Day One.

First-person high-octane dungeon crawler Into the Pit was briefly showcased with an October 19 release. It was also announced that it will be available on Xbox Game Pass on day one.

Into the Pit is a new retro-FPS rogue-lite that has you hunting mystics in a demonic portal.

The game is launching on day one on Xbox Game Pass

Creative Director Adam Isgreen sat down with Yeager to discuss the ‘Hands-on History’ videos expected to be featured throughout the game’s campaign. Each video focuses on specific aspects of history tied to the game.

Isgreen premiered one, dedicated to the trebuchet, a weapon Age of Empires players will be intimately familiar with. It’s a novel education tool that will surely resonate with history buffs who clamour for this sort of content.

With the upcoming release of Age of Empires IV, the game will feature some videos that they call Hands-on History that take a look at historical weapons.

The game will be launching on day one on Xbox Game Pass for PC as well as Steam.

After coming to Android, iOS, and PC, Xbox Cloud Gaming is now coming to console. Microsoft has announced that it’s expanding its horizons to how players can tap into the cloud and access their games wherever they are. This Holiday, Microsoft is bringing Xbox Cloud Gaming to Xbox Series X & S and select supported games on Xbox One.

This means you’ll be able to play new games without waiting for downloads and play next-gen games on Xbox One.

InXile has announced that the Wasteland 3 Cult of the Holy Detonation DLC will be releasing on October 5. Players can expect to travel to Colorado’s Cheyenne Mountain military complex. Upon hitting level 17 in Wasteland 3, players can travel to this area in-game and get mixed up in the middle of a cult war between two factions.

The DLC will feature more choices and will have ownership of the way the narrative plays out. Combat has been expanded by adding new objectives and boss battles for players to sink their teeth into.
Sea of Thieves x Borderlands

Sea of Thieves is hosting an event, introducing a new ship that players can acquire this week. As part of a crossover with Gearbox’s Borderlands, players can gain and step aboard the Mayhem ship.

Throughout Gamescom, players can log in and begin working towards unlocking the Mayhem ship. The event will run until September 7.

The zombie-survival game State of Decay 2 will be receiving a substantial update dubbed Homecoming. Releasing September 1, players can return to Trumbull Valley, which was first seen in the original State of Decay and the Heartland DLC, in this narrative-driven update.

Picking up after Heartland, players see how the area has changed since the last time we’ve visited the area. New weapons, cosmetics, and more will be available in the update. It will also introduce two new achievements to unlock.

New weapons, cosmetics, and more will be available in the update. It will also introduce two new achievements to unlock. The update is free to all State of Decay 2 players.

Stray Blade is a new action RPG that takes players to explore Acrea the Lost Valley that adapts over time as you progress through the game.

A pre-alpha build trailer for Stray Blade was featured. Pointblank Games explains that Stray Blade is an RPG where exploration and combat play central roles in the gameplay. Beyond that, the game is expected to release in 2022.

From Paradox Games, Crusader Kings III is coming to Xbox Series X and Xbox Series S. The ​​strategy role-playing video game set in the Middle Ages will have controls adapted for the controller and will take advantage of the Series X/S hardware.

Just in time for release, Double Fine had a chance to spotlight their sequel to its deep and psychedelic game Psychonauts. Today, Microsoft premiered the launch trailer for Psychonauts 2.

Players looking forward to Psychonauts 2 don’t have to wait long. The title is debuting on Xbox One, Xbox Series X/S, PC, and PlayStation 4 on August 25. It is also available on Xbox Game Pass.

A new trailer for The Gunk was premiered and the game comes from the makers of SteamWorld. Not much besides gameplay was shown or discussed. Though, the trailer did give us a look at some of the environments we can look forward to investigating upon release.

The cover cars for Forza Horizon 5 will be the Mercedes-AMG ONE and the 2021 Ford Bronco Badlands. Playground Games also debuted an extensive eight-minute-long gameplay demo against the Mexico backdrop and the various biomes of the game. This was the first chance we got to see the 2021 Corvette Stingray, Porsche 911, and Mercedes-AMG ONE in action. For some added intensity, the trailer depicts the dynamic weather conditions, including sandstorms.

The controller will go great with the game which launches on November 9th, 2021.

That’s a wrap on the Gamescom 2021 Xbox Stream!

XEL Announced, Launching on Consoles and PC in 2022

Sachin is a talented and versatile writer with a passion for technology and loves to write about gaming, entertainment, tech and more. He started TheCanadianTechie back in 2012 to become the ultimate, independent source for tech enthusiasts or “techies”.