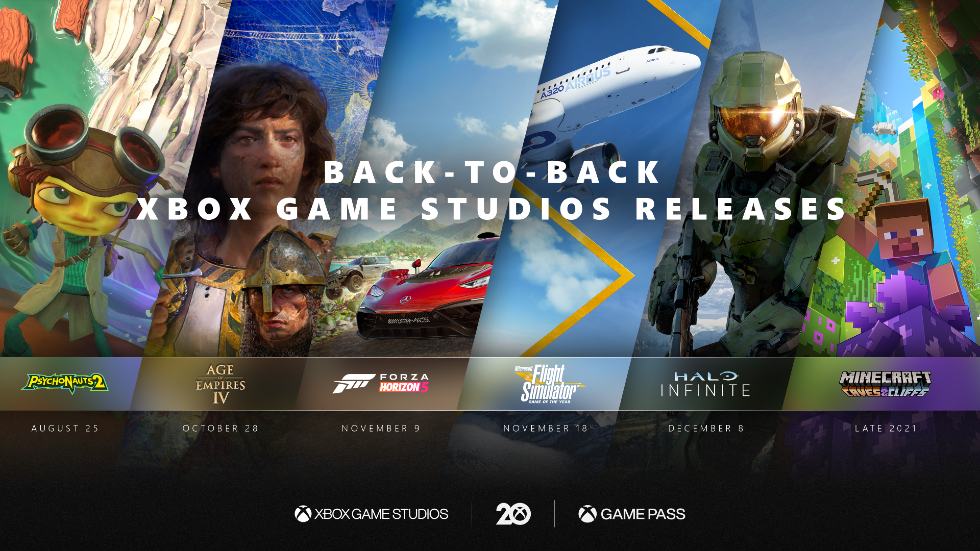 If there’s ever been doubt about how great of a value Xbox Game Pass is, now is the perfect time to come to terms with how exciting and valuable a service like this truly is. Any skepticism you may have previously had should take notice of how easy it is to find and play games on Game Pass is.

“This has been a remarkable year for Team Xbox and for you, our fans. We welcomed Bethesda to the family, announced a new slate of games together in June, and launched Psychonauts 2 and Microsoft Flight Simulator, two of the highest-rated games of the year, into Xbox Game Pass,” says Matt Booty, Head of Xbox Game Studios. “Twenty-five million players have now joined us in Sea of Thieves and your passion for Series X-shaped appliances has made the “Mini Fridge” a real thing. Our players are at the heart of everything we do and we couldn’t be more thankful for your incredible support.”

Kicking off at the end of October, Xbox will have three months of back-to-back game launches beginning with Age of Empires IV on October 28. The franchise has been a big piece of Microsoft’s gaming legacy, and this month’s release will one of the biggest ones yet, as the game arrives on Steam and Game Pass for PC on day one.

On November 9, Forza Horizon 5 debuts on the platform, bringing with it a stunning racer set in Mexico. Playground Games promises the biggest Forza Horizon yet and the E3 winner will launch simultaneously on Xbox Series X|S, Xbox One, Windows PC and Steam, and Game Pass including console, PC, and Cloud Gaming (beta).

On December 8, 2021, Halo Infinite will finally launch on Xbox, bringing the largest Halo game to life. After a few delays and flight tests that included a massive community, Master Chief returns just in time for Christmas.

Then, beginning on November 15, 2021, Xbox invites everyone to join them for a digital event broadcasting around the world to celebrate the 20th anniversary of Xbox and Halo. There won’t be any new announcements and the whole stream is to celebrate 20 years of Xbox.