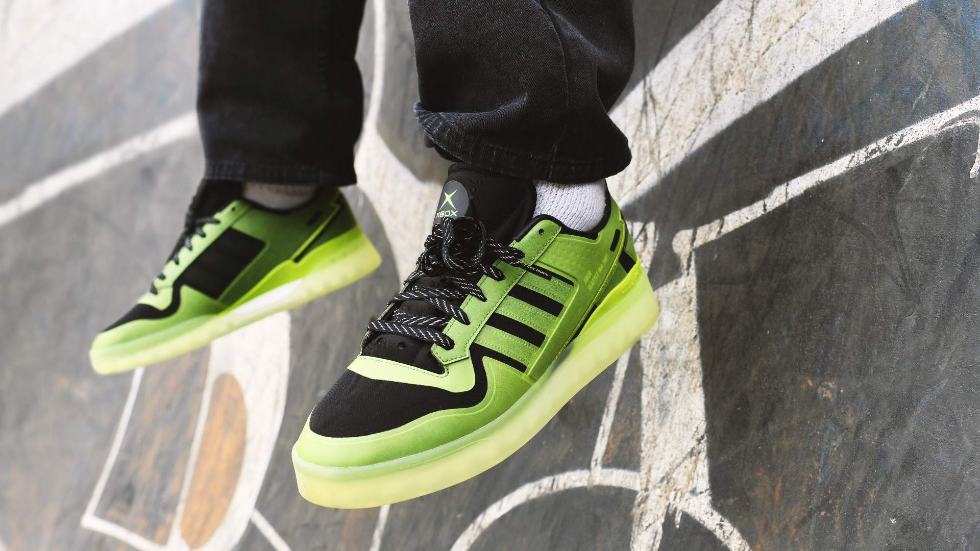 Xbox is partnering with Adidas to celebrate the “shared heritage of play” by releasing a new console-inspired sneaker 20 years of Xbox. We get our first glimpse of the Xbox 20th Forum Tech, the first pair of shoes to be revealed that features “translucent green details inspired by the special edition release of the original Xbox console for the launch of Halo: Combat Evolved in 2001”. This is to celebrate the first generation of Xbox consoles that launched way back in 2001. Xbox says the shoe balances nostalgia all while embracing modern technology. The Forum Tech shoe is fittingly made to look like it belongs to the early 2000s and the post on Xbox Wire even says that it was done like this to celebrate the era of play when the original Xbox launch — skateboarding culture. Even the trailer below was filmed like a skate tape and is a throwback to simpler times.

This first pair of shoes is seemingly based on the launch of the first Xbox. We can expect to see more shoes based off every generation of Xbox console that has previously launched. Knowing how many fans are likely to want a pair, Xbox is also giving away a pair, so be sure to follow them on Twitter.

“This collaboration kicks off the global launch of the “Always Played In. Never Played Out” program, which celebrates popular eras of play over the last two decades, across sport, gaming, and lifestyle and the magic that happens when we all take time to play,” says James Monosmith, Senior Sales & Marketing Manager. “As games are meant to be played, shoes are meant to be played in — from the concrete to the couch and beyond.”