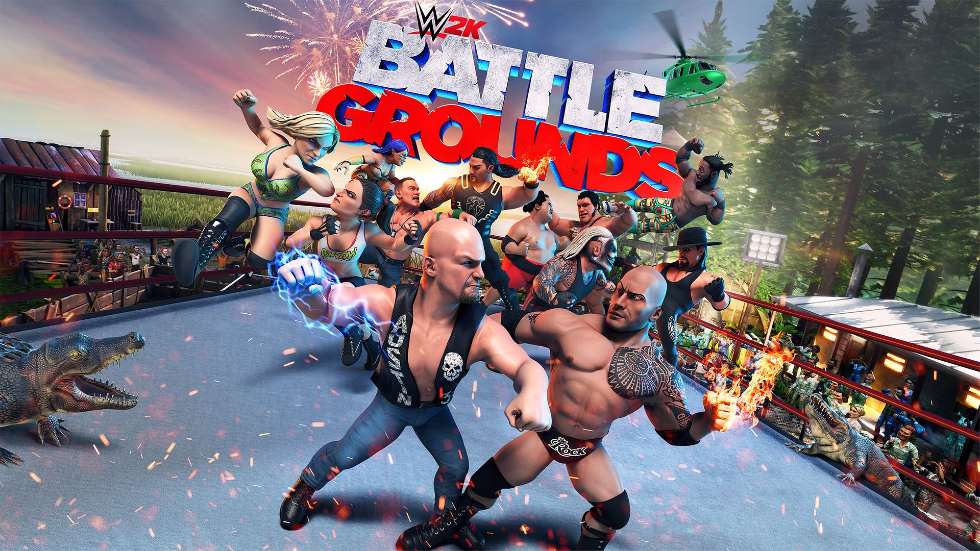 WWE and 2K revealed WWE 2K Battlegrounds earlier this year and the arcade grappler is raring to get a three count on you when it launches on September 18, 2020.

The arcade-brawler from Sabre Interactive features a roster of more than 70 WWE Superstars and Legends with more to come post-launch. In addition, there are several ways to play, including Exhibition matches at home or on-the-go in both local and online multiplayer for four players. I’m checking out Exhibition right away. If you prefer a campaign, then you’re going to have to compete for a chance to earn a WWE contract, and as you compete, you’ll earn new arenas while seeking guidance from Stone Cold Steve Austin and Paul Heyman. King of the Ring is playable online and the last man standing for up to four playable wrestlers in the ring and another four waiting outside. Lastly, Online offers both tournaments and Exhibition matches.

WWE 2K Battlegrounds is designed to be easy to pick up and play, but challenging to master, with more advanced techniques to be learned and skills to be unlocked so players of all skill levels can enjoy the action.

The wait isn’t too long as WWE 2K Battlegrounds launches September 18, 2020 for the PlayStation4, Xbox One, PC, Nintendo Switch, and Stadia.