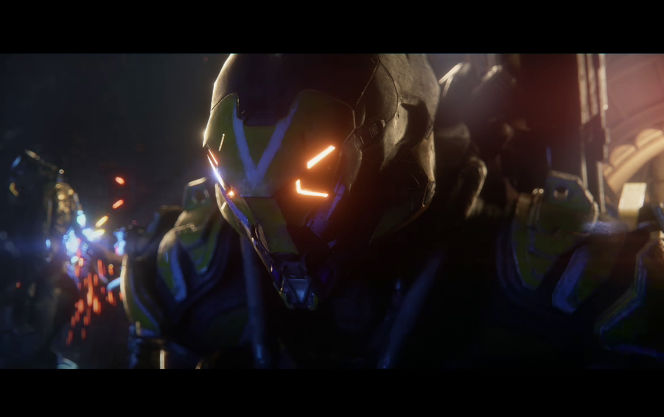 Bioware showed the first full look at their new space sci-fi game, Anthem, today during Xbox’s E3 Brief. The game will put players in the shoes of ‘freelancers’ who use exosuits while exploring a vast yet dangerous open-world.

The footage shown today was of an in-game mission where players had to rescue a group of ‘freelancers’ that had gotten stranded out in the jungle-like environment. Game director, Jon Warner presented the new footage and had this to say:

“The world of Anthem is hostile, and threats can come from any direction,” Warner said. In addition to enemies in the wild, players will also have to be wary of dynamic weather events called “shaper storms.”

The game was briefly touched upon in EA’s conference yesterday, before it’s full reveal today. Anthem looks awesome and is set to launch in 2018. Can’t wait!