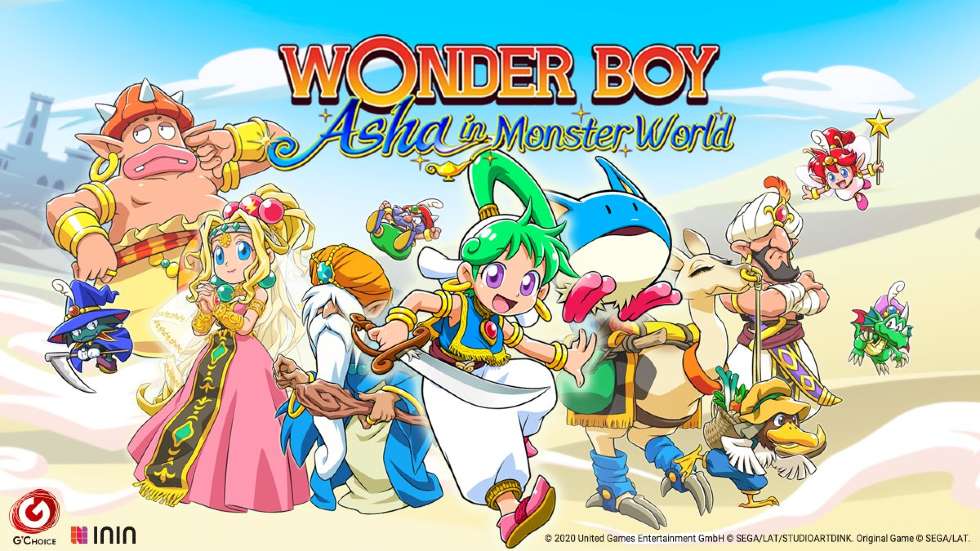 Developer ININ has revealed when you’ll be able to play Wonder Boy: Asha in Monster World and it’s coming up soon! The remake of Wonder Boy IV will launch on May 28 for Nintendo Switch and PlayStation 4 with a PC port arriving on June 29 via Steam.

In Wonder Boy: Asha in Monster World, Ashai must free the four spirits who are sealed away by evil forces. As she explores the world, she’ll uncover the truth of her enemy and she’ll do so with her companion Pepelogoo. The game is a full remake of Monster World IV, with cell-shaded 3D graphics and 2D gameplay that stays close to the beloved original gameplay as well as enhanced visuals and refined play content. And as a cool thank you, Wonder Boy IV is included in the game as a bonus.

I’m happy to see this game be remade for today’s audience because it is a beautiful, colourful game that includes many of the original developers, including creator Ryuichi Nishizawa and composer Shinichi Sakamoto.