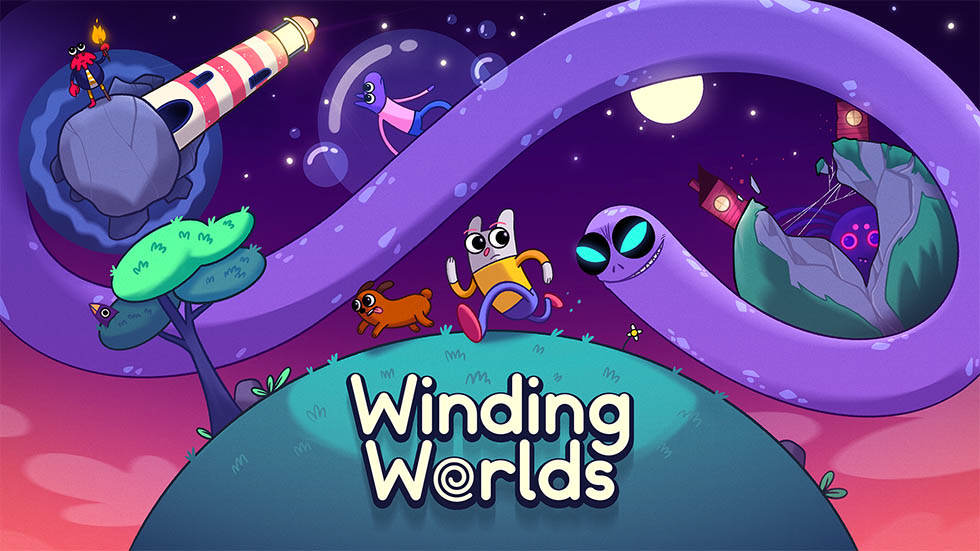 Montreal’s KO_OP has launched its first title on Apple Arcade with Winding Worlds, a follow up to GNOG.

Winding Worlds is a colourful, fun puzzle-adventure that leaves the stresses of the real world behind. The game transports players to mythic worlds where they must solve their way through the afterlife. The game joins a growing catalogue of games, with more being added on a regular basis. We’ve been in quarantine for several weeks now and even discussed which games were best played on mobile devices.

You’ll play as Willow, who discovers a magical necklace that transports her to a mystical place full of strange planets, each with their own inhabitants. In this place, Willow is hired by the cosmic Wurm to find out how to help the inhabitants and heal them.

“We finished it during the current pandemic. It’s about scary, hard subjects that are important, but done in a light way that doesn’t insult kids’ or adults’ intelligence,” said Saleem Dabbous, Studio Director. “We put a lot of ourselves, our fears and anxieties into the game and hope it resonates with our audience.”

I’m currently downloading Winding Worlds and am excited to check the game out this weekend.

In other Apple Arcade news, a handful of other games received updates. Butter Royale kicked off its Chocolate Egg season with a new look and fresh characters, flags, trails, and melees for players to unlock. There’s new gameplay this week with Conquer Daily and Weekly Quests where you can unlock XP, Seasonal Tokens, and Tickets to unlock items. Pattered introduces a new multiplayer mode for players to build puzzles with friends. Spaceland gets its first update today with eight new single-player missions from the Mercenaries Guild and Multiplayer. Lastly, tint adds 29 new levels bringing the total to 250 levels that players can solve in creative new ways by painting.