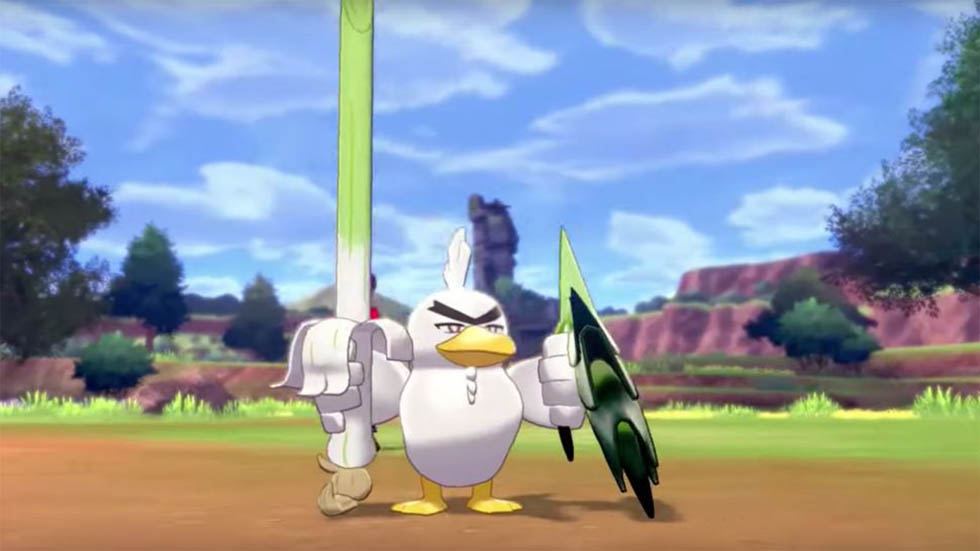 Who Knew We Always Needed Sirfetch’d In Pokémon?

Over the last week, developer Game Freak has teased a new evolution for an existing Pokémon which would debut in the upcoming Pokémon Sword and Shield. All we had to go on was a blurry, if not a glitchy picture which led many to think it was related to Missingno.

How wrong we were.

Farfetch’d is found within the Galar region and as it turns out, those within the region evolve into a new form, Sirfetch’d, a regal-looking Wild Duck Pokémon “after experiencing many battles.” Equipped with a joust pole and shield made of leeks, Sirfetch’d is a is Fighting-type Pokémon and exclusive to Pokémon Sword.

In battle, Sirfetch’d uses the sharp stalk of its leek as a lance and the thick leaves as a shield. It maintains this leek over the span of many years and treasures it more than anything. When its leek finally withers, Sirfetch’d will leave the battlefield and retire from battling entirely.

Sirfetch’dis is the only Pokémon able to learn a new move called Meteor Assault. Sirfetch’d points its leek at the opponent and charges toward them at great speed. This move is devastatingly powerful! However, it appears that the move also puts great strain on Sirfetch’d. It will be unable to take action immediately after using this move.