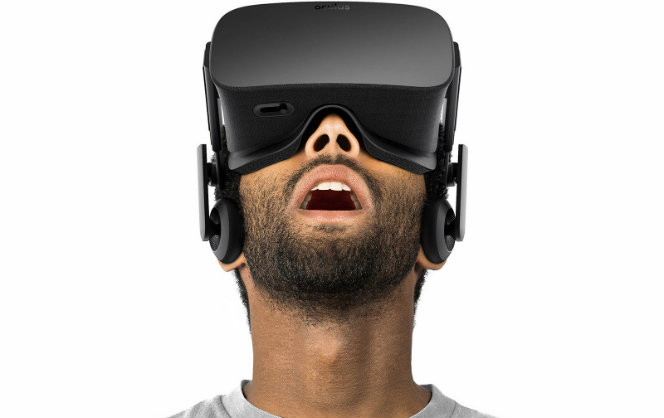 Where Else Can Virtual Reality Take Us? With the announcement that Sony’s VR headset will launch in October later this year for $549 CDN, it’s time to look at what else we’re going to expect from both Samsung’s headset and Facebook with their take on virtual reality.

These companies are in an arms race at this point to bring the best Virtual Reality to the masses, and while each company has their own take on it, it’s still unclear who will be the victor of this battle.

I’m interested in Samsung’s Gear VR, as I am loyal to their brand – all my televisions are Samsung! The runner up is Oculus Rift, which was acquired by Facebook a couple of years ago, firmly solidifying that VR is the future. Go Zuckerberg! With GDC being held last week and all the talk going around about how VR is the future, and, everyone trickling information out about what their headsets will be capable of, is a race I want to bet on.

VR feels like the logical successor to the regular consoles we engage with now in our daily lives, and when the technology gets to a point that we visit stores through VR, or movies, or places like a casino. We go to these places to socialize and have fun, and lately, I’ve been kind of thinking how Virtual Reality can revolutionize socialization without having to leave my house. I don’t advocate being a shut in, but, it’s cool that technology is pushing us into these new areas.

I’ve been looking around for interesting things that could benefit from VR, and I’ve been spending some time over at an online casino, playing some of the cool games available over there, my favourite’s being The Avenger’s and Gladiator Jackpot, this is a first for me as I don’t find myself to be one for slots, but, seeing Marvel properties working in a successful context of a casino, well, I can see VR coming in and making the experience both fun and rewarding for players. The thing is, as the technology becomes more affordable to the masses, prices for the equipment will come down, and development will benefit from this, increasing both the amount of people using it, and the way we interact with it. Want to see some paintings at the Louvre? Turn on your VR headset! Want to take a drive along the coast? Well, you happen to have a VR headset that can take you there! The same goes for other venues, like stadiums, malls, or like I said, casinos!

I’ve been looking around YouTube for some way to implement VR into many different uses and locations, I found some really funny videos of YouTuber’s exploring the Oculus from Facebook and playing casino games with their friends for real money, it’s a cool way to get your friends involved. This can be applied to many social settings, too. Ever wanted to go to the MGM, or, The Cosmopolitan of Las Vegas? The amount we’ll be able to do is endless and limited only by our minds. The future is bringing us all to a new level of connectivity, some see it as being a sign that we’re losing our way and exploring our world far less than we should. In a sense, yes, but with virtual reality at the forefront right now, we’re opening up ourselves to explore things far greater than just the world around us, it’s what beyond that is what I am excited for.