What Comes Next for Metroid?

With the release of Metroid Dread, what does the future of this 35-year-old franchise hold? Did it really come to an end? Let’s circle back a bit on who is Samus Aran and the whole story behind Metroid Dread and let’s see what could potentially happen next.

Who is Samus Aran?

Samus Aran is a former Galactic Federation soldier who became an intergalactic bounty hunter. Born on planet K-2L with her parents, Rodney and Virginia Aran, she was orphaned when space pirates, led by Ridley, destroyed the entire colony where only Samus survived. Saved by the Chozos, half-man half-bird creatures living on a neighbouring planet, Zebes, where she was educated by these noble people endowed with incredible intelligence and technological advancement. In addition to sharing their knowledge with Samus, the Chozos decided to pass on their DNA to her as well. At the age of 16, Samus decides to leave Zebes in order to avenge the death of her parents. The Chozos, therefore, decided to offer her a parting gift of paramount importance: Old Bird’s Power Suit. This armour, in which Chozos blood flows, withstands harsh environments. It is also thanks to this armour that she will integrate the Galactic Federation by posing, at first glance, for a robot.

The Metroid Dread title first appeared on a 2005 Nintendo Software internal list of “key DS games to be announced in the future”. This led to the expectation that it would appear at E3 in 2005 or 2006. Metroid Dread was the only game on the DS internals list that was not released. The initial version of the game was described as a 2D side-scrolling video game. It would have been a sequel to the 2002 game Metroid Fusion. In late 2005, rumours spread that Metroid Dread was cancelled. The game was listed in the February 2006 issue of Official Nintendo Magazine, with a November 2006 release date. The March issue listed a general date of 2006, with a suggestion to look to E3 that year for details, but the game never appeared at the convention. Sakamoto later indicated that the technology at the time was not ready for such a project. 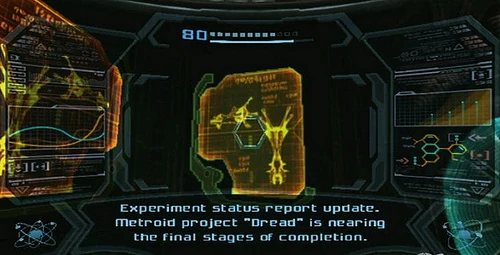 A message stating “Experiment Status Report Update: Metroid Project ‘Dread’ is nearing the final stage of completion” was found in Metroid Prime 3: Corruption from Retro Studios in 2007. Corruption director Mark Pacini denied there was a connection and said it was pure coincidence. The message was edited into the Japanese version of the game, which launched later that year and instead refers to a “dread-class turret“.

Nintendo made a second attempt at developing the game in the late 2000s. A playable prototype was created around 2008 and shown to Nintendo Software Technology and Nintendo of America staff at E3 2009. The project would only no longer be called Metroid Dread while having a similar art style to Metroid Fusion. When announcing the game at E3 2021, Sakamoto commented that while developing the second version, it couldn’t live up to what he envisioned for the title, and so development was halted.

In 2010, Sakamoto confirmed that Dread existed, but said Nintendo would “start from scratch” if they came back to it. He also said they were “waiting, watching and reading comments to see what people are interested in before commenting on the project.” In other interviews, he denied that the Wii game Metroid: Other M and the Nintendo 3DS game Metroid: Samus Returns had any connection to Dread.

In May 2010, Harris said the Metroid Dread story was finished and he had seen it. He claimed that Nintendo was able to “bring it back at any time”. In a 2018 interview with Hobby Consolas, Sakamoto said the DS wasn’t powerful enough to create the Metroid game he envisioned.

Since the game’s initial slate, critics have expressed interest in Metroid Dread or a similar 2D side-scrolling Metroid project that will later be revived. According to Sakamoto, questions about Metroid Dread were popular, especially in post-E3 interviews. Audrey Drake listed it as her second most wanted thing at E3 2012, specifically developed by Retro Studios and released for the Nintendo 3DS with “Super Metroid-style gameplay.” IGN featured it in their “Life Support: Games in Danger” article. K. Thor Jensen included it in his list of “video games you’ll never play”. He felt Metroid: Other M was a disappointment and it made him nostalgic for Dread. Patrick Klepek noted that the game’s possible cancellation was not good for “old-school Metroid fans.” Thomas East included Dread and its apparent Corruption reference in their list of “11 Amazing Metroid Facts and Secrets”. East added that he was hoping for an eventual 3DS release. 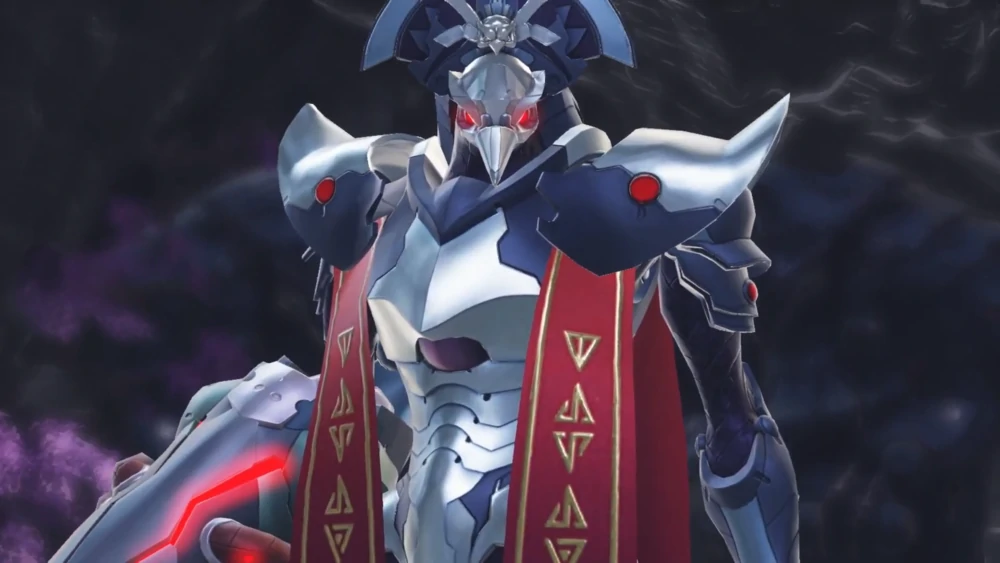 Marc Zablotny, the editor for Official Nintendo Magazine, included it on his 2013 wishlist. He used Kirby’s Return to Dream Land, a game originally announced in 2005 and released in 2011, to show the possibility that Metroid Dread could still be created. He also said he was more interested in what Dread “stands for rather than the specific game itself”. Zablotny later included it in a list of “15 Other Nintendo Games You Never Got To Play” and called it one of the most infamous examples of a cancelled Nintendo game. Nick Chester of Destructoid criticized Nintendo for focusing on games such as the Brain Age series as opposed to a 2D Metroid game.

During Nintendo’s E3 2021 Nintendo Direct, Nintendo announced that Metroid Dread was in development for the Nintendo Switch, with a release date of October 8, 2021. It is developed by Nintendo EPD and Spanish developer MercurySteam, the studio that developed the 3DS game Metroid: Samus Returns (2017). Sakamoto said Nintendo revived the project after seeing what MercurySteam could do with its technology on Switch.

Several timelines were created by fans according to information that could be found in different documents such as in games, mangas, Nintendo Power and more. At first, Super Metroid, Metroid: Other M and Metroid Fusion were supposed to be considered after the story of Metroid Prime 3: Corruption, leaving Metroid Dread as the “great finale” since, as you may now know, all Metroids were eradicated and the only remaining Metroid DNA is within Samus herself.

At the end of Metroid Dread, we can see Samus morphing into some strange creature with an interesting look. That same creature, with its claws, was unable to take control of the spaceship until an X Parasite fused with Samus to calm her down and make her morph into her former self again.

We do not know what is going to happen to our remarkable bounty hunter, that’s for sure. Having said that, we do know that there are plenty of games that can still be put into the current timeline before the eradication of the Metroid. And, those who may have read a bit about Samus’ story from different sources may know some important plots that haven’t been addressed yet, including:

Although there are no further explanations on where the series goes from here, there is only one thing you may have to consider: the game still ends on the “See you next mission” quote.