By now, many of you are probably collecting a vast assortment of citizens to join DeadSec London in stopping the evil Albion private security army and liberating London. 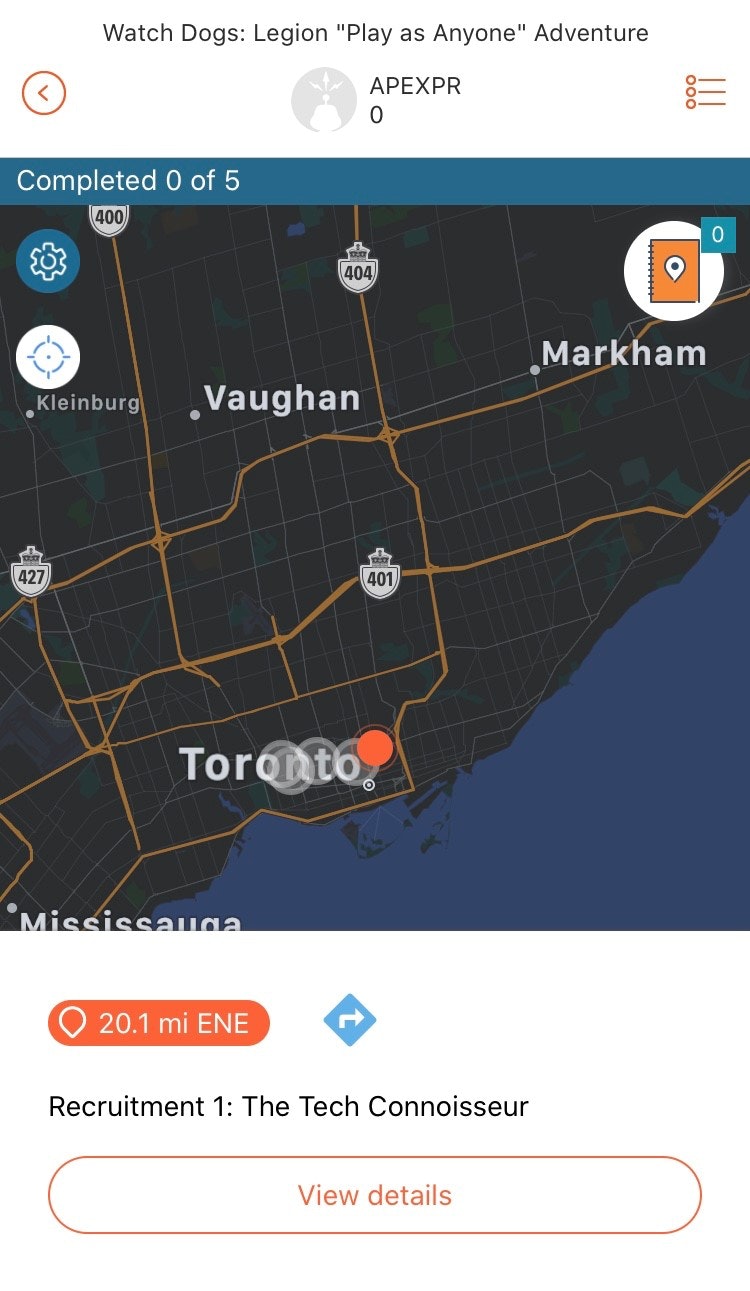 Ubisoft and Adventure Lab are collaborating to get you out into the city Those who download the app launching in late November will have the opportunity to visit five locations around the city, and pending that they correctly answer a skill-testing question, they will be able to recruit a powerful resistance member. Hit all the stops on your mission successfully, and you’ll net yourself some sick exclusive content and Ubisoft interviews.

As is always the case with DeadSec missions, confidentiality and discretion are paramount. Also, remember to stay safe out there! Wear your mask and keep your distance.

From November 24 until December 31st, put yourselves in the shoes of a resistance recruiter, tasked with exploring various locations in Toronto to virtually recruit unique individuals into the resistance. The Watch Dogs: Legion – Toronto Adventure will put your knowledge and wits to the test as you explore Toronto and meet some of Watch Dogs: Legion’s many characters with their own personality and story.