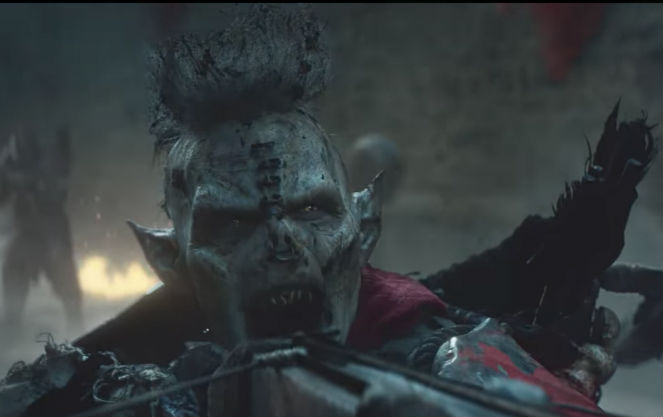 Warner Bros Interactive Entertainment (WBIE) announced today that they are starting a brand new exciting “Campaign That Never Forgets” for the upcoming release of Middle-earth: Shadow of War. The campaign kicks off with an interactive live-action film from Neil Huxley (known for his visual effects work on Avatar and Watchmen) and Director of Photography Fabian Wagner, (Game of Thrones). The ‘Campaign That Never Forgets’ recreates the game’s incredible Nemesis System by having players make key story decisions during the siege of a fortress.

Those decisions then result in a personal relationship with a specific Orc as a loyal ally or vengeful enemy, which will extend beyond the interactive trailer and follow viewers across the internet, emulating the gameplay experience created by the Nemesis System. In Middle-earth: Shadow of War, players now have entirely new ways to journey through the dynamic world, with more choices and opportunities than ever before due to the addition of Orc Followers. Whether spared, scarred, recruited or marked, every encounter will be remembered and help fuel the dynamics of society and conflict within Mordor, all brought to life through the expanded Nemesis System.

The live-action film can be found here. Set between the events of The Hobbit and Lord of the Rings, Middle-earth Shadow of War is an open-world, action RPG that continues the narrative of Middle-earth: Shadow of Mordor. The game launches October 10th for Xbox One, Xbox One X, PlayStation 4, PlayStation 4 Pro, and Windows 10 PC.