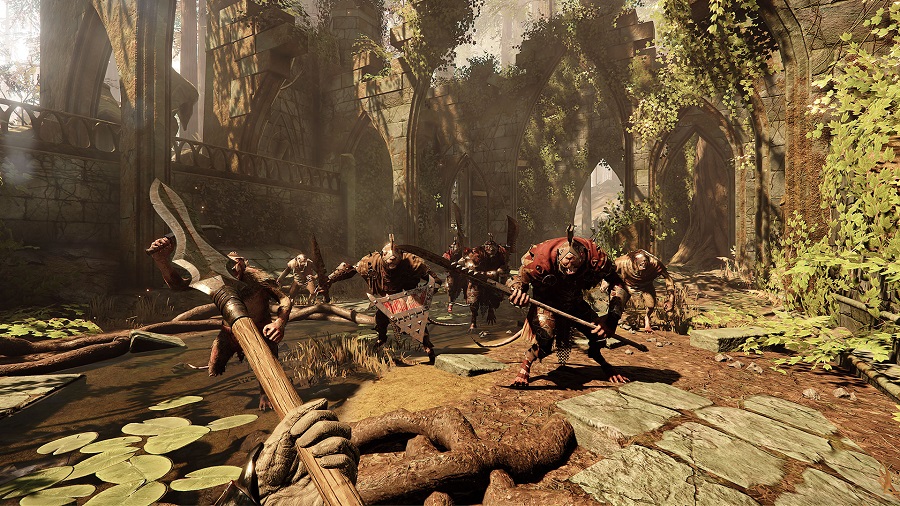 Warhammer: Vermintide 2 Will Crush Its Enemies On December 18 On PS4

Warhammer: Vermintide 2 has arisen from the shadows of development and has announced that it will be released on PS4 on December 18 where players will be able to choose between five heroes and fifteen unique career paths. Enemies will attack you differently each playthrough as their Spawn Director has been improved, resulting in a different experience with each playthrough. You will have to fight and survive the horrors as a team as cooperative gameplay will aid you in overcoming various threat by utilizing the unique skill set of each hero in the team.

Pre-ordering the ultimate edition will grant you immediate access to the closed beta, which started today, and four day early access to the game and two DLCs. Warhammer: Vermintide 2 will be released on December 18 on PS4.