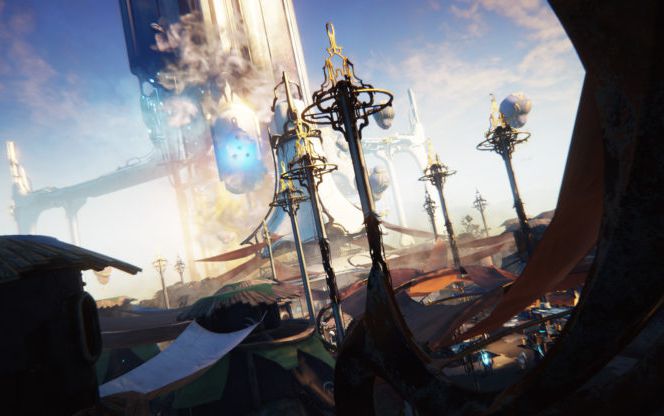 Warframe’s Plains Of Eidolon Has Proved To Be Very Popular

Since the launch of Warframe’s newest expansion, Plains Of Eidolon, has hit some record numbers. Digital Extremes, the Canadian Indie Dev and Publisher behind Warframe has announced that the game hit an all-time peak of 121,377 players on Steam. That’s almost double it’s previous record peak back in March of this year at 69,526. Plains Of Eidolon’s peak is the second highest peak for a free-to-play game currently on Steam. Warframe Plains of Eidolon rocketed to the top five of SteamCharts, racking up 40,145,054 hours played.

Since its launch in 2013 on PC, Warframe has amassed more than 30 million registered users across all three systems over four-plus years. Plains of Eidolon offers players a massive new landscape to explore, a 10-story high boss to combat, new weapons, items and armor to upgrade and customize, a unique Warframe to play, all while introducing a significant, original chapter in the game’s ever-expanding lore. Plains of Eidolon’s expansion went live PC and Steam on Thursday, October 12, and will arrive on PlayStation 4 and Xbox One later this year, and is free to play.