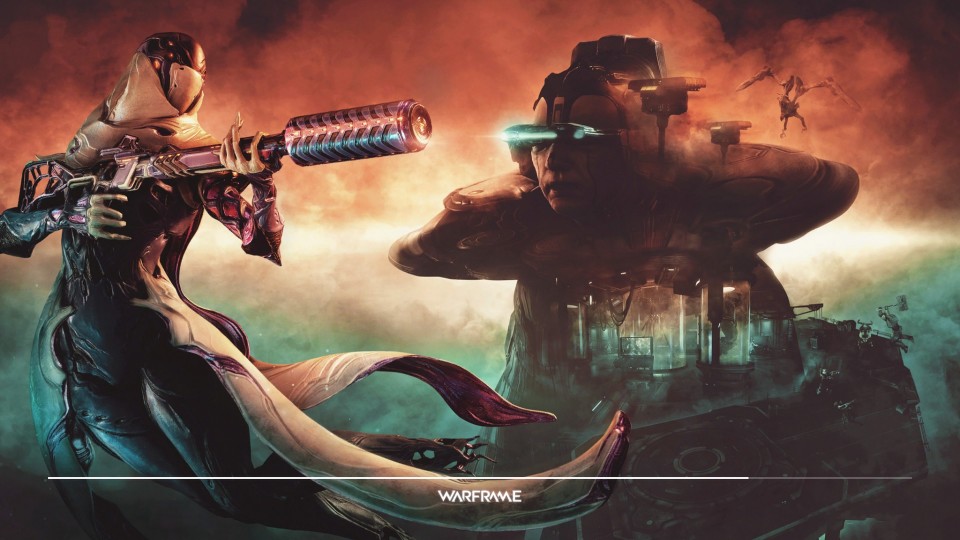 Canadian developer Digital Extremes have just recently launched Warframe’s 25th major update on PlayStation and Xbox, and this console player could not be more excited! For those who may have never heard of Warframe, it is a 3rd person action game utilizing a combination of ranged and melee combat paired with each warframe’s unique powers.  With the “Jovian Concord” update now out on consoles, what do players have to look forward to? Brand new weapons, new mods and mod sets, the newly reworked “gas city” tile set on Jupiter, a brand new game mode called Disruption, new enemies including a boss battle with the winged Ropalolyst and last but not least Wisp, the 40th frame added to the games roster of selectable “characters” giving players both old and new something to work towards including putting a stop to a new alliance between the Corpus’ Alad V and an enemy that will remain nameless here to help prevent some major story spoilers. Now if you’re brand new to Warframe you will have a ways to go before actually reaching this newest content but don’t let that get you down since you will be working your way through 18 planets and learning the ins and outs of the other 39 frames and the multiple quests that will flesh out the lore of the world, the warframes and who exactly created them and why. On this journey you will be completing various mission types varying from exterminate all enemies, Spy missions where you are required to stealthily infiltrate an enemy compound and download enemy data lest you set off an alarm and start the data purge countdown, defense and survival missions which act as the games “endless” modes and many more.

One of my favourite things about Warframe is the sheer volume of frames to choose from some even have “prime” variants with slightly altered stats and with each frame is based around their own unique element or theme it’s hard not to find a frame that suits your playstyle. Want to have a tanky frame with a high health pool, immunity to damage, team damage buff and a great crown control ultimate then Rhino is for you. Looking to silently stalk your prey, slipping by them unnoticed only to guide a throwing dagger around a corner for a headshot, you may want to look into building Ivara, but wait there’s more!

Warframe’s unique mod system really allows you to tweak your frame and weapons build and stats even further, continuing to use Rhino as an example, he has high health and armour but is one of the slowest frames due to his weight so to help counteract that you could slap on an armoured agility mod increasing his armour even further while giving him increased sprint speed. Similar to frames all primary, secondary and melee weapons have multiple mod slots to tweak their crit chance, crit damage, fire rate, various elemental statuses with fire, ice, electricity and toxic being the primary elements each which can be combined together to form a new element, i.e. Electricity+Ice = Magnetic, Toxin+Fire= Gas. The level of customization is truly staggering and is so much fun for those who love to tinker around with various builds. Now earlier I mentioned “building” Ivara, unlike other games where you may buy your weapons in a store or find them off of bosses, Warframe is a little different. You can buy the blueprint for the weapon or warframe, but you need to collect the materials required to build them. Materials are gathered simply from running missions and drop from both enemies and various containers throughout the level quite liberally. There are even some frames with unique abilities or mods that are geared towards farming more components. Here is where the largest barrier to new players comes in, once you’ve collected the necessary items every weapon will take a full 24hrs to be crafted and every frame part will take 24hrs followed by a full 72hrs to build the frame itself with the parts This can feel like an eternity for a new player but it’s good to note that these timers do count down in real time even after you have turned your system off and chances are if you are a new player still unlocking the star chart, by the time you have the materials for a new frame and weapon you will still probably be levelling up your current frame and weapons to 30 and searching for different mods for new builds. Being a F2P game though you can rush the build the time using the game’s premium currency “platinum,” the amount of platinum required will vary depending on how much build time is left. Now I know a lot of people find F2P a dirty word in gaming, but it should be noted that Digital Extremes may have the fairest F2P model I have ever seen, while you can buy platinum with your real-world money, you can also trade for it in-game with rare and unique syndicate mods or even the rare primed weapon and warframe parts so if you don’t want to you don’t need to spend a dime!

So if you’re looking for possibly one of the best F2P game currently out there and have a few hundred hours to spare joining the Tenno and hopping into a Warframe of your very own may be just what you need!

Warframe is available on PC, PS4, Xbox One and Nintendo Switch