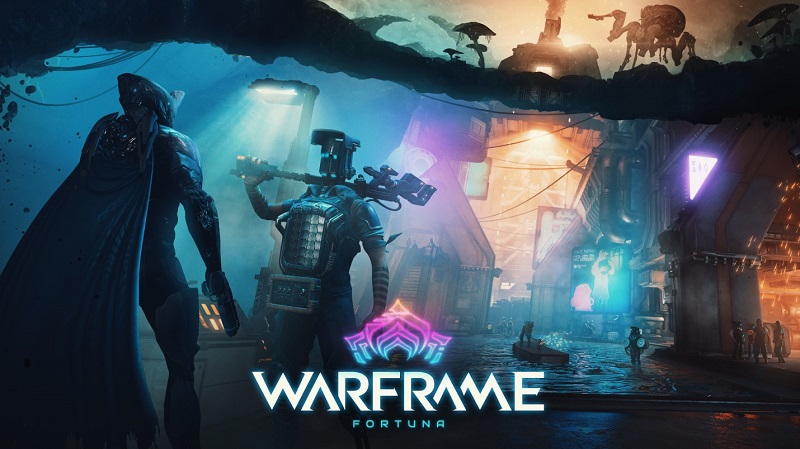 It was announced today that the open-world expansion Fortuna for Warframe will be arriving first on PC in November with the Nintendo Switch version arriving on November 20, and PS4 and Xbox One versions will arrive sometime this winter. Fortuna’s world will be around four to five times bigger than last years update, Plains of Eidolon, and will bring a new exciting look to the Warframe experience.

The main character Tenno of the Solaris United faction will go against their Corpus overlords by picking up bounties and missions in the camp of Fortuna while using the new K-Drive hoverboard to traverse the beautiful terrain.