Tails Channel, a Sonic the Hedgehog fansite, is reporting that we’re going to see more from the blue hedgehog in 2021, which is the 30th anniversary of the series. It’s been some time since we’ve heard anything regarding the series and it’s been almost three years since the launch of Sonic Forces, a game met with a cold reception. 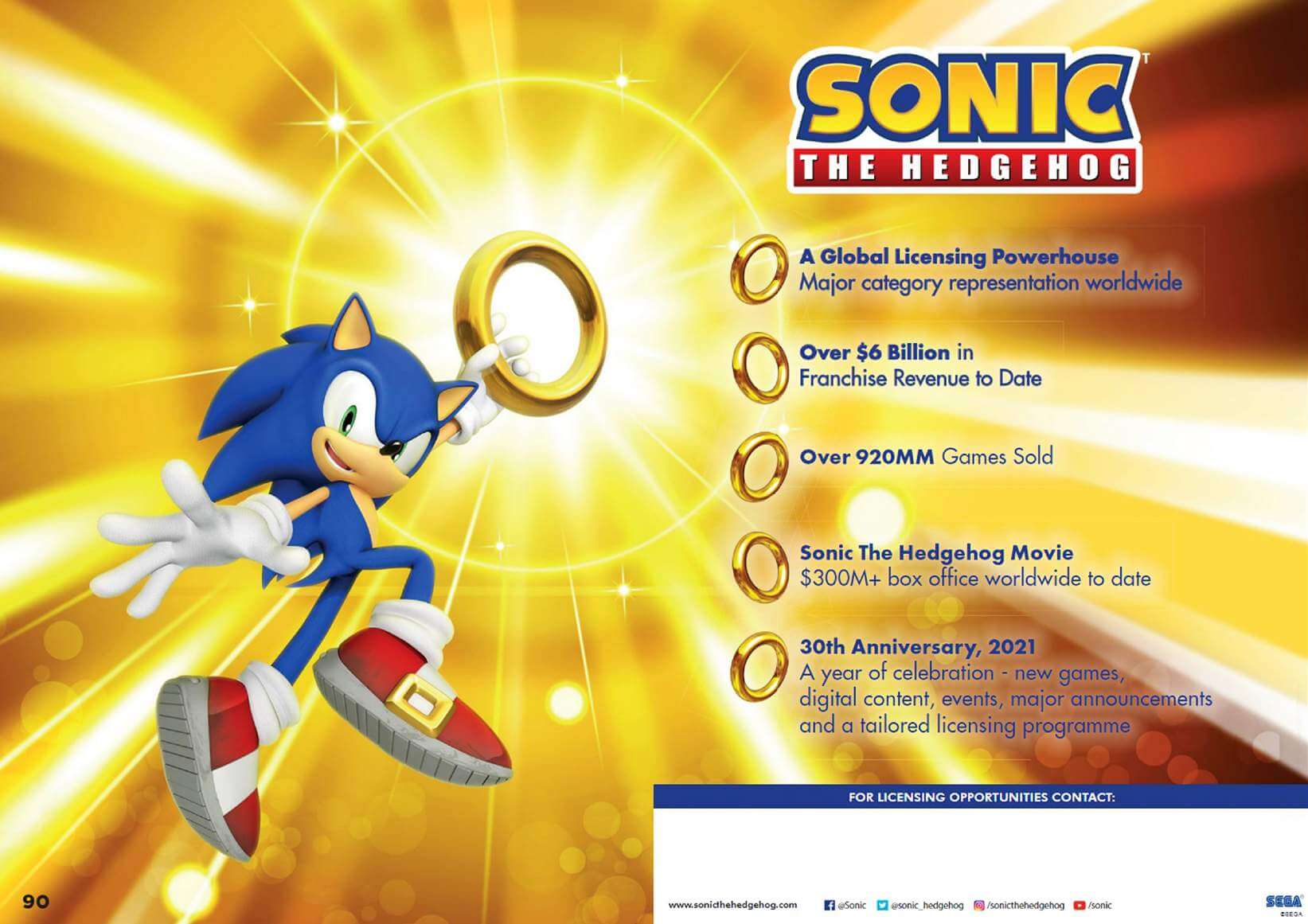 According to the Licensing Source Book Europe (advertising and trade ad feature) has unveiled Sega is planning a massive event for Sonic in 2021. And why wouldn’t they want to do that, after revealing the mascot is worth $6 billion and his recent movie that released in February 2020 was a success.

Sega says 2021 will be a “year of celebration,” with “new games, digital content, events, major announcements,” and even a “tailored licensing programme.” Sega is keen on pushing Sonic well into the future by the sounds of it, and that last blurb says there is quite a bit of Sonic to go around.