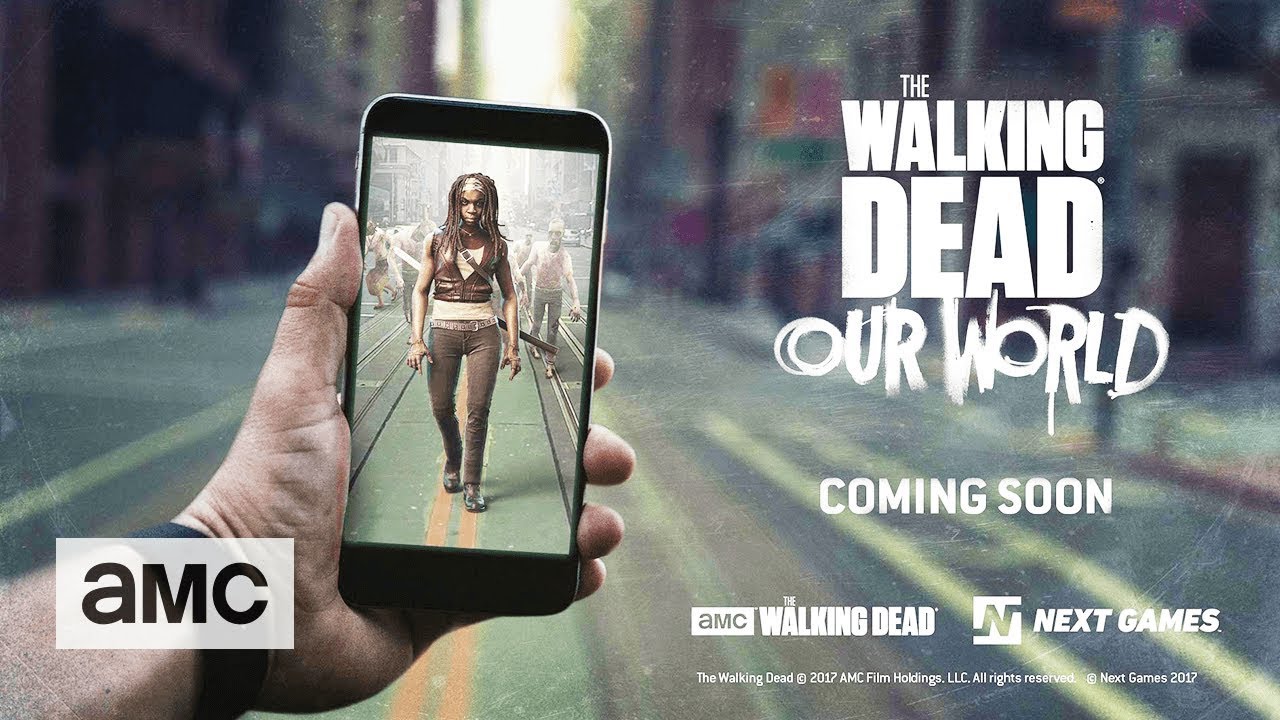 Walking Dead Is Getting A Game Similar To Pokemon Go AMC releases a trailer for their latest Walking Dead mobile game, The Walking Dead: Our World. It only makes sense that there will be other franchise to follow the success of Pokemon Go, so having AMC’s Walking Dead jump on board the location-based augmented reality bandwagon is no surprise. However what is interesting to see is how this game will use location to fight off zombies with the help of Rick, Michonne, Daryl and other favourites from the walking dead. Although in the trailer we don’t actually see gameplay of the game we do get the concept of the game, which is fighting off hordes of zombies that appear in various locations and having your friends and NPCs join you. The two players in the trailer are also seen grabbing different weapons that are in their location and using them against the hordes.

Although it was a concept trailer there is no denying that the game will already get the support of fans of the show. The Walking Dead: Our World has no release date but we do know it will be available on iOS and Android.