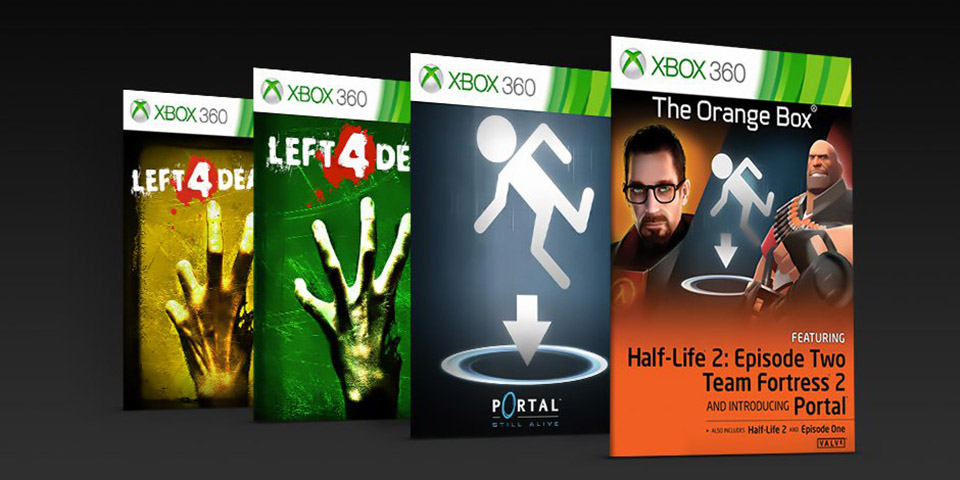 generation saw Valve on almost every platform. I owned two copies of The Orange Bundle, one for both Xbox 360 and PlayStation 3. The bundle included big games like Half-Life 2, Team Fortress 2, and Portal.