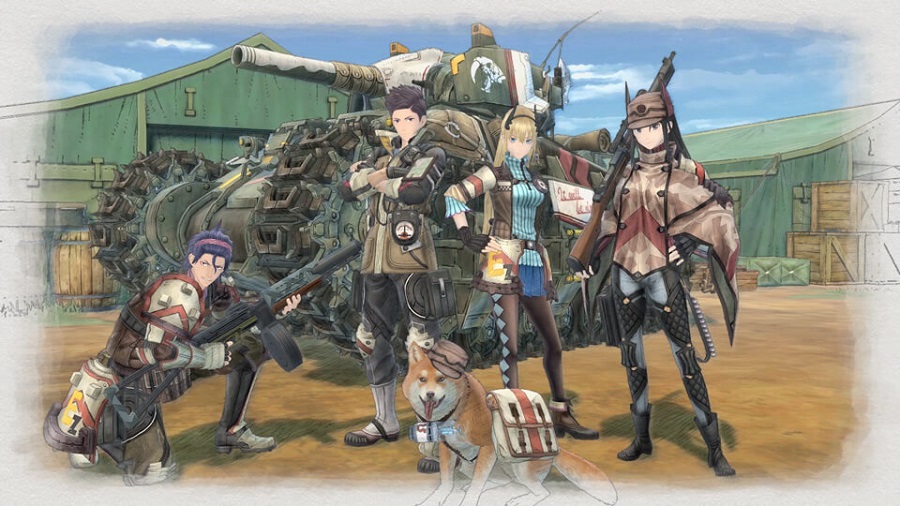 It was announced today that Valkyria Chronicles 4 will be released on September 25 on PS4, Xbox One, PC, and Nintendo Switch. Launch editions across all platforms will include a rather cool Ragnarok controller skin featuring the medic dog while the premium will include a vinyl in-game replica of the impressive Hafen tank. Start pre-ordering now!

A Coming-of-Age Story in a Time of War – Valkyria Chronicles 4 takes place in the same timeframe as the original Valkyria Chronicles, but focuses on a whole new cast of main characters. Players will take command of the eager, young Commander Claude Wallace, engineer/heavy weapons extraordinaire Riley Miller, hotheaded Darcsen Raz, ice-cold ace sniper Kai Schulen, and more. Together, they will experience the painful realities of war–but will the bonds of Squad E’s friendships survive the frozen battlefield?