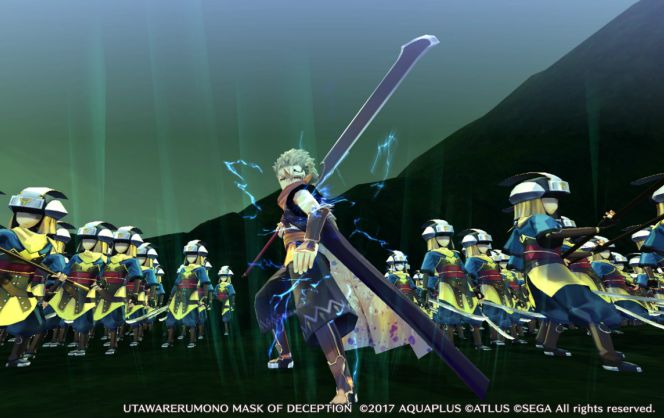 I can’t say I’ve followed this series at all, but this trailer came across my path today as I was going through my emails and after watching it, the series has caught my eye! The visual novel style of the series is mixed with an SRPG battle system that boasts deep combat and rewarding gameplay, I’ll check this out closer to launch.

Mask of Deception follows the story of Haku, a mysterious amnesiac who awakens in an unfamiliar wilderness wearing nothing but a hospital gown and sporting a splitting headache. He’s rescued by a beautiful girl named Kuon, who sports both adorable animal ears and a beastlike tail.

The game is a grand tale that unfolds in a stunning visual novel format. Seriously, the magnificent art style and epic soundtrack (recorded and remastered at the legendary Abbey Road Studios and EastWest Studios) will make it feel like you’re watching a cinematic fantasy unfolding right before your eyes. Except this isn’t a movie, it’s a game that you’ll be in control of on PS4 and/or PS Vita! What better way to pass the time during school/work than getting lost in a new world? Okay, don’t actually play the game during school or work, but you have my full support if you wanted to break out the PS Vita during break/lunch.