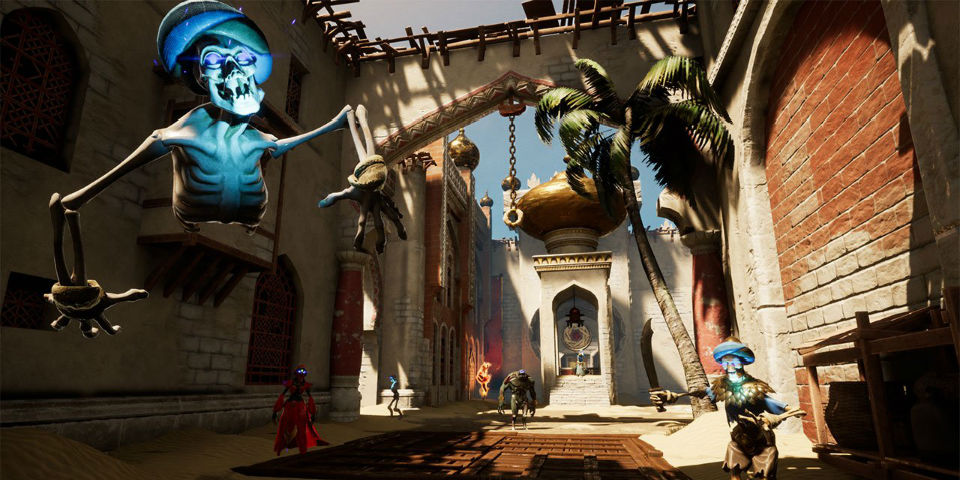 The Arabian Nights-influenced FPS rogue-lite adventure game, City of Brass, has a release date lined up for May. The game comes from Bioshock veterans now stationed at Uppercut Games and will launch on the PlayStation 4, Xbox One, and PC.

You play as a cunning thief in a mythological metropolis that suffers from its love of gold. You’re armed with a bullwhip and blade and are after one thing, the fabled treasure hidden at the center of the opulent ruins. No two playthroughs will be the same as the streets shift between playthroughs requiring players to be on their toes at all times.

City Of Brass will feature a ‘Blessings and Burden’ system meaning at any time the experience can become much easier, but the complete opposite is also possible. This can affect anything from the player’s health and damage to item costs.

“City of Brass is a fast-paced hack-and-slash adventure leaping from the pages of Arabian Nights,” said Ed Orman, co-founder and designer, Uppercut Games, “We hope players will enjoy plundering the city for its treasures when the game launches this May.”