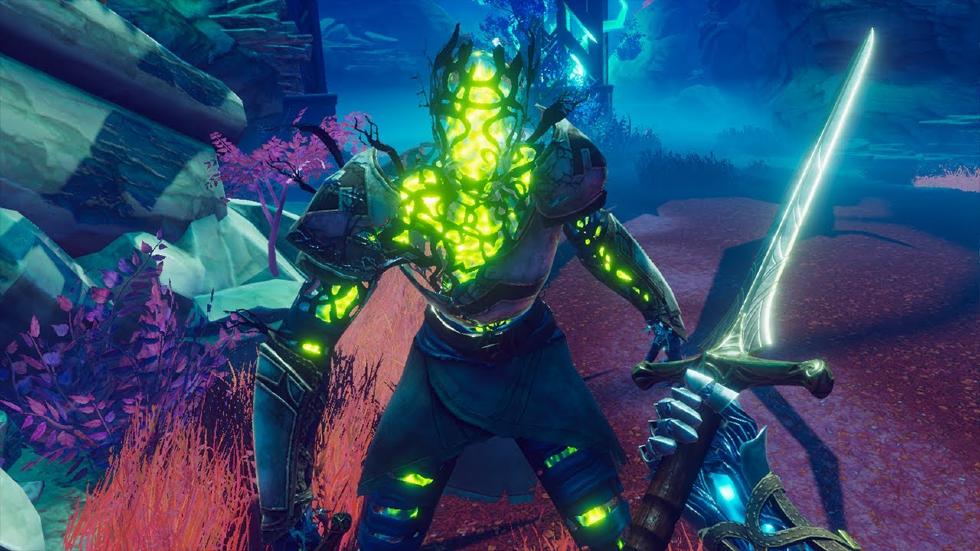 Until You Fall Comes to PlayStation VR This Fall

Taking to the PlayStation Blog today, Adam Kuta, the Community Marketing Specialist at Schell Games, is introducing their new title: Until You Fall on PlayStation VR.

It’s a hack and slash rogue-lite that combines fantasy and synthwave as you become a Sword God, using supercharged abilities while striking down hordes of magic-infused enemies.

“Our team spent copious hours trying to capture the feeling of being a truly powerful warrior, which is the essence of the Until You Fall experience.” says Kuta “To achieve this response, we developed three primary pillars for the game’s direction. These ‘pillars’ serve the team as our collective vision, goal, and concept for the game; they are the foundation of Until You Fall.”

Vile and dangerous creatures fill the corrupted lands of Rokar. But you can stop them, Champion! As a Rune Knight, you are strong. You are a master of melee combat. You are a Sword God.

Each weapon will be distinct – ranging from weight and control to damage output and abilities, or “supers.” Weapons all come with their own set of benefits and opportunities, so you can utilize these to create a unique playstyle.

Continuing on, because this is a VR title, you’ll need to be precise in battle. Using large swings of your weapons deals the most damage to your opponents, reinforcing the idea of heroic movement and cinematic combat.

How is this a rogue-lite? Kuta says this is a core pillar of the game as you get stronger the more you perceive. You’ll continually battle your way through encounters, earn upgrades and new abilities while facing stronger opponents. By playing, you earn Aether, an in-game currency that allows you to grow, upgrade and unlock weapons. The more you earn, you can even learn an enemies’ weakness!