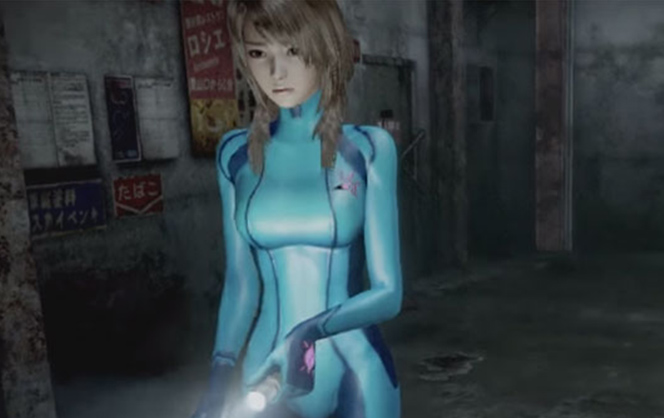 It looks like Fatal Frame: Maiden of Black Water for the Nintendo Wii U will be getting unlockable costumes based on Nintendo characters Princess Zelda and Zero Suit Samus!

Nintendo recently released a trailer giving fans a glimpse at what the character costumes look like in both styles! So far, there are no details as to how the costumes can be unlocked, or if there are going to be any further costume additions to the game.

Fatal Frame: Maiden of Black Water (known as Project Zero in Europe, and Zero in Japan) is the fifth title in the popular Fatal Frame series. Players will be able to control one of three characters, while using the Wii U gamepad to take pictures of the ghosts that lurk around Mt. Hikami, a place where the world of the living and dead collide!

Fatal Frame: Maiden of Black Water is an exclusive for the Nintendo eShop on the Wii U, and will be available on October 22nd for $49.99!