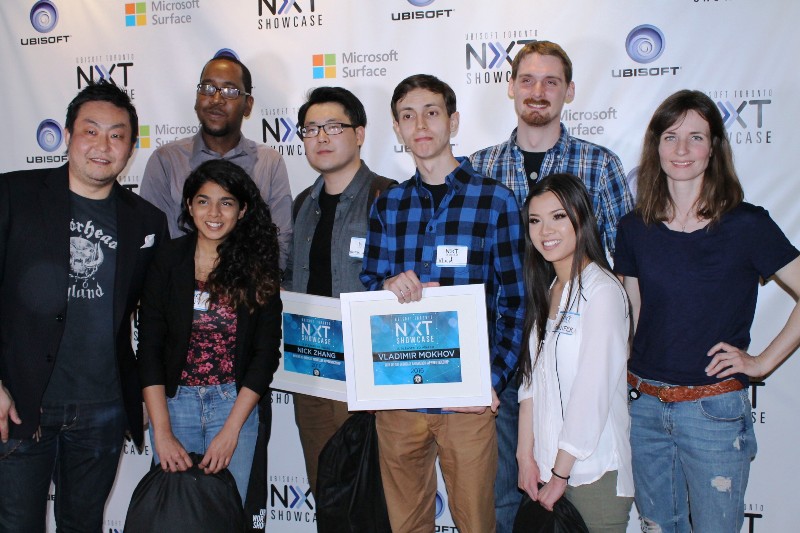 Ubisoft Toronto recently held their annual competition that showcased upcoming artist, in hopes of exposing new perspectives of game design from future game devs. Formerly known as UbiGallery, NXT Showcase welcomed Ontario students and graduates in animation and art to submit their works; in an effort to win the grand prizes of a three month paid Modeler and Animation Apprenticeships. The winners will work throughout the summer with some of the top developers in the business, giving them the experience of working at a renowned game studio. Although this year’s contest introduced new rules to challenge competitors the artists rose above them to “wow” judges.

In previous years the contest focused on 2D and 3D modeler talent, while giving competitors the freedom of creating their own scenes to showcase. This year the contest aimed to build from previous disciplines by adding animation into the mix and allowing artist to enter into either category.

Ubisoft Toronto’s World Director, Scott Lee, explained the reason behind introducing animation, “NXT Showcase became a discipline contest and we wanted to continue to expose local talent. We want to expand this beyond art and animation into other disciplines”.

Along with representing various disciplines the studio aimed to showcase top talent. Ubisoft Toronto set to push entries to outdo previous years, by creating content that artists had to build upon. Animation entries had to be inspired by one of five audio clips or three gameplay actions provided by the studio. Modeler entries required inspiration from a story provided to competitors, while giving them the choice to picking one of three locations in the story. Despite all 86 contest entries having similar foundations for their inspiration, the outcomes show the diversity in interpretations. For example, two of the modeler finalist showcased the same location, a detective’s office; however visually both entries are very different. Jonathan Batt used sunlight to create a warming environment; whereas Nick Zhang created a darker interpretation using the blueness of the moon. Both manage to standout despite being the same location. Many of finalists did a great job of standing out that the judges were shocked at the quality of the entries they received.  Being former students themselves the judges understood the work and dedication that goes behind this kind these. Scott Lee says,

“Artist need to be brave it’s not easy, artwork is always personal and to have that as a judge of your character and future is a tough thing. But those that are committed and show it, will be rewarded, and hopefully we [Ubisoft] is a part of that.”

In the end it was Le (Nick) Zhang who won the Modeler Apprenticeship; and Valdimir Mokhov who was awarded the Animation Apprenticeship. However they weren’t the only ones that were given apprenticeships. In true Ubisoft Toronto fashion, all the finalists will be returning to the studio for summer apprenticeships.