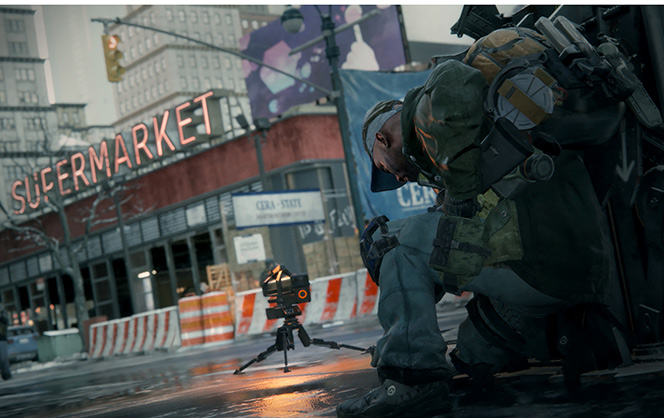 Ubisoft Partners With Vice To Prepare For A Major Pandemic Ubisoft and Vice have come together to document what would happen if a pandemic swept the world and wiped out the population. The last major pandemic was in 1918 in what is known as the Spanish Flu Pandemic which infected a third of the world’s population and wiped out 50 million people.

Ubisoft today announced INFECTED, a shocking three-part documentary series in partnership with VICE Media, as well as the creative, collaborative ‘Fall of Canada’ platform, where Canadian fans and artists can share their best artistic depictions of a fictional Canada facing the spread of a deadly disease.

“The Tom Clancy’s The Division® game presents a fictional universe that challenges us as an individual and a society: how would we react if facing a pandemic? Are our hospitals and institutions ready for such a possibility? What does a chaotic Canada look like?” said Lucile Bousquet, Sr. Director of Marketing and Communications, Ubisoft Canada. “These are the questions we asked the VICE team, but also our fans and Canadian artists, which they can answer in their own way: by a realistic documentary or an artistic depiction of a fiction.”

The surreal idea that something like this can wipe out the entire world is scary – and humanity as a whole should be ready for any situation that arises.

The three-part series begins today which is linked here, with more to follow in February.

Part 1: Is Canada at a risk to be hit by a major pandemic?

We all know what the flu feels like. But what if you contracted a mutated flu virus so severe there’s a 40 percent chance you wouldn’t survive? VICE’s correspondent speaks with medical experts convinced we may be overdue for a repeat of a virus similar to the 1918 Spanish Flu Pandemic that infected a third of the world’s population and wiped out 50 million people. On our journey VICE talks to an expert in mathematical modelling of disease and zombies, and pays a visit to the National Microbiology Lab in Winnipeg—the only lab of its kind in Canada, housing the most dangerous viruses in the world.

Launching February 2, 2016, Canadian artists are invited to visit www.FallOfCanada.ca and try their hand at depicting what Canada facing a pandemic would look like. The website will feature a storyboard inspired by Tom Clancy’s The Division and will invite them to draw, paint, stencil or sketch a select scene from this storyboard in their own style. Fans will then upload a picture of their project to www.FallOfCanada.ca.

Fan-contributed artwork will be voted on by visitors to www.FallOfCanada.ca, with top pieces (as voted on by fans and our judging panel of well-known Canadian artists) receiving a variety of prizes. These include a top prize of $5,000 cash, with two runner-up prizes of $1,000 cash, plus a Tom Clancy’s The Division Prize Pack. This collaborative campaign will culminate with the creation and the distribution of a video featuring some of the top submissions illustrating the collapse of Canada.