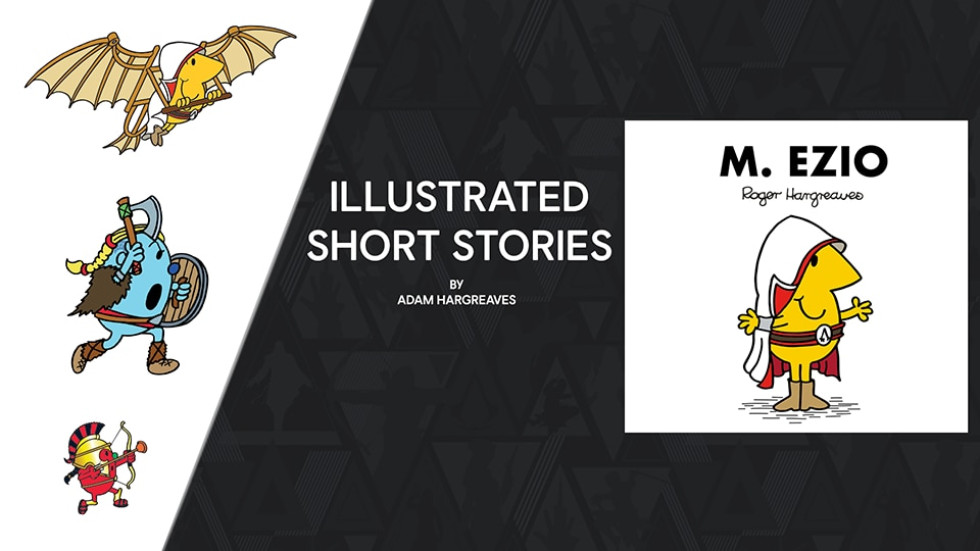 Talk about the weirdest crossover we’ve seen this year as Ubisoft is working on a series of books based on Mister Men and Little Miss but with characters from Assassin’s Creed.

Follow Mister Ezio, Little Miss Kassandra, and Little Miss Eivor, who embark on their own missions as these three Assassins will be the first three featured characters in the series. Of note is that Ubisoft is choosing to stick with female Eivor and Kassandra as the lead protagonist for their respective games, which according to lore, are the true stars.

There is no word on who the other three books will focus on, but I’m hoping we see one based on Edward Kenway and one on Connor.

From what we know, these novels will be illustrated by the son of Roger Hargreaves, who took over duties once his father had passed. While Adam Hargraves no longer retains the rights, he still enjoys drawing these characters.