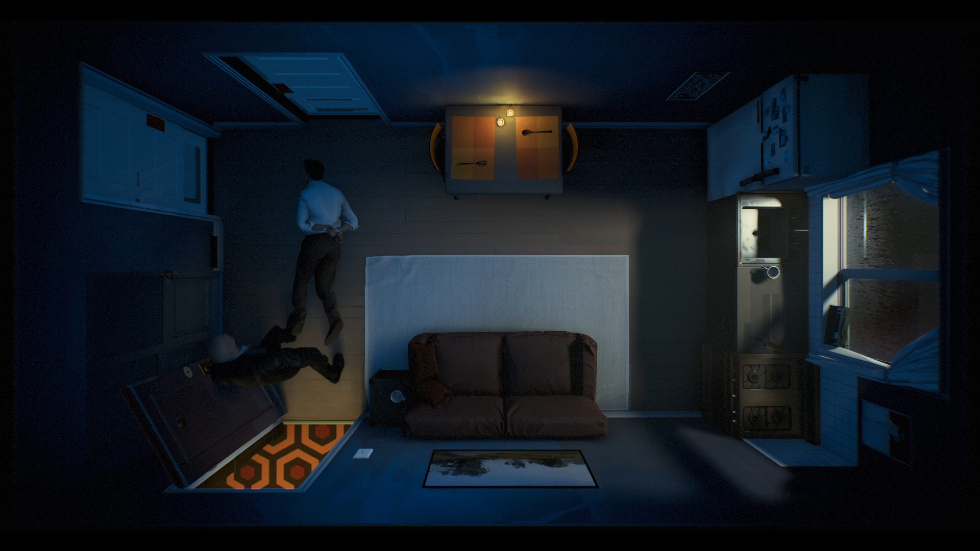 Twelve Minutes is set to launch later this week and in anticipation, publisher, Annapurna Interactive has released a launch trailer of the highly anticipated game.

For anyone unaware, Twelve Minutes is a top-down perspective interactive thriller that takes place in an apartment. The game plays like a point-and-click adventure game and kicks off with a man returning to his apartment suite for a romantic dinner with his wife. After returning and spending time with his wife, there is a knock at the door from a police officer who accuses his wife of murdering his father many years ago.

After arguing with the officer, the player is knocked out by him and attacks/kills his wife plus his unborn child which he learns about later. The man wakes up and quickly realizes he’s back to the moment when he first entered his apartment with the man nowhere to be seen and his wife still home. The man realizes he’s stuck in a time loop, one that lasts for Twelve Minutes in real-time.

The goal of the game is to get the best result and beat the loop in order to prevent the wife from being arrested. The game’s time loop mechanic has been compared to The Legend of Zelda: A Majora’s Mask, while each game session is 12 minutes long, the estimated time to beat the game is six to eight hours. The game’s voice cast features A-list actors including A-list actors like James McAvoy, Willem Dafoe and Daisy Ridley.

It would be an understatement to say that the development of Twelve Minutes has been anything but short. Developer, Luis Antonio first showed off the game back at PAX East all the way back in 2015 and even showed it off more on Kinda Funny’s YouTube channel during that same year too. The game made its resurgence at Xbox’s E3 2019 conference, while comparatively the game looks visually different, the core of the game remained the same.

Twelve Minutes is launching day and date on Xbox Game Pass through PC, Xbox One and Xbox Series X|S  on August 19th.