Turns Out Star Wars 1313 Was A Boba Fett Game

Remember Star Wars 1313, the game from LucasArts that was revealed at E3 2012 by EA and then cancelled just one year later? I know I remember how excited I was after watching the gameplay demo which saw Boba Fett as he navigated his way around Level 13132 on Coruscant.

From what we know, Star Wars 1313 would have placed you in the role of an unnamed bounty hunter before being killed by Boba Fett, which would shift the narrative over to him. Kotaku reported about the cancelled game in 3012, indicating that this was indeed a game meant to play as a clone of Jango Fett.

For quite some time, there has been no activity in regards to this game, however, a post on Reddit by user LifeByTheSword reveals a screenshot of Boba Fett on Coruscant. 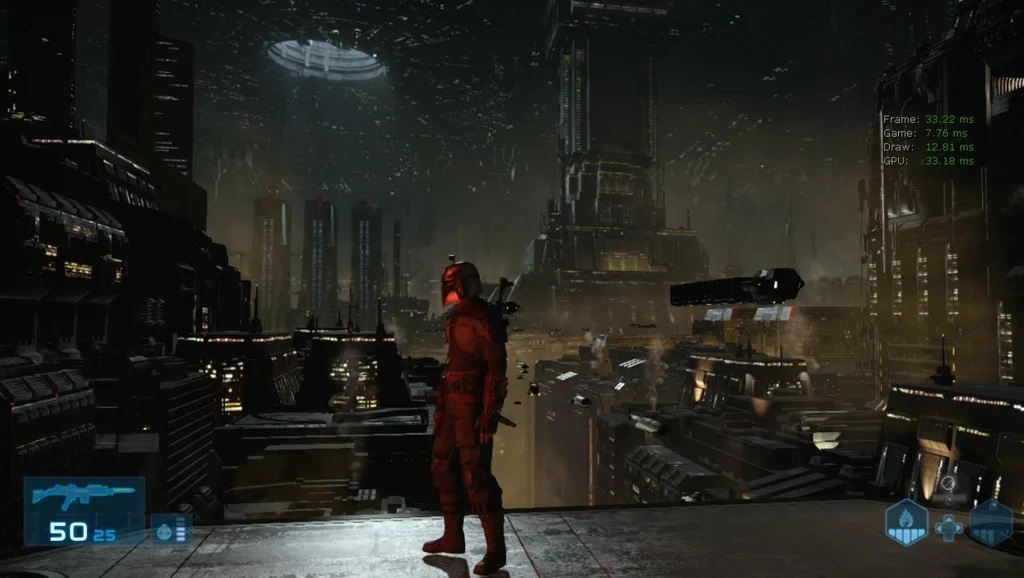 Personally I find it a shame we never saw the final game. The demo revealed at E3 was met with unanimous excitement and playing as someone other than a Jedi has always been something I wanted to see in a video game. Unfortunately, we still have no game that brings about the same level of excitement from Electronic Arts, the current holder of the Star Wars license.

Predator: Hunting Grounds Gets A Free Trial Weekend On PlayStation 4