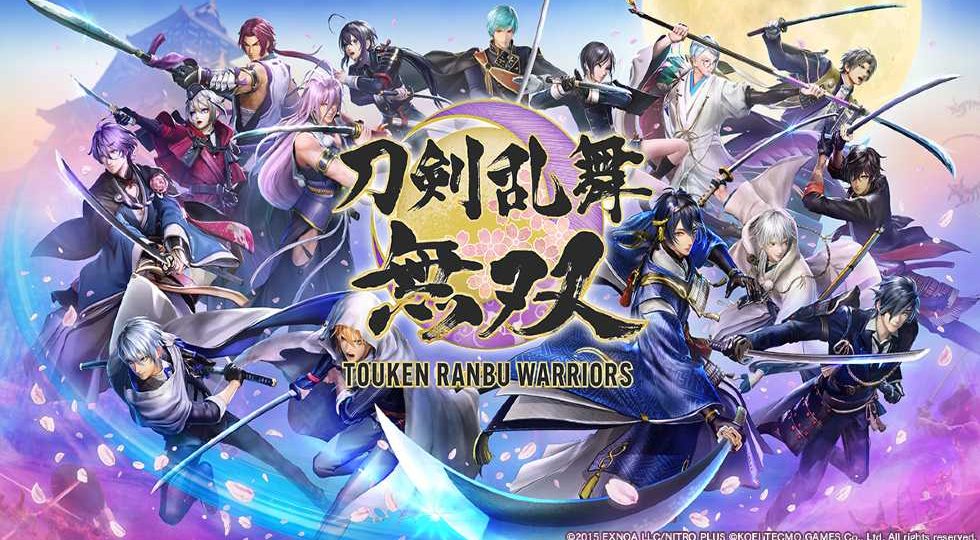 Massive multiplayer and historical heartthrob title Touken Ranbu is the next in a long line of video game IPs to get the Koei Tecmo Warriors treatment in Token Ranbu Warriors.

Touken Ranbu Warriors is due out for Switch and PC  on February 17, 2022, in Japan by way of Ranbu developers DMM Games and Nitroplus. It’ll be available here in the West as a Switch exclusive on May 24, 2022.

For those less familiar with the recent arrival to North America, Touken Ranbu is a free-to-play online collectable game where players –who are overwhelmingly female — collect cards of famous swords from Japanese history personified as sexy anime dudes.

Koei Tecmo promises a game that will, “combine the Touken training of the Touken Ranbu -ONLINE- simulation game with the breathtaking action of Koei Temco’s popular Warriors musou series, delivering must-play 1 vs. 1,000 combat.”

There are 15 playable swords… I mean boys! You can find out more about each on this handy introduction page.

According to the press release for the game, “in Touken Ranbu Warriors, members of Touken Danshi have been drifting through time without their master — the Saniwa — to lead them, when they are suddenly attacked by the fearsome History Retrograde Army (HRA). After the initial conflict, the Touken Danshi are approached by the Government of the Time and sent on a mission into the war-torn Sengoku Era where the revision of Japanese history is already underway. Can the Touken Danshi heroes restore order while restoring the original timeline?”

Touken Ranbu Warriors will be shown off in full effect at the Tokyo Game Show on October 2, beginning at 23:00 JST. You can watch it live or catch it as VOD on the official DMM Games YouTube channel.