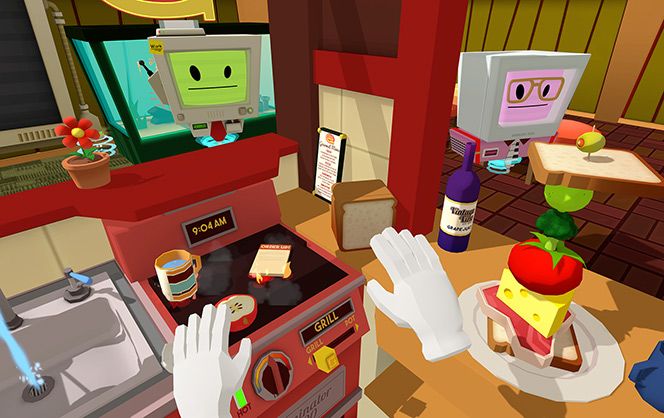 Launching on Saturday, May 6, House of VR is Toronto’s First Virtual Reality Lounge. A futuristic arcade, gallery and event space, House of VR is located in the historic Burroughes Building at 639 Queen Street West (at Bathurst).

Imagine touring the Roman Coliseum in Italy, meditating on the beaches of Hawaii, or sitting front row in an NHL or NBA arena. Now imagine experiencing it in a VR viewing pod in a cool futuristic lounge on Queen West.

“91% of Canadians have yet to try Virtual Reality,” says owner Jonah Brotman. “Once you put a headset on, you’ll be blown away by how immersive the experience is. House of VR wants to be the central hub of Virtual Reality in Toronto.”

House of VR is a new entrant into the “adult play experience” category, made popular by escape rooms, axe throwing and board game cafés. With successful VR lounges in New York, Vancouver and many other cities in North America, House of VR is leading the charge in the Toronto market.

“For such a hip and cultured city, I was surprised that Toronto was behind on the VR trend,” says Brotman. “People are always looking for exciting and new things to do with friends, family or co-workers, and House of VR is just that. We’re not just a virtual reality arcade for gaming, we’re so much more.”

House of VR will feature 10 “View” units (360˚ cinematic films) and 13 “Play” units (games and experiences in 1st person Virtual Reality and 3rd person Mixed Reality where players are green-screened into the game). Licensed content will cover everything: popular VR games, VR experiences in art and design, tourism, entertainment, education, meditation, kids-focused content and live sports. For example, imagine being in the middle of a Cirque du Soleil show, shooting cardboard zombies or walking the plank off a tall building all in the course of an hour. House of VR will be curating and updating content on a weekly basis so every visit will have some fresh new experiences.

“We’re really excited about the broad range of capabilities and functions that House of VR has to offer,” says creative director, Stephanie Payne. “We are bringing in high-school students to show the next-generation of education tools, corporate groups that focus on team-building activities, and Art Battles where the public can vote on their favourite live 3D artists.”

House of VR will also feature an interactive pillow lounge with hand-gesture controlled lighting, colour-changing murals and a galaxy installation that will make even your bathroom visit Instagrammable.

“The way we interact with art is changing in the 21st century,” says Payne. “Art is no longer personal, it’s become a shared experience.” House of VR wants to help facilitate that sharing, both in its funky futuristic layout, and online through video snippets of players in Mixed Reality. “Seeing a video of yourself swinging a sword or hitting a homerun in VR is pretty cool.”

For more information you can visit the House of VR site here.